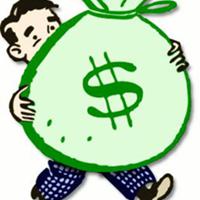 We are witnesses to the greatest acts of political cynicism I have seen. Two of them, in fact, made all the more cynical by the amazing timing of their commission.

Last month the provincial Liberals let us in on a document -- you might call it a peace treaty turned into an alliance -- from Premier Clark and Premier Redford of Alberta concerning pipelines and tanker traffic. The "pith and substance," as we lawyers say, is that the pipelines (plural) and tanker traffic will go ahead based on the "certainty" that no pipelines will burst and no tankers will spill. And on the remote chance that an accident does occur, we'll have "world class" cleanup all ready to make things right.

Two days later the Tory speech from the throne in Ottawa promised much of the same. So there we have it, fellow British Columbians, your sensitive environment on land and sea will be safeguarded against catastrophe by "world class" cleanup squads from somewhere.

I challenge both governments to give us a referendum. Give us a clear question: "Are you in favour of oil pipelines and oil tankers in British Columbia?"

Let's, just for the hell of it, look at the question of spills.

First of all, they are a mathematical certainty. Enbridge, the proponent of the Northern Gateway, averages one a week.

The pipelines will go through one of the last of the world's wildernesses and threaten some 800 rivers.

Of course tanker traffic has improved its record since the Exxon Valdez, but so long as human error is involved, accidents will happen. And due to the special cargo they carry -- more about that in a moment -- the consequences will be horrific.

The apt analogy: If you play Russian roulette, even with 100 chambers, sooner or later you shoot yourself.

But there are two other factors. If the revolver has only marshmallows in its chambers, who cares if it goes off? The problem here is that the result of a spill, on or off shore, is calamitous. The product is not marshmallows or ordinary crude oil (as the Exxon Valdez was carrying), but "dilbit" -- bitumen diluted with toxic chemicals -- which poses much more of a problem. It will likely sink if spilled in the ocean as it did in the Kalamazoo River spill in 2000, a spill that still hasn't been cleaned up.

Secondly, on land these spills will certainly occur in impossible to reach areas. You can helicopter a crew in, but how the devil will you get heavy machinery there? Getting crews to a tanker spill also presents this problem, compounded by the fact that the bitumen will have largely sunk by the time "world class" cleanup arrives. And Kalamazoo demonstrates that even when a spill is accessible, it is still near impossible to clean up.

The important thing to remember is the marshmallow. If with pipelines and tankers the consequences were minimal, I wouldn't be onto this, nor would other environmentalists. In short we're not against all development, but against that which will seriously damage what we hold dear -- supernatural B.C.

Here's the cynicism. The governments of B.C., Alberta and Canada at large make light of the rights of First Nations. Like the Bourbons, they've learned nothing and forgotten nothing. When I read the Clark/Redford release I could not believe the patronizing words when it came to First Nations. I half expected them to offer wampum and beads for land rights.

The speech from the throne left the same impression.

Here's what really ought to get us pissed off. The Joint Review Panel of the Canadian Environmental Assessment Agency. This panel is hearing evidence concerning the environmental issues around the Enbridge proposal. It's a joint B.C./Federal animal and as we shall see, it's a sham.

Through Energy Minister Joe Oliver and the Prime Minister, the federal government has said the pipeline will go through, irrespective of any findings by the panel. And now, by her agreement with Redford, Clark has said the same thing.

Why have they done this?

Because, as I've been saying and writing until I am blue of face and tongue, these hearings are a sham. By the terms of their mandate they are not permitted to deal with the advisability of the project, but only what environmental issues should be looked at.

I have been to such meetings and know what I'm talking about.

As I said, the federal Tories and provincial Liberals have forgotten nothing and learned nothing. We must, all of us, join together and remind both governments of the Charlottetown Accord on constitutional amendment in 1992.

Both governments were sure that we would do what we were told. Then premier Mike Harcourt phoned my producer asking how poor old Rafe was going to handle it when the resounding "yes" vote came in?

She replied that Rafe doesn't think he needs to worry about that.

You will remember that nearly seven of 10 British Columbians gave the finger to both governments and said "no."

Resistance, and a citizen vote

What, then, do we do as a figurative action rather than the literal action based upon the 1848 cry in Paris, Aux Barricades!

Two things. There must be a referendum. We must unite as one and demand the machinery be put in place. This is of paramount importance. The governments will work like hell to start the Enbridge pipeline before we can rally.

Secondly, we must organize civil disobedience around the province and make sure we have thousands prepared to go to jail. (As I have pledged in print and on air, I will be one of those people, antiquity and "walker" notwithstanding.)

What I have just said will be greeted by governments and their lackeys as fomenting violence.

Not only is that not so -- I abhor violence -- it will prevent the violence that will occur if there is no outlet for citizen input.

This is our last chance. The fix is in. We are victims of an elected dictatorship that is convinced it knows what's best for the people more than the people know what's good for them.

Again I say: I challenge both governments to give us a referendum. Let all sides of these issues be debated openly, and address a clear question: "Are you in favour of oil pipelines and oil tankers in British Columbia?"

Or are they afraid that the peasants won't understand these things? That we don't care about our province? That the politicians in Victoria and Ottawa know best so that rather than go through the democratic process, we should leave things to our MLAs and MPs?

The plain truth is that the governments are indeed scared of the people, and will indeed operate on the assumption that they do know best.