"While the RCMP believes this threat was real, at no time was the security of the public at risk... These individuals were inspired by Al Qaeda ideology... It is very important that Canadians remain vigilant." -- RCMP assistant commissioner James Malizia on July 1 terror plot 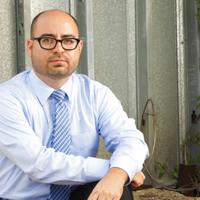 What Role Did RCMP Play in BC Bomb Plot?

Two weeks after their shocking arrest on charges they planted bombs at the B.C. Legislature on July 1, there are far more troubling questions about them than answers from the RCMP.

But the case seems to have eerie echoes of terrorism arrests in the United States, where clueless and troubled people have been convicted of deadly plots after undercover agents and informers "facilitated" their crimes to incredible degrees.

Take James Cromitie, a low-level ex-drug dealer working at Walmart who converted to Islam. A well-paid FBI informant befriended Cromitie and promised him $250,000 and a new BMW car to fire Stinger surface-to-air missiles at U.S. military planes and plant bombs at Jewish targets in New York.

"Only the government could have made a 'terrorist' out of Mr. Cromitie, whose buffoonery is positively Shakespearean in its scope," said Judge Colleen McMahon.

"I believe beyond a shadow of a doubt that there would have been no crime here except the government instigated it, planned it and brought it to fruition," McMahon said, but nonetheless sentenced Cromitie to 25 years in jail.

U.S. author David K. Shipler has detailed many more U.S. examples of the successful capture of domestic terrorists that show often those arrested could only create their plots with police aid.

"Of the 22 most frightening plans for attacks since 9/11 on American soil, 14 were developed in sting operations," Shipler wrote recently in the New York Times.

It's important to state that Nuttall and Korody are presumed innocent until proven guilty. And questioning RCMP actions is not to condone illegal activity -- it is necessary in a democratic society to ensure citizens have confidence in police.

Nuttall's defence lawyer Tom Morino has raised fears that his client could have been "entrapped" by police -- and Morino has not yet received police disclosure of the case against his client that might explain how the operation proceeded.

So where did Nuttall and Korody get the knowledge, ability and money to allegedly build and plant potentially deadly pressure cooker bombs at the B.C. Legislature in Victoria on July 1 to cause a Canada Day massacre?

How were two people taking methadone, a drug used for heroin and other narcotic addicts to reduce withdrawal symptoms, able to function at such a level that necessitated a major five-month police operation by Canada's top cops?

One of Korody's former co-workers believes someone must have "coerced" the pair into the plot based on her knowledge of the pair.

Were there undercover agents or paid informants from either the Canadian Security Intelligence Service or the RCMP's Integrated National Security Enforcement Team "assisting" Nuttall and Korody in their alleged plot? If so, how?

"In order to ensure public safety, we employed a variety of complex investigative and covert techniques to control any opportunity the suspects had to commit harm," Rideout said. "These devices were completely under our control, they were inert, and at no time represented a threat to public safety," he said without explaining how.

Why did Nuttall and Korody's landlords Ramesh and Shanti Thaman allow media to enter their home, shoot videos and examine their belongings after the RCMP raid had ended? Did the RCMP condone or encourage that?

"It's up to the media to decide whether they have the legal authority to enter that suite," RCMP Sgt. Peter Thiessen told Canadian Press.

The BC Civil Liberties Association has criticized the landlords, noting that just because someone has been arrested their residential tenancy rights are not terminated.

The media tour has also prompted debate among journalists about the ethics involved.

Why were the landlords present for Nuttall and Korody's appearance in B.C. Provincial Court, but only willing to say it was not to provide support for the pair? Were they there out of mere curiosity?

There are many more questions that may or may not be answered at Nuttall and Korody's bail hearing on August 7 in BC Supreme Court or at their trial.

Almost 10 years ago the B.C. Legislature was raided by police in what became known as the Basi-Virk case, when BC Liberal ministerial aides David Basi and Bob Virk were charged with breach of trust.

At the time, the RCMP's official statement made the situation sound far different than it turned out.

"I can say that in general, the spread of organized crime just in the past two years has been like a cancer on the social and economic well being of all British Columbians," RCMP Sgt. John Ward told media.

"Today, the value of the illegal marijuana trade alone is estimated to be worth in excess of $6 billion. We are seeing major increases in organized-crime related murders, beatings, extortion, money laundering, and other activity which touches many innocent lives."

In the end, despite Basi and Virk vociferously defending themselves against the charges for six years, they agreed to a plea bargain deal and admitted guilt. A third man had his charges stayed.

But there was no organized crime connection, no murders, beatings, extortion or drug dealing involved -- just two top level government officials confessing to payoffs from BC Liberal-connected lobbyists for inside information on the $1 billion privatization of BC Rail in 2003.

That's another reason why the RCMP have an obligation to lay out their case and explain their investigative tactics before Canadians should draw conclusions about how serious a terror threat this truly was.