Getting Real about BC's Public Finances

The B.C. government likes to boast that the province's personal income tax rates are among the lowest in the land, if not the lowest. Expect to hear it repeated a lot in TV ads over the coming weeks, when the legislature reconvenes in February and when the 2013 provincial budget is tabled. 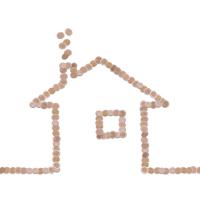 On one level they're right. On another it's a bit of a pig in a poke, because income taxes are just one part of any government's revenue mix.

Governments can and do cut income tax rates for a variety of political reasons, while simultaneously raising fees on a dizzying array of other services to offset those cuts.

Somehow they can do both at the same time with a straight face. The B.C. government is no wallflower when it comes to the tomfoolery.

Bottom line though: is it fair to form any opinion about a province's fiscal shape just by comparing income tax rates without a more thorough analysis of each province's programs, transfers, user fees and its fiscal relationship with local governments? No province is a fiscal carbon copy of another.

Case in point: according to a chart in the B.C. government's 2012 budget highlights, B.C. has the lowest personal income tax for those earning $80,000 and Quebec the highest.

But Quebec doesn't charge its citizens monthly health care premiums, it has a universal pharmacare system, $7 a day public child care, and its university students pay the lowest tuition fees in Canada.

Fault their choices, but Quebecers have chosen governments that have maintained these programs -- financed in part through higher income taxes than other provinces -- over successive elections.

On the flip side, Alberta -- which according to the B.C. government has the second lowest income taxes for those earning $80,000 -- has no provincial sales tax. And like Quebec, Alberta has no health care premiums.

Taxing you coming and going

It's simply disingenuous for the B.C. government to thump its chest over the province's income tax rates without factoring in the myriad of other fees it levies on citizens as well.

As an example, healthcare premiums brought in $1.86 billion last year, an increase of 95 per cent over 2002.

Motor vehicle licenses and permits brought in another $479 million. Add it all up and we're talking some hefty coin. According to a 2011 report by B.C.'s auditor-general, the government collects more than $4 billion from fee-based goods and services.

So perhaps instead of boasting about income tax rates, it would be better to speak of an overall tax burden.

Add on healthcare premiums and motor vehicle licenses and we're talking another $2.34 billion or $505 per capita. That's $700 million more than the province collected in corporate income tax.

But it doesn't stop there.

An argument can also be made that other new fees-for-service and rate increases are often financing programs and economic development plans that would otherwise be assumed by the province and presumably paid for through increased taxes in the absence of these other fees.

Quickpass sounds nifty, but it's still collecting a toll and tolls are arguably a form of taxation, albeit charged directly to users of a bridge or highway.

While gambling is not in the pure sense a tax, it is a cash cow. In 2012, the B.C. Lottery Corporation contributed $878 million to the province's bottom line, up 95 per cent over 2002. The pockets picked -- voluntarily in most cases -- were primarily those of B.C. taxpayers.

A toll here, a casino there and the B.C. government is doing its best to find more-and-more imaginative ways of picking our pockets without hiking income tax rates. But our pockets are still picked.

Love them or loathe them, the Fraser Institute has B.C. in fifth place when it comes to the organization's annual Tax Freedom Day when citizens purportedly stop working for the government and start working for themselves. Not bad, but far from first place.

B.C. may be able to boast to some of Canada's lowest personal income tax rates, but that's a far cry from being able to argue that B.C. taxpayers are getting off the hook. Because just as a rose by any other name would smell as sweet, a tax by any other name costs as much.

This is the second of a three part weekly series on B.C.'s public finances. Read the first one here.

Next week part three: Selling B.C. one piece at a time.