Not so hasty. That's the advice I'd give the Chilliwack school board, which appears to be on the verge of ordering an about face for the Christian soldiers distributing Gideon Bibles in public schools. 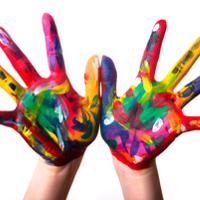 'My Children Are My Own, I Own Them'

The school board will be reconsidering its Bible giveaway scheme at a meeting tonight due to a somewhat tardy review of the B.C. School Act, which states schools must be "strictly secular and nonsectarian."

By "reconsidering" I assume they mean backtracking before someone sues. And I despair at such shortsighted thinking at a time when daily headlines warn us of shortfalls in education budgets.

Forget about fighting the New Crusades: this isn't a religious faux pas, it's a fundraising opportunity!

If the Gideons want the privilege of peddling their holy books to a captive market of susceptible tweens, we should charge them for it.

The way I see it, Christianity is a lot like Coke. No, not just because both leave a vile taste in your mouth. And no, not even because a case can be made for each of them as a health hazard. They're alike in that both pop and religion need to hook their customers young before their critical thinking skills kick-in and they develop better taste.

The Gideons aim their product at Grade 5 students for the same reason so many merchants focus on what is known as the tween market. From about 10 to 14 children are at their most vulnerable to brainwashing techniques that come under the umbrella of marketing. At the same time they're relatively independent and able to make a lot of choices about what they buy or buy into. Due to their vulnerability, they're not just a windfall now, they're often lifelong customers.

I wouldn't be surprised if the God squad gave the sugar pushers the idea to invade the schools in the first place, since religion has always made special efforts with kids. As the Jesuits like to say, "Give me a child until he is seven and I will give you a man."

That's the reason television gets away with charging prime rates for the 30-second spots surrounding kids' cartoons. It's not like the poppets have much cash to call their own. Although the nagging skills of prepubescents in search of a Happy Meal are legendary, the ads also serve to create warm and fuzzy childhood memories that are associated forever with Froot Loops. Which explains why long past an age when you know better you catch yourself treating a broken heart with Oreos and chocolate milk.

Why, I ask you, are school boards giving purveyors of any product free access to this publicly owned goldmine?

It's often said that children are our most precious natural resource, and since Canada is a country founded on exploiting natural resources, I can't understand why no one else has spotted the obvious free market solution to the Gideon kerfuffle. Junk food sellers pay a premium for access to kiddies via school cafeterias and vending machines. Why should purveyors of junk ideas be treated any differently? That seems downright discriminatory.

But we have to act fast because the window on this opportunity is closing swiftly due to the usual suspects missing the big picture.

High profile atheists like Hemant Mehta (The Friendly Atheist) are cheering Richard Ajabu, the parent who first protested the proselytizing in October. Then the B.C. Humanist Association got into the act, calling on Education Minister Don McRae to investigate the state of secularism in public schools. It seems the Gideon invasion of Chilliwack is just the thin edge of the wedge and there are signs of creeping religion in Powell River and Abbotsford too.

Meanwhile the Christians have been offering views like the one Art Monner expressed in a letter to the Chilliwack Times.

"Why is this irritating Mr. Ajabu's mind? I must say that Hindu, Muslim, etc. rituals are irritating Christian minds as well. Christians developed this country, not Hindus, Muslims, etc.," Monner writes. "Mr. Ajabu has only one honest solution: go back to his home country, practice his religion over there."

By the way, Monner reminds me that someone needs to tell McRae that it's time to improve the history curriculum and make sure citizens understand that Canada's Charter of Rights and Freedoms doesn't just guarantee freedom of religion, it guarantees freedom from religion.

Speaking of which, I'm not sure why so many of the faithful get the idea that freedom of religion gives them license to foist their crackpot notions on other people without so much as a by-your-leave.

Originally the laws were meant to prevent the state imposing its religious values on citizens. Ideally, we'd like to avoid any return to the excesses of rulers like "Bloody Mary" -- that was Queen Mary, the Catholic daughter of King Henry the VIII. She earned her nickname by slaughtering her Protestant subjects in a bid to get everyone singing from the same song sheet. Or possibly to get even with daddy for inventing a new religion and loving her sister best. Who knows?

The point is we want protection from the possibility of, say, some prime minister becoming enamoured of some American fundamentalist church and trying to impose their loony views about women on Canadian society. Just for example.

Whenever religious disputes crop up I find that all respect for logic, facts, and common sense fly out the window. So it's easy for combatants in the holy wars to forget that the philosophical underpinning for democracy is to create a good life for everyone, however each of us defines it. Although we all define it as including a proper education, without which you have no democracy.

Since we seem to be running out of options for funding that, I'm happy to let the evangelicals spread the good news in our schools for fee. Ditto the rest of the preachers and peddlers of various and sundry stuff, since everyone's business relies on making converts.

Religions may celebrate the noble poor but they're inclined to be prosperous, which makes them excellent candidates for this funding project. Just consider the booty in the Vatican. Or Scientology's millions of auditing customers. And since many houses of worship sit on prime real estate while paying no taxes, they're often quite flush. With this little budget boost, I imagine we could be on our way to internationally competitive math scores in no time.

Allowing the market to decide whose holy book gets a berth in the vending machine isn't just more egalitarian, it's nicer. Money is impersonal, so there's none of the bigotry and general nastiness that arises whenever we debate who has the best fairy-on-a-cloud. Naturally the atheist groups should feel free to fund access to the works of Christopher Hitchens and Sam Harris.

I've approached one school board with my fundraising plan, but so far my notes have been met with a surprising silence. That's why I'm making my vision public before it's too late.

I fear the Chilliwack school board's meeting tonight may get religious products banned definitively from public schools before all of B.C. has a chance to consider it as just another consumer choice in the marketplace. Aren't they just as deserving of paid access to young customers as, for example, McDonalds?

Of course there will always be some parents who let their kids wear designer duds and tote iThingys while finding it repugnant to admit their little darlings as just another target market. But I think most citizens will enjoy the irony of letting more organizations pay for the opportunity to expand their clientele while funding the only real defence against an increasingly predatory marketplace: a good education.