The Harper government's frantic efforts to join the Trans-Pacific Partnership (TPP) negotiations came to fruition last week, with the announcement that Canada will be admitted to the talks. 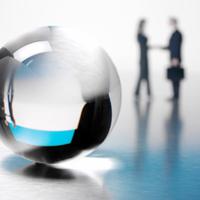 The TPP is a nine-member, U.S.-led effort to create a "21st century" trade and investment agreement. The U.S. is seeking a tough, far-reaching agreement favouring U.S. commercial interests that China, Japan and other trading rivals will have little choice but to join. China, however, appears to view the TPP as little more than an American plot.

Canada already has free trade deals with four of the current TPP members (the U.S., Chile, Peru and Mexico). As economist Jim Stanford has noted, the other six (Australia, New Zealand, Malaysia, Singapore, Brunei, and Vietnam) combined account for less than one per cent of Canada's exports. The United Steelworkers points out that, "any conceivable increase in exports to these markets would be almost insignificant in terms of total Canadian output and employment."

While claiming that it made no substantive concessions to get in, the Harper government almost certainly signalled its flexibility on key stumbling blocks such as agricultural supply management and intellectual property rights protection.

The high costs to dairy, poultry and egg farmers, our artists and cultural industries, internet freedom and a wide range of other public interests will eventually become all too obvious.

One hand tied behind our back

Canada's terms of entry to the talks can only be described as demeaning. The United States Trade Representative (USTR) set out the conditions for entry in a letter to both Canada and Mexico. The letter has not been released, but its contents and the conditions governing Canadian and Mexican participation have been reported in a Washington trade policy publication.

For two years, Canada has been lobbying heavily to get into the talks. The Department of Foreign Affairs and International Trade balked at the onerous demands coming from Washington, but in the final days the file was taken over by the PM's chief of staff who was dispatched to Washington to secure Canada's entry, apparently at any cost.

Sight unseen, the government of Canada has agreed to accept any negotiating text on which the nine current members have already reached consensus. According to the USTR, this includes all agreed ("unbracketed") text within chapters that are still open, not just completed chapters. To date, only one chapter has been completed.

It is almost unbelievable that Canada accepted this condition. The 12 rounds of TPP negotiations have been wrapped in unusually tight secrecy, though draft versions of two chapters (investment and intellectual property) have been leaked.

What's more, the Canadian government apparently accepted a further condition that it will not reopen any text that is agreed upon during the period before it gains full negotiating status. Canada and Mexico will not be able to formally join the negotiations until after other TPP countries complete their domestic consultations on the new partners' entry. The USTR will soon notify the U.S. Congress of Canada's impending entry, which will trigger a 90-day consultation process.

Canada will probably not be a full participant at the negotiating table until the fifteenth round, which will be held in December. In the meantime, two more full rounds in July and September will have been completed. Playing hardball, the USTR has brazenly stated that Canada and Mexico will not even be granted observer status at the July or September rounds. Presumably, they will not be granted access to the text either, until after the internal U.S. review period is over.

This means that during the next two rounds, the nine current members will have the opportunity to reach consensus on areas where they know that Canada has sensitivities, notably agricultural market access, drug pricing, cultural industries, and copyright protection. It also means that U.S. lobbyists, representing everything from brand-name drugs, agricultural exports, motion pictures and softwood lumber, will have a free hand to try to insert their own poison pills ahead of Canada's entry.

By agreeing to these unprecedented and humiliating restrictions on Canada's ability to negotiate freely, the Harper government has also clearly telegraphed its desperation to be part of this agreement, whatever the ultimate cost to Canadians.

Despite official claims to the contrary, it is very clear that both Canada and Mexico have entered these high-stakes negotiations as second-class participants. The USTR is firmly in charge, and the Americans have once again confirmed their well-deserved reputation as ruthless negotiators. They have exacted a high procedural price for Canadian entry.

In its desperate bid to be part of these talks, the Harper government has left Canadians with a clear choice -- to take an agreement shoved down our throats by the U.S. and its powerful corporate lobbies or to leave it. Given the obvious costs, the only dignified option is clear.