Technology law and policy is notoriously unpredictable, but 2012 promises to be a busy year. My best guess for the coming months: 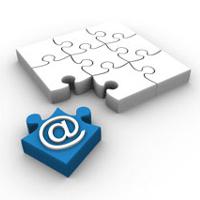 The Year in Tech Law, from A to Z

January. The Supreme Court of Canada holds a hearing on whether Internet service providers can be treated as broadcasters under the Broadcasting Act. The case, which arises from a CRTC reference to the courts on the issue, represents the last possibility for an ISP levy similar to the one paid by broadcasters under the current rules.

February. Industry Minister Christian Paradis unveils proposed spectrum auction rules along with changes to Canadian restrictions on foreign ownership of telecom companies. After the earlier trial balloon of opening up the market to companies with less than 10 per cent market share generated a tepid response, the government jumps in with both feet by announcing plans to remove foreign investment limits for telecom companies starting in 2013 in conjunction with the next spectrum auction.

March. Canada and the European Union reach a preliminary agreement on a major new trade agreement. While much of the attention is directed toward the implications for the agricultural sector, Canada quietly caves on patent issues that may add billions to pharmaceutical costs. Meanwhile, Canada formalizes its open government commitment at a global meeting in Brazil.

May. The CRTC conducts another fact-finding exercise on the impact of over-the-top video services such as Netflix. The exercise fuels hope among some groups of new regulatory requirements for online video providers, but the CRTC ultimately decides to delay any new action until the conclusion of the next round of new media hearings planned for 2013.

June. Bill C-11, the copyright reform bill, passes the House of Commons with few changes from its original form. All opposition parties vote against the legislation. The bill still requires Senate approval, but stakeholders begin thinking about the courts as copyright holders explore enforcement lawsuits, consumer groups consider a constitutional challenge to the digital lock rules, and some creator groups entertain legal action on the limits on fair dealing.

July. Nearly one year after proposing anti-spam regulations, the government unveils modified regulations and seeks further public comment before the law takes effect. The new regulations establish a series of new exceptions to the law consistent with the demands of several marketing groups.

August. Rogers Communications, the last major Canadian ISP to use traffic shaping tools to restrict the use of peer-to-peer technologies, drops its approach several months after a CRTC net neutrality enforcement action concludes it is violating Internet traffic management regulations.

September. Canada gains entry to the Trans Pacific Partnership trade negotiations after it signals its willingness to consider reforms to all sectors of the economy. The TPP negotiations raise the possibility of a massive overhaul of Canadian intellectual property rules.

October. The Supreme Court of Canada releases its much-anticipated set of five copyright rulings. The court sides with Apple and Canadian telecom companies in concluding that music previews may be treated as consumer research for the purposes of fair dealing, rejects SOCAN's bid for compensation for the music found in downloaded video games, and confirms Access Copyright's demand for payment for classroom copies.