The ongoing cuts and changes to service delivery at Library and Archives Canada (LAC) continue to be a source of consternation for Canada's archival community and to the users of Canada's documentary heritage. It's quite easy to get carried away on a tide of outrage around these issues, though, and so I present here a brief summary of the proposed changes themselves so readers can have an idea what's going on. 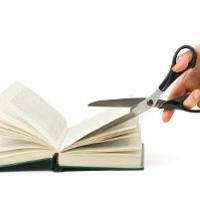 Why Did Harper Cut Canada's Library and Archives?

"The objects of the Library and Archives of Canada are (a) to acquire and preserve the documentary heritage; (b) to make that heritage known to Canadians and to anyone with an interest in Canada and to facilitate access to it; (c) to be the permanent repository of publications of the Government of Canada and of government and ministerial records that are of historical or archival value; (d) to facilitate the management of information by government institutions; (e) to coordinate the library services of government institutions; and (f) to support the development of the library and archival communities."

In light of this, let's look at the broader organizational changes which affect the whole institution, now headed by an individual, politically appointed in 2009, who is neither an archivist nor a librarian.

1. Hours and services for on-site reference are being cut to six hours a day (weekdays only); reference services will no longer be available without a formal appointment.

2. One out of five positions to be axed. Four hundred and fifty staff have been presented with "affected" notices announcing they will effectively need to re-apply for their own positions; of these, 215 will be eliminated. This amounts to around 1/5 of LAC's total workforce. These cuts include:

Twenty-one of 61 archivists dealing with non-governmental records will be eliminated;

Fifty per cent of digitization staff will be eliminated;

Fifty per cent of circulation staff for analog holdings will be eliminated;

Thirty per cent of cataloguing librarians will be eliminated;

Thirty per cent of library technicians working in collection development will be eliminated;

Staff dealing with preservation and conservation of documents will see "significant" reduction.

3. Interlibrary loans will be completely eliminated by February 2013, meaning that LAC's services as library of record for all books published in Canada will only be available on-site in Ottawa.

4. A new "whole of society model," developed in secret and without any apparent public oversight or input, will be used to guide (and partly automate) archival holdings and acquisitions.

5. An official 10-month moratorium on purchased archival holdings announced in March 2009 has extended, unofficially, into a three-year lapse on acquisitions -- dozens of historical documents now leave Canada each day, never to return. No end to this situation is in sight.

6. Online access to holdings will be more difficult, because online archival descriptions will be reduced from 25 information fields to 10.

7. Key money-making program eliminated. The National Archival Development Program (NADP), which serves to support the archival enterprise across Canada, is being eliminated -- even though that program generates an average of 150 per cent return (in direct and in-kind contributions) on every federal dollar spent on project development.

8. Virtually all funding is being withdrawn from the Canadian Council on Archives, the body responsible for Canada's national standards on archival arrangement and description and for administering the NADP.

9. Collapsed councils across Canada. The impact of the NADP cut will be most keenly and immediately felt by communities across Canada, as 11 of the 13 provincial and territorial archives councils are projected to collapse within six months without additional financial support.

10. Ninety projects in communities cancelled. Also resulting from the NADP cut, 90 fully approved projects for the 2012-2013 year have been retroactively cancelled across Canada.

11. Archival professionals in provinces to be fired. Also stemming from the NADP cut, 17 archival professionals will lose their jobs. Among them, 11 archives advisors and conservators will be eliminated. These had previously been stationed in every province to provide free cooperative extension services in support of small heritage institutions around the country; without them many institutions now have access to no professional expertise and will be left to care for their holdings without any support. Six other staff at the CCA Secretariat tasked with the administrative business of the CCA will be shown the door.

12. Leading edge ArchivesCanada.ca threatened. The imminent launch of ArchivesCanada.ca, a revolutionary national-level hub for all archival descriptions in the country, is now seriously at risk. The CCA is urgently seeking additional financial support to ensure the project can be completed.

13. Canada's credibility on heritage issues at home and abroad will be undermined now that the participation of Canada in the National Archival Appraisal Board, the North American Archival Network and the International Council on Archives is seriously threatened.

I will take only a few moments to discuss the rationale behind these decisions, as the specifics of that rationale tend to change from day to day depending on who the management of LAC is talking to. Generally speaking, there has been no admission on behalf of LAC that these organizational changes will be detrimental to Canada's ability to preserve and disseminate its cultural heritage; any challenges will be addressed by private industry and by a renewed focus on 'digitization' and 'decentralization.'

No one, especially at LAC, seems quite certain how these efforts are to be paid for or made possible, especially given that digitization is one of the most expensive and time-consuming aspects of archival work. Counter-intuitively, LAC instead plans to eliminate half its staff working in digitization and has apparently backed down from an ambitious plan to develop a Trusted Digital Repository in which to store digital materials (the plan has not been modified since 2008).

LAC has, however, proposed a "Pan-Canadian Documentary Heritage Forum" in order to facilitate a dialogue about decentralizing the responsibility for Canada's heritage. The Association of Canadian Archivists withdrew from the forum last week among allegations that professional organizations were being asked to act as a rubber stamp on decisions made without consultation by LAC management.

When presented with facts and figures like those listed above, LAC has instead tended to assure those making inquiries that everything is in hand and that asking for detailed cost analyses and projections for service provision is not reasonable since consultation with stakeholders is still ongoing and ministerial communications are confidential. Very little transparency around any of these changes is in evidence to the untrained eye -- perhaps the Librarian and Archivist of Canada will explain why when he speaks on the subject of "What is Needed to Make Transparency Meaningful in a Digital Age?" in Edmonton later this month.

The reaction to these cuts from the academy and from the professional communities of librarians and archivists has been uniformly negative -- Canadian archivists even went so far as to organize an "Archivist's Trek" to Ottawa where a mock funeral for the National Archival Development Program was held on the steps of LAC. A campaign to oppose these changes has been organized by the Canadian Association of University Teachers; meanwhile, a petition to save the NADP has garnered almost 6,000 signatures. Supporters of these efforts have been encouraged to voice their opposition to the cuts by writing to their MPs and to Heritage Minister James Moore.

At this point, perhaps it's best if I refrain from further analysis and leave readers to make up their own minds about what these changes mean for Canada's past -- and its future.