Why would the Harper government cut Canada's Library and Archives budget? 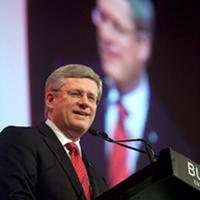 Heritage Minister James Moore explained the 10 per cent overall cut would not hurt the agency because records could be digitized and made available to Canadians via the Internet.

But the 2012 budget cut the digitization staff by 50 per cent.

If that doesn't add up, then let's examine some other reasons the Conservatives led by Stephen Harper may have decided to reduce public access to the nation's archival records.

1. Who needs national records when you have the Bible?

Stephen Harper has to satisfy his party's evangelical base. As well, since 2006 Harper has been a member of Ottawa's Eastgate Alliance church, which is affiliated with the Christian and Missionary Alliance. The statement of faith of this church declares that:

"The Old and New Testaments, inerrant as originally given, were verbally inspired by God and are a complete revelation of His will for the salvation of people. They constitute the divine and only rule of Christian faith and practice."

2. Who needs facts if they screw up your favourite story?

There's the history that can be discovered through archival research, and there's the Harper government-sanctioned history. Some historians use archival records to understand Canada's social history, which emphasizes issues like race, ethnicity, gender and class. This is the wrong history. Even the Globe and Mail editorial board is unhappy with it. In an editorial written nearly 10 years ago, the Globe complained that "schoolchildren learn all about the story of women, the story of natives, the story of the labour movement, but little about the story of the country as a whole."

The Harper government is telling its version of that story. The key document is Canada's new citizenship guide, Discover Canada: The Rights and Responsibilities of Citizenship, which was released with great fanfare in 2009.

The Globe liked this booklet, calling it "a welcome move that places a new and appropriate emphasis on Canada's history and personalities." Gone from Canada's history were women, natives and labour. In their place were the prime ministers, the great moments and war.

A tabulation of words used in the guide provides a useful insight into Harper-authorized history.

The word "unions" doesn't appear in the guide, for instance. This is curious, given that 4.2 million Canadian workers, or nearly 30 per cent of the workforce, are union members.

The word "feminist" is blanked from the guide. There are no prisons or prisoners in the new Canada, no poverty, no landlords or tenants and no rich or wealthy Canadians. The word "unemployment" is used four times, but for historical references only, the most recent being the introduction of unemployment insurance in 1940. Apparently, unemployment has not been a problem since.

You won't find "medicare" in the guide, and "housing" is used only once. "Environment" is used nine times, but never in relation to environmental issues. There are no concerns about climate change or global warming in our fair "Dominion" (this word is used 16 times).

The word "women" is used 13 times and, while this may seem like a lot, seven of the references occur in one historical paragraph about women getting the vote.

To prove war is important to Canadians, Harper's government is spending $28 million to help us realize that the War of 1812 was an event of "great national significance."

If we don't have access to Canada's historical record, the Citizenship Guide will be the official rendition.

3. Who needs history when you're selling ideology?

The striking thing about this book is that the authors do not reference even one historical record or document. Apparently they don't need archives.

The book hinges on Sir Wilfrid Laurier, Canada's seventh prime minister (1896-1911). The authors claim Laurier had a plan for Canada.

"(Laurier) thought it vital to preserve and protect the institutions brought to Canada by our forbears, the 'British liberty' composed of the rule of law, free speech, freedom of conscience and religion, respect of minority rights, habeas corpus, parliamentary self-government, minimal state interference, low taxes and respect of property and of contract."

It's quite the shopping list and while some of the items sound as if they may have been thought of by Laurier, others, especially the ones tacked onto the end -- minimal state interference, low taxes and respect of property and contract -- sound more like Harper government-Fraser Institute agenda items.

So what did Laurier actually think? The authors helpfully provide a footnote for their "Laurier thought" sentence. You would expect the footnote to refer to a speech Laurier gave or a letter he had written, some document the economists might have obtained from the National Archives that laid out his plan.

You would be wrong if you expected this. The footnote refers to something once said by neo-liberal economist Douglass North about how important having minimal state interference and low taxes was for economic growth -- the same tired old neo-liberal rhetoric.

As for what Laurier said, thought or wrote, nada. You get the idea. It's the new Harper-type history.

If Harper is creating our future, then our past just gets in the way.