I'm 66 years old. I've been a family physician, working in hospitals, clinics, emergency rooms and offices for 36 years. I've headed and actually founded health and environmental organizations. I've presided over the medical staff at my hospital, and in clinical work, I've guided my actions with hard, unemotional data. 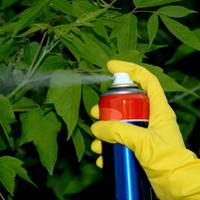 It's not often that I get treated like an argumentative, hyperanxious, irrational adolescent, so when I do, it certainly gets my attention.

And that's exactly what's happened to me -- and to most British Columbians -- at the hands of Bill Bennett and his Liberal Party colleagues on the Special Committee on Pesticides.

The Committee just delivered its astonishing verdict on pesticide use in B.C.

No problems at all, they say. Just carry on, with a few minor adjustments.

Despite massive public and independent scientific support for a ban, the Committee brazened it out and gave pesticide use a green light.

But it's not just what the Liberal majority on the Committee decided. It's also how it decided.

It did it by treating me and my profession -- and other health professionals, academics, practising scientists, lawyers, and a whole whack of well-informed and thoughtful citizens -- like we were all a bunch of terminally anxious, overwrought teenagers whose "passion" and "intensity" was no match for the fatherly "scientific evidence" supporting continued and widespread pesticide use.

And whose "scientific evidence" did Bill Bennett rely on?

Here's the government's advisory group: "the Committee heard another perspective on the environmental impacts of pesticides. Submissions from pesticide manufacturers and industrial users stressed the important environmental benefits that result from maintaining healthy lawns and gardens." And the same group reassured them on the safety side too.

Yes folks, when it comes to science, the corporations that make billions from selling pesticides, and the companies that apply them, have it in the bag. Ordinary mortals, like biologists, ecologists, nurses, doctors, environmental lawyers, and citizens who all have absolutely no personal vested interest in pesticide production and sales -- we don't know nothin'. We're all heat, and no light.

What's in a verb?

The verbs have it, by the way.

The verbs used in the Committee's carefully crafted praise for the pesticide industry tell it all.

Verbs are action words. They tell you what someone did, how they moved, what they said, how they felt.

It's surprising Bill Bennett didn't recommend that we all take a Valium.

A way with words

On the other side, what kind of verbs did the real power-brokers merit --- the government representatives from Ottawa and Victoria, and their corporate and industry handlers?

And they all "reassure" the excitable, irrational worry-warts who oppose pesticide use, and then tell them decisively that they "will not restrict access" to pesticides -- so there.

The Committee lays out the provincial government's real agenda in a few other ways (as if this wasn't enough).

It humbly consults with Keith Solomon, emeritus professor at Guelph University, whose Canadian Network of Toxicology Centres web page apparently has not been updated for eight years. Solomon claims that "the risk(s) of synergistic effects of domestic pesticides are minimal." Yet research in this area has barely begun, and early results say the exact opposite. Nevertheless, the Committee feels that Solomon has "confirmed" this matter.

When the PMRA admits that "measuring the effects of interactions between pesticides and environmental factors or other chemicals is a challenging endeavour" because there are so many possible interactions, the Committee sits on its hands. Nary a question like "so why don't you start now?" or "do you think some bad interactions might happen?" or "isn't this important?" Just calm acceptance that the effect of pesticides in the real world -- where you and I live -- is, well, "just one of those things." Suck it up, Buttercup.

The fact that just about every scrap of data used to assess pesticides comes from industry flies by the committee like a comet. No mention that the old saying that "he who pays the piper calls the tune" has been verified, in study after study, in my field of health care, and confirmed in many other fields as well.

I don't think the Report of the Special Committee on Pesticides is worth the paper it's printed on, because it was pre-ordained to support the industry and government status quo, from the beginning. It's not a report. It's a defence of big money over a rational and sane and secure future.

I wonder what Bill Bennett would think of me, or of any of my colleagues, if he was very sick and under our care. Would he still think that we doctors were emotional, contentious teenagers who couldn't know a scientific truth if it was strangling us? Or would he see us as rational, compassionate but cool-headed professionals, once again?

He can't have it both ways.