A British Columbia legislature committee that Premier Christy Clark appointed to make recommendations about a ban on the cosmetic use of pesticides has advised against taking the direction she promised a year ago. 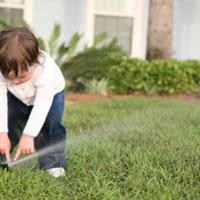 Who Said What in BC's Pesticide Review

"The evidence just simply does not support a recommendation to ban pesticides for cosmetic use in British Columbia," said Bill Bennett, chair of the Special Committee on Cosmetic Pesticides.

He outlined the arguments the committee heard both for and against such a ban, saying that on balance he didn't hear anything that persuaded him the provincial government should second guess Health Canada and the federal scientists who make decisions about what pesticides can be sold and used in the country.

"The majority of the committee believed the government should base as much of their environmental policy as possible on science," he said.

"Since this was a legislative committee and since we were unencumbered by pressures from cabinet and from the premier's office, and since I was lucky enough to have like-minded committee members, we made our decisions on our understanding of the science" and the processes the different interest groups used to arrive at their positions, he said.

Deputy Chair Rob Fleming said NDP members on the committee support a ban on cosmetic pesticide use and an NDP government would put one in place.

While there was some disagreement among witnesses about the use of the term "cosmetic," committee members used it to distinguish between chemicals that are used for a health or economic reason, and ones used solely to make a lawn or garden look nicer.

Clark has long stated publicly that she too supports a ban, and so has her environment minister, Terry Lake.

A year ago when the NDP opposition put forward such a ban in a private member's bill introduced by Leader Adrian Dix, Clark responded by saying it was a good opportunity for the government and the opposition to work together. "I've supported this for years now," she then told reporters. "We are going to do it."

Initially Clark appointed Margaret MacDiarmid, a family physician, to chair the committee, but later promoted her to cabinet and replaced her with Bennett. The Tyee reported that environmentalists had concerns about the appointment of Bennett, who was on record referring to opponents as "eco-fascists."

Clark defended the appointment, saying "I think the naysayers and the doomsday advocates are going to have to wait and see... You have to see what he delivers on it."

The committee, which heard from thousands of people during its consultation process, made 17 recommendations in its report, half of them aimed at educating people to use pesticides better. None of them include a ban on the cosmetic use of pesticides.

He acknowledged the public support for a ban, but blamed it on "chemo-phobia" and a lack of scientific literacy. The committee tried to put politics aside as much as possible and make its recommendations objectively, he said. "What possible political advantage could there be to us making this announcement this morning?"

Bennett said the committee's work is done and it is up to cabinet to decide what to do next. The premier is aware of what is in the report, he said. "When I discussed this with Premier Clark, she thanked me for the work we have all done, and gave me no indication at all that she was disappointed or that she wanted me to do anything different."

No preconception for committee

Clark spoke with reporters in a conference call from Seoul, South Korea. "The thing is, it's a legislative committee," she said. "I think it adds to the information that we have in a significant way... We're going to take the information that they have and give it its proper weight."

Clark, who has a choice between breaking a promise or ignoring the committee she struck, said she started the process without a preconceived idea of where it would end up.

Environment Minister Lake said he will read and consider the report, but unless there's something in it that changes his mind he will continue to support a ban on cosmetic pesticide use.

"I've always been of the view that for lawns, gardens, it's not critical to have the level of pesticide use we have now," he said. "Whereas I believe in the science of Health Canada and the rigour they put these pesticides through, I'm not as confident that every consumer uses them in the way Health Canada would want you to."

Lake is a veterinarian and was mayor of Kamloops when that city introduced a pesticide ban. "Used correctly, they can be very safe," he said. "If a neighbour is using a pesticide, I don't have any control how that comes over onto my yard. Can I assure myself that person is using it exactly the way the label indicates, the way it was approved by Health Canada?"

He acknowledged the government caucus is split on the issue, but said it shouldn't be seen as a snub of the premier. "We have differing views in our caucus, no question, on any number of issues," he said.

The NDP's Fleming said there is strong public support for a ban on cosmetic pesticide use like six other provinces already have. "When you're talking about products that are essentially unnecessary for use in daily lives, where there are viable alternatives, the risk tolerance should be zero," he said.

"It's a completely disappointing set of recommendations that the government majority has tabled in the House today," he said. "Whether they've defied the premier or whether she's had a change of opinion and heart on this issue I don't know, that's for her to answer."

There are differing scientific opinions on the need for a ban, he said. "I think Mr. Bennett maybe didn't listen well enough to the informed opinions the committee heard over many, many public hearings."

The government is showing its out of step with current thinking on pesticides, he said. "It's not only the public that's ahead of the government on this issue, it's national retailers like RONA and others who through a sense of corporate social responsibility have pulled these products off their shelves years ago."

There is more evidence every day connecting pesticides to things like asthma, birth defects and lower IQ scores, said Gideon Forman, the executive director for the Canadian Association of Physicians for the Environment.

"Don't B.C.'s children have the right to the same protection you have in Eastern Canada?" he said in response to the committee's report. "It's just woefully inadequate. It's really shocking."

Forman said Clark should act on her promise of a ban, despite the report. "I hope she'll follow through on that and that quite frankly she'll ignore Mr. Bennett's report," he said. "It's so out of step with where we're going in the rest of the country... This is a opportunity for her to exert some control and pass something that will be very popular."