A couple of weeks ago here on The Tyee, I offered four reasons that the left should love the HST, and so should vote to keep it in the upcoming referendum (confusingly, that means vote No on extinguishing the HST). The piece attracted more than 100 comments, and many of them are bang on the mark, and suggest a few more reasons to love the HST. 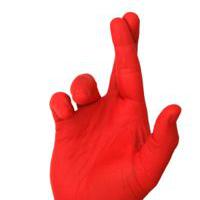 There are four things to keep in mind relevant to this critique of the HST.

First, the referendum we have before us gives us a choice between two sales taxes (the old PST and the new HST), and does not let us choose an option like "no sales tax plus higher income tax." This means that the referendum is really about what kind of sales tax you want, not whether you want one at all.

Second, even if we could eliminate the sales tax, I wouldn't want to do it, because really rich people can weasel out of income taxes, too. However, it is really hard for them to weasel out of sales taxes. Thus, if collect both sales and income taxes, we'll definitely get some money from the very rich.

Third, sales taxes are typically somewhat more progressive than they appear because they often don't tax necessities, and poor people spend more of their budget on necessities than do rich people. Indeed, the HST is not charged on food or rent (though both will have some HST passed through by the sellers), and is therefore a little bit progressive.

Fourth, the HST (like its godfather the GST) comes with a set of refundable tax credits (read: quarterly cheques) for low-income households.

Another group of comments had to do with the difference between taxing corporations and taxing people. After all, the PST was paid roughly half each by corporations and people, and the HST is paid almost not at all by corporations. Shouldn't we try to get as much money out of corporations as humanly possible, so that we the people don't have to pay as much? There are four problems with this line of argument, which is based on the idea that revenue from corporate taxes is in some sense "free."

First, corporate taxes are a cost faced by corporations. If their costs are higher, then they'll charge higher prices to consumers; if their costs are lower, then they'll charge lower prices to consumers. The exception to this rule is corporations that have a lot of power in the marketplace to control prices. Examples here include: air travel, banking, and cellular services. In these Canadian markets, there are not many corporations, and so they can charge a lot relative to prices in these markets in other countries (e.g., in the UK, where all these things are much cheaper). However, most of the stuff we buy is not in these markets, but rather is in markets where corporations compete with each other, and so if costs are lower, they'll pass it on to consumers in a bid to get their business.

Second, corporations are mobile (more than are people). This means that they respond to tax rates when they figure where to locate and where to build. They're not so mobile that we can't get any money out of them, but they're somewhat mobile, so if we charge really high corporate tax rates, corporations would leave B.C. (Sweden has a corporate tax rate of about zero, and it is not because they aren't committed to redistribution -- it is because they want corporations to locate in Sweden.)

Third, corporations are owned by people. If corporate profits go up because the HST reduces the amount of tax paid by corporations, then shareholders make more money. Shareholders of firms are mostly found in the top half of the income distribution. So, this makes the rich even richer. That means that, if we are going to reduce tax burdens on corporations, it is essential to keep the income tax system progressive or even increase its progressivity.

Why I'm not in a dream world

A final set of comments argued, roughly speaking, that I'm living in a dream-world, where we can increase the HST rebates to low income households, raise the HST rate, exempt valued social goods from the HST base, and other impossible things. Imagine that none of these policy changes were possible. The HST would still be better than the PST. It's not a coincidence that 140 countries use a value-added tax like the HST, and hardly any use a final sales tax like the PST. They use this kind of tax because it is better -- there's no hidden taxation, interprovincial transactions are simpler, the national revenue agency collects it (so we don't have to), rebate cheques are easily delivered to make the tax more progressive, and there is a small gain in employment and income over the long term.