Hats off to the Vancouver Sun! In Tuesday's edition, the op-ed page contained an article entitled Clean Energy Act Is What Needs Renewing by Dr. Marvin Shaffer, adjunct professor at the School of Public Policy at SFU and widely accepted as an expert on energy matters in B.C. 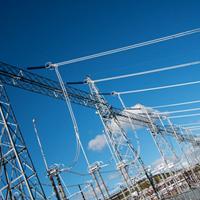 Economist Calculates BC Hydro on Path to Ruin

This is the cornerstone of arguments regarding BC Hydro I've made here in The Tyee and also with my colleagues at the Common Sense Canadian, for which we have been pilloried by Citizens for Green Power and other apologists for private power companies.

This article by Shaffer is much, much more than the foregoing quote, and I hope you'll read it and pass it on. It can be found here.

If you are just coming to this issue, I must tell you that calling energy "clean" or "green" or both is blatantly Orwellian "newspeak." In this case, you can rely upon the fact that this terminology refers to private power companies and their lobby groups, which power requires that the company (forgive the technical term) buggers up the rivers and the ecologies they support.

This article in the Sun gives the cause I'm fighting an enormous boost. I wish today to offer profound congratulations to the editors.

I think it appropriate to tell you why I'm so active in this cause. As others often point out, I'm an old man by whatever yardstick one uses. No matter how the fight ends, I'll not likely be here to judge. Corny as it sounds, I want to save our environment for my nine grandchildren and my great granddaughter. It is, I assure you, no more complicated than that.

The attack on our environment accelerated exponentially under premier Gordon Campbell.

The issues so desperately important are, broadly speaking, fish farms, rivers and the Agricultural Land Reserve. Each of these problems individually are massive. Taken together, they are abandonment of our heritage. A byproduct, so to speak, is the slow but sure strangulation of BC Hydro.

We're not dealing here with "left" and "right", but right and wrong. I invite all to simply watch this video of former finance minister Colin Hansen, in which he piles up one false statement after another. And here you can find my rebuttal, setting out the true facts.

What we've missed in this fight is the mainstream media holding government and industry's feet to the fire. Several eons ago, when I was in government, the media of the day questioned every move we made -- our discomfort came almost daily from the leading papers and television. And it was good, even though our government, like all governments, felt we were being unfairly treated. This policy continued through the Vander Zalm era, and the following 10 years of the NDP.

Somehow this all stopped with the arrival of the Campbell government. The hard-hitting journalists went into hibernation, and the public has had to rely on environmental organizations for information.

This article by Marvin Shaffer is bound to give British Columbians an appetite for more educated comment.

If the printing of this article is a harbinger of things to come, the Vancouver Sun is to be applauded, an applause I share.

The caveat is, of course, "one swallow doth not summer make," and we'll have to wait and see.

In the meantime, the editors of the Sun are to be congratulated for a very important article. May many others follow.