"I believe that no matter what happens, nothing can prevent the historical process by which society demands freedom and democracy." -- Ai Weiwei, imprisoned Chinese artist and architect 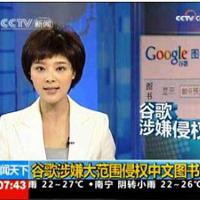 China, Google and Me

China's best-known artist and architect -- Ai Weiwei -- has been jailed since April 3 for speaking out against that country's dictatorship.

The first Chinese national to win the Nobel Peace Prize -- Liu Xiaobo -- is also in jail, serving an 11-year sentence for "inciting subversion of state power."

On June 4 in Hong Kong, an estimated 150,000 people rallied to demand human rights in China and mark the anniversary of the 1989 Tiananmen Square massacre of protestors by the army.

Meanwhile Canada plans to double our $30 billion a year trade with this viciously authoritarian government by 2015.

That means these two extraordinarily brave men are good for democracy but bad for business, especially for corporations with huge financial investments in China.

What landed Ai in prison

Ai predicted his eventual jailing in May 2009.

He knew that criticizing the 2008 Beijing Olympics -- despite being consulting architect to the fabulous Bird's Nest stadium -- and compiling online lists of the names of children killed in the May 2008 Szechuan earthquake when their poorly built schools collapsed -- would doom his freedom.

Before his popular blog was erased from the Internet and his Twitter account with 70,000 followers was silenced, Ai wrote: "Reject cynicism, reject cooperation, reject fear... There is nothing to discuss... I won't cooperate. If you must, come bring your instruments of torture with you."

Now Ai languishes in jail, accused of "tax evasion" but clearly being punished for statements like this, written just before the Olympics began: "A society lacking in democracy is incapable of orchestrating true joy for its people."

Many artists have rallied to Ai's cause and those of other pro-democracy activists -- but the art world establishment has been almost as silent as the controlled Chinese media.

That's because China controls access to its vast artistic collections and the funding to permit exhibits to travel to western nations.

VAG curator stands up for Ai

"It's terrible. We need to speak out about it. We need to demand his release -- as the French and German governments have already done," said Augaitis, who had previously visited Ai in his studio along with VAG director Kathleen Bartels in 2010.  Unfortunately, of all major American galleries, only San Diego's Museum of Contemporary Art has officially protested Ai's detention.

But several continue with plans to showcase art exhibits organized in conjunction with the Chinese government, including the Milwaukee Art Museum and the Virginia Museum of Fine Arts.

The case of Liu Xiaobo is equally, if not more disturbing.

Liu joined student demonstrations in Tiananmen Square in 1989 and has been a pro-democracy activist ever since, despite losing his job as a teacher and being repeatedly jailed.

Liu's commitment to achieving democracy and protection of human rights through non-violent protest earned him the Nobel Prize last October.

To his credit, Prime Minister Stephen Harper publicly congratulated Liu on his Nobel win -- but regrettably Harper has yet to protest Ai's jailing.

U.S. President Barack Obama called for Liu's release in a powerful statement describing him as "eloquent and courageous."

But China's response was classic -- there was no mention of international condemnation of Liu's imprisonment in official media.

But China did describe Liu as a "criminal" and his being awarded the Nobel Prize "an obscenity."

Here in Canada, a Parliamentary page can stage a silent protest against Harper's government on the floor of the Senate without fear of jailing, torture or death. Voters in British Columbia will democratically decide in a binding referendum if the Harmonized Sales Tax should be repealed, overriding an arbitrary government decision.

The contrast couldn't be sharper.

So at a time when Canadian and other countries rightly rally support for pro-democracy movements in Egypt and Libya, isn't it also appropriate to demand freedom for Liu and Ai and more support for democracy in China?

Or is it just business as usual?

A disturbing footnote: The last time I raised the issue of democracy in China in 2008 I received email death threats that were investigated by Vancouver Police. They originated in China, which refuses to cooperate with investigations by foreign police.