Members of the Canadian Union of Postal Workers are on strike -- beginning with rotating strikes in selected cities but quite possibly escalating into a full scale shutdown if the corporation remains intransigent. It has been a long time since there has been a national strike and this one could turn out to be one of the most important in decades. 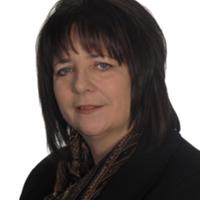 The Hunger Strike of Mary-Ellen Proctor

Labour has been largely absent from the political scene for five years of Harper minorities. Now that the Conservatives have a majority, labour simply has to get its act together and play the key role it has played in the past. But it is not just labour that needs to get behind CUPW, so does anyone who committed to defending Canadian democracy.

The strike -- with a 95 per cent mandate from union members -- is important because it is on the front line in the fight for income equality and collective bargaining rights. Post office management has as one its key demands the implementation of a two-tier wage system. New hires would be paid 30 per cent less than existing employees, literally wiping out decades of collective agreements establishing livable wage levels. Workers doing identical work, working side by side, would be paid dramatically different wages. This issue alone justifies the strike for if it is allowed to pass, you can be certain that it will serve as a precedent for other employers.

The immediate danger is at the federal level where, thankfully, only 10 per cent of Canadian workers come under federal legislation. Federal employees and those in federal agencies, along with private unions in a handful of sectors, like transportation, banks and telecommunications, are vulnerable to whatever Harper's labour agenda turns out to be.

To date, Harper has not picked major fights with labour simply to please his right-wing base. But that will likely change very soon as his promise to get rid of the deficit will come first at the expense of federal employees. While Canada Post is arm's length from the government a successful rollback of contract items (retiree benefits and sick leave are also under attack) will almost certainly put similar efforts on Harper's agenda. Laying off even thousands of federal employees will actually do little to get rid of the deficit. Harper could up the ante by arguing that rolling back pensions, salary terms and other contract items are essential to the long term control of the deficit.

Harper will have to decide how to deal with the postal strike if it develops into a prolonged, nation-wide stoppage. He could impose a contract or go the route of binding arbitration. But he would have trouble simply tearing up an existing contract. The B.C. government did that and the action was declared unconstitutional by the Supreme Court of Canada.

The election of a Harper majority seems to have emboldened at least some of the more reactionary business voices in Canada who have always been anti-union. Catherine Swift, head of the Canadian Federation of Independent Business (CFIB), let loose an anti-union tirade recently that seemed inspired by the radical anti-unionism practiced by the governor of Wisconsin and other U.S. states. Perhaps it was intended as an informal mandate from business for governments to go after public service unions.

Swift first attacked public-pension plans warning of a "tsunami" of public employee retirements and a "crushing" blow to taxpayers. Her irresponsible worker-bashing was enhanced by some good old fashioned fear-mongering: "Do we have to hit the wall like Greece?" It is hard to tell whether this is just rhetoric or incompetence on Swift's part. But her final shot left little to the imagination: "What would be ideal is getting rid of public-sector unions entirely."

Swift, of course, is supposed to represent the interests of small and medium businesses. I wonder who she thinks spends money at her members' establishments: people on welfare or earning minimum wage or those with decent wages and salaries -- like those in unionized jobs. Even the IMF has been warning countries lately that if they want to have sustained, stable economic growth they had better pay attention to inequality. According to a recent IMF study: "...attention to inequality can bring significant longer-run benefits for growth. Over longer horizons, reduced inequality and sustained growth may thus be two sides of the same coin." 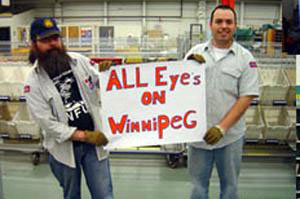 Winnipeg, first city to be struck by postal workers, looms large in wider debate over whether widening income inequality is good for Canada.

Getting rid of unions as Swift suggests would dramatically increase inequality and undermine the growth her members presumably want her to promote.

But don't hold your breath for business, small or large, to abandon its dedication to ideology any time soon. Economic growth during the 25-year period of neo-liberalism we are now in has been much slower and less stable than it was in the previous period of activist government. But the ideology still trumps common sense

But defending postal workers from the ravages of roll-back bargaining is not the only reason to actively support this strike. CUPW has been amongst the most progressive practitioners of social unionism in Canadian history. It has a long history of fighting for women's rights, human rights, peace and social justice, played a major role in the fight against free trade and has been in the forefront of international solidarity movements. Maternity leave is now taken for granted in Canada but without the historic 1981 CUPW strike -- lasting 42 days -- we might not have it at all.

Virtually every progressive piece of legislation in the country from Medicare, to unemployment insurance, from public education and labour standards, were brought about in large part because unions and their members fought hard to make them happen. This historic role of unions is one that the majority of Canadians know very little about. To a large extent unions have no one but themselves to blame. Over the past 25 years, they -- especially public service unions -- allowed themselves to be framed by the right as greedy, over-paid, under-worked and privileged. That message has played into the race-to-the-bottom mentality of many non-union workers who too often attack their unionized counterparts for the job security and rights they can only dream of.

I often try to imagine how different the situation might be if unions had dedicated resources to educating the public over the past two decades about their role in making Canada one of the best places in the world to live. Because they didn't, they will now be asking support from a public that has been subjected to years of anti-union propaganda. And that means that they -- starting with the postal workers -- will need our help even more.