Osama bin Laden's death is an opportunity for the West. Is America mature enough to take advantage? 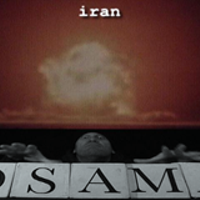 In April of 1995, Timothy McVeigh blew up a building in my hometown of Oklahoma City, killing 168 and injuring nearly 700 more. At the time, I was a sergeant in the U.S. Marine Corps, fresh off two years of White House duty and serving as a counter-terrorism specialist in an infantry battalion. The idea of a major terrorist attack on our own soil was nearly inconceivable, so I authored the Marine Corps' first domestic counter-terrorism course, pasting photos of my dead friends and neighbors into a sterile powerpoint lecture, focusing on my duties and closing myself to the resonance of their faces.

In 1997, I left the marines to pursue studies at Columbia University in New York City. Only months after moving on to Chicago for graduate school, 19 men sailed four passenger planes into our national consciousness. Again I lost classmates and friends, and with no professional detachment to fall back on, the two attacks, six years apart, fused into a permanent, smoldering cinder in my chest.

Timothy McVeigh was executed for his crimes on June 11, 2001, exactly three months before the World Trade Center attack. There were no dances in the streets, no smiles on the faces of his wounded victims or the relatives of the dead, only the lingering memory of the lost innocents and a dull ache that we hoped would fade with time.

Last week's death of Osama bin Laden received a different response, a celebratory bloodlust more appropriate to a World Cup victory than a corpse-strewn battlefield. Pundits and pollsters wasted no time ladling well-worn spiritual clichés into hungry American gullets -- the dead are finally at peace, evil has been vanquished by righteousness, bin Laden's death was the direct result of Christian prayers.

But even the most naive philosophy student will tell you "evil" is a matter of perspective. The ease with which we partition McVeigh and bin Laden -- lost lamb versus predatory wolf -- is mere pseudospeciation, the process by which we dehumanize "others" to justify crimes unthinkable against full-fledged human beings (think slavery, waterboarding, the Abu Ghraib photos). McVeigh was a white, Catholic American. Bin Laden was a brown, Muslim not-American. And the dead were at peace the moment their bodies were laid into the ground -- it was we, the living, that needed the rest.

While I don't believe anyone's death is a "good" thing, it is occasionally a necessary thing, and bin Laden's was about as necessary as they come. Fighting terrorism is not conventional warfare, it is a battle for psychological victories, an unending struggle against a tactic rather than an enemy. Bin Laden's triumph in 2001 was not a military conquest, it was a blow to the American psyche that thought itself untouchable. As the years wore on and bin Laden proved himself beyond reach, only his death would allow us to close out this chapter and begin the painful process of authoring a new, hopefully wiser, narrative.

Bin Laden's greatest allies -- a hawkish Republican administration that capitalized on the opportunity to terrorize its own citizens, and a cowering American media that let them get away with it -- will never be held accountable for their crimes against the American people, not to mention against the 100,000-plus Iraqi citizens and 4,000-plus allied soldiers who have since died for our emotional comfort. It was not George Bush's face we pinned to the burning towers, nor Glenn Beck's, nor the other denizens of the oxymoronically named FOX News, nor the oily billionaires who spent the past decade re-packaging terrorism into easy-to-swallow "patriot" pills.

It was Osama bin Laden's face, and from a psychological warfare perspective, his demise -- the elite soldiers bringing him down without casualty, the quick disposal of the body in accordance with Muslim law, and President Obama's decision to not "spike the ball" by releasing the photos -- could hardly have been better scripted. What's more, for most Americans, or at least most voting Americans, bin Laden was not just the face of terrorism, he was the face of Islam, and as a living ghost he haunted America's Most Ignorant into anti-Muslim campaigns that would have mortified the founding fathers they claim to represent. (It is with bitter irony that I count Oklahoma politicians among the worst offenders.)

On Sept. 24, 2001 -- as flags flew from every doorstep and my lost friends made nightly appearances in fitful dreams -- Susan Sontag penned in the New Yorker the bravest piece of journalism I have ever read:

"The disconnect between last Tuesday's monstrous dose of reality and the self-righteous drivel and outright deceptions being peddled by public figures and TV commentators is startling, depressing," she wrote. "The voices licensed to follow the event seem to have joined together in a campaign to infantilize the public. Where is the acknowledgement that this was not a "cowardly" attack on "civilization" or "liberty" or "humanity" or "the free world" but an attack on the world's self-proclaimed super-power, undertaken as a consequence of specific American alliances and actions?... In the matter of courage (a morally neutral virtue): whatever may be said of the perpetrators of Tuesday's slaughter, they were not cowards... But the public is not being asked to bear much of the burden of reality... The unanimity of the sanctimonious, reality-concealing rhetoric spouted by American officials and media commentators in recent days seems, well, unworthy of a mature democracy... Let's by all means grieve together. But let's not be stupid together..."

I hated Sontag for writing that. Not because she was wrong, but because I was in too much pain to acknowledge she was right. Sadly, her voice strained to be heard among the din of journalists applauding President Bush, and it became a harsh reality that we would need a comedian, Jon Stewart, to assume the journalistic principles of bravery and integrity that the mainstream media had abandoned.

My hope is that the undeniable victory of bin Laden's death will give President Obama the leverage he needs to fight the practical wars that will move us forward as a species, rather than the perceptual ones that mire us in fear-fueled religious dogmatism. Just as the War on Drugs would have been won by now if it had instead been a War on Poverty, the War on Terror would be far more prosecutable as a War on Ignorance. It is unfortunate that the media has taken so long to find its backbone again, and is directing its newfound zeal towards coverage of conspiracy theories and Idol contestants rather than improving the human condition. As a journalist myself, I pray for -- scratch that -- I will work for, a more constructive future.