The flurry of poll-driven news like this and this last week, suggesting an unprecedented surge in support for the NDP, has stunned political commentators and given progressives something to cheer about for the first time in ages. 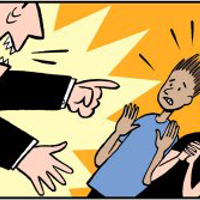 Be an 'Intentional Citizen'

And paradoxically, it comes at a time in the election when it seems that no matter how many sleazy scandals hit the Conservatives, they stay right on the edge of majority territory.

If the NDP surge is real, it may represent the breaking of an historic contradiction in Canadian politics. One of the largely unspoken features of Canadian political culture is the gap between the majority's stated social and community values and their voting patterns. The CBC's fatally flawed Vote Compass notwithstanding (it's virtually impossible to get a result suggesting your values line up with the NDP), years of polling and focus groups suggest that if there was a direct line between voting and values, the NDP would win every election, hands down.

Even though the NDP is skittish when it comes to talking about tax increases (rightfully anticipating a firestorm of media attacks), the fact is Canadians say they would support tax increases if they could be assured the money would be spent on things they want. And the things they want are, of course, essentially the list of things the NDP has always run on: Medicare, affordable post-secondary education, generous social assistance, human rights, genuine EI, eliminating poverty. You know the list -- if you are part of the 70 per cent majority, it is your list, too.

But people not engaged in the political process -- for whatever reason -- are easily dissuaded from believing their values are practical and just as easily persuaded that you can't trust government to act on their behalf. On the latter point, of course, there is a lot of evidence to back them up regarding governments in the past 20 years. Since the advent of "free trade", our governments have become un-governments, dedicated more to dismantling the activist state than enhancing or even maintaining it.

But through all this and through the relentless propaganda of the right through its think tanks, academics, and corporate media, Canadians have maintained their progressive values. When the right set out in the 1980s to roll back the Canadian welfare state, they knew how difficult it was to change people's values. So they didn't really try. Instead they aimed at lowering their expectations. And that was a lot easier.

The first campaign was the fight over the FTA -- the free trade deal between Canada and the U.S. The strategy was to convince Canadians that globalization, like the Borg, was so powerful that resistance was futile. The phrase (first coined by Margaret Thatcher) used to accomplish this propaganda goal was "there is no alternative." It was repeated literally thousands of times and became an acronym: TINA. Its intent was clear: democracy was now restrained by a global reality, and from now on it would be limited. The implicit and sometimes explicit message was that we had to lower our expectations.

In the 1988 free trade election, the TINA campaign actually failed to convince a majority of Canadians -- their values and expectations stayed in synch. But our cursed first-past-the-post system gave us free trade anyway -- just as today it gives us Stephen Harper with 23 per cent of eligible voter support.

But then followed other campaigns: the deficit hysteria campaign railing on about the mythical "debt wall" and "spending like drunken sailors" and how we had to get "our fiscal house in order." And in parallel, the campaign to demonize government -- it was full of overpaid, underworked, "entitled" civil servants (all of whom were branded "bureaucrats").

Creating a cult of "efficiency", the corporate propaganda machine hailed the private sector as the savior of the nation. The government, Preston Manning used to say, has its hand in your pocket -- and because you know how to spend your money better than government, you should get your money back. Tax cut campaigns, led by the ubiquitous Canadian Taxpayers Federation, took the message and ran with it. And with no one on the left willing to counter their message -- and make the connection between taxes and a civilized society -- it worked.

The cynical practice of 'micro-targeting'

That's not the only barrier to democracy that has developed over the past 20 years. Voter identification and manipulation techniques are now so sophisticated and well-tested, that none but the most attentive citizen has a chance. Parties used to appeal to various communities of voters with their messages -- an approach that at least lent itself to a politics of vision. Strategy and tactics followed. Not anymore -- today they lead. According to a recent Globe article:

"What the parties are starting to do instead is called 'micro-targeting,' aiming their policies and messages at narrow bands of the population to shift just enough votes to win. The Conservatives are by far the most sophisticated in Canada at this technique, which tries to understand population in new ways. They use market research data on buying habits and combine it with census data, internal polling and focus groups to shape their campaign's direction and rhetoric."

This is an explicit abandoning of community engagement in politics. Add to this the millions spent on TV advertising -- much of it negative and outright vicious -- repeating simple and simple-minded messages over and over again, and it is a wonder democracy produces any positive results. This is not voter engagement. It is precisely and deliberately the opposite and has been given a name by its perpetrators: voter suppression.

If we were serious about democracy some of this would simply be illegal; other aspects would be tightly regulated. In Scandinavian countries, TV advertising by political parties has either been virtually eliminated as in Norway and Sweden, or as in Denmark, restricted to public channels with time distributed equally to all parties. This tends to force political parties to actually engage citizens in more substantive and less manipulative ways.

Progressive groups in Canada, like Fair Vote Canada, have been pushing hard for a key democratic reform desperately needed in this country: proportional representation. I fully support this movement, but it does not go far enough. A fair voting system in a country with disengaged citizens is still not going to produce a democracy worthy of the name. It creates more favourable conditions, but civic literacy requires more.

What any genuine democracy needs is what I have called intentional citizens, people who take citizenship seriously enough to devote real time, preferably in co-operation with other citizens, in getting a grasp on the policy options put forward by parties and to understand the philosophical basis for different visions of the country.

In Sweden, they take the creation of intentional citizens and civic literacy seriously. In his 2002 book Civic Literacy: How Informed Citizens Make Democracy Work, Canadian writer Henry Milner details the extraordinary efforts Swedish society and government make in this regard. There are 11 adult education associations in Sweden -- mostly involving music, literature, etc. But the largest of them is the Workers Educational Association, affiliated with the Swedish Labour Federation and the Social Democratic Party. It organizes 100,000 study circles with over a million members. The study circles "seek to stimulate a critical attitude, to help clarify the differences between facts and opinions on crucial issues of the day." Imagine that happening in Canada.

These study groups -- and every political party in Sweden has them -- are all eligible for special state funding. They exist not just at the national level for issues like public health and economic prosperity, but locally -- focusing, for example, on threatened plant closures or urban planning. Their impact on civic literacy is greatest with those citizens with the least education, making them less dependent on mass media for their understanding of political issues.

Time will tell whether the surge in NDP support represents a true resistance by Canadians to the well-funded and continuing campaign to lower their expectations of what is possible. But if that resistance is to be meaningful and deeply-rooted, we are going to have to look at a model such as Sweden's to create citizens who cannot be manipulated by advertising, voter suppression, or micro-targeting.

If, that is, we are to turn shoppers into intentional citizens.