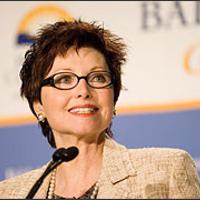 That levy, which required Canada's largest financial institutions -- big banks, mostly -- to pay monies to the provincial treasury based on their paid-up capital (roughly-speaking, assets), was a job-killer, according to both Taylor and bank representatives.

In fact, Taylor -- who, as Tyee readers know, accepted an appointment to the board of directors of Canada's second-largest bank, the TD Bank Financial Group, a bare nine months after resigning her seat in the Legislative Assembly -- made a point of quoting statistics from the banks' national lobby group when she defended her decision to axe the tax.

"If you go to the website of the Canadian Bankers Association, their stats, I think, show quite dramatically that in fact they have not been building their business in B.C.," she said in the legislature on March 31, 2008.

"In the last 10 years in Canada, employment by the banks has risen by over 12 per cent across the country. In B.C., the employment growth in this sector was less than 3 per cent."

Today, three years after Taylor's historic move, have Canada's largest financial institutions begun "building their business in B.C.," as she suggested? As bank taxes went down, have their employment rolls gone up?

Well, no. B.C. actually lost more than 1,600 big bank positions last year, even as our financial behemoths continued to expand and concentrate their operations in the country's largest province, Ontario, and, increasingly, outside Canada.

Taylor's observation on bank employment in B.C. -- as with so many of the comments she made during her brief, 43-month career as a MLA and cabinet minister -- was factually incorrect.

In British Columbia, moreover, bank employment over that same 10-year period climbed from 25,940 to 29,060, up an even 12.0 per cent -- or at least four times higher than the "less than three per cent" assertion made by our former finance minister.

So, far from "not building their businesses" in British Columbia as Taylor alleged, Canada's biggest banks (in the decade before she abolished the corporation capital tax) actually grew their employment rolls at a pace faster than that of the province's overall population growth.

Indeed, during the three years before Taylor bemoaned the banks' alleged lack of investment in our province, the number of branches in B.C. grew by 36 to 790.

TD shareholders must hope that Taylor exerts just a little more diligence in performing her duties as a director for their bank than she did as B.C.'s finance minister.

A tax on capital -- generally, a corporation's equity, plus debt -- was first introduced in Canada in 1947, in Quebec. Ontario adopted a similar impost a decade later, and in B.C., Dave Barrett's New Democratic Party government introduced the corporation capital tax in 1973.

The federal government followed in 1985, with a capital tax on financial institutions only. By the 1990s, capital levies were in place in all 10 provinces (five of which exempted non-financial corporations), but a backlash was being fomented by private-sector lobbyists who argued that the measure stifled investment and restrained job creation.

Another claim by capital tax opponents was that it was simply unfair, insofar as a company, even if unprofitable over a given period, was still obliged to pay the levy. (This argument, of course, ignores the fact that, profitable or not, companies nonetheless consume public services.)

In 2001, the newly-elected government of Gordon Campbell and his BC Liberals made our province the first in Canada to abolish its capital tax on non-financial corporations. The elimination of the impost, which the Campbell administration claimed was "a serious deterrent to overseas investment, particularly from Pacific Rim countries," meant a yearly loss of at least $273 million to Victoria's coffers.

Still, the capital tax on financial institutions continued to deliver $100 million or so each year to the provincial treasury, and so remained a burr under the saddle of the country's big banks.

Not surprisingly, bank representatives appeared frequently before the standing legislative committee on finance and government services in the years following Campbell's ascension to the premier's office, to make pre-budget submissions that called for abolition of the capital tax on financial institutions.

In Oct. 2001, Paul Griffin, lead B.C. lobbyist for the Canadian Bankers Association, plus senior executives from the Bank of Montreal, TD Canada Trust and HSBC, told the legislative committee that they were "advocating the need for fairness in taxation."

"The banking industry," Griffin whinged, "is one of the most highly taxed industries in British Columbia and indeed in Canada."

In Sept. 2006, Griffin and representatives of RBC Financial, Scotiabank and the Bank of Montreal complained to the committee that "We paid about $230 million in taxes last year (in B.C.) We pay more taxes than any other industry."

(The CBA's provincial total appears to include income tax, sales tax, municipal taxes, payroll taxes and Workers' Compensation levies, plus the hated corporation capital tax. In fiscal 2005/06, the Province of British Columbia's total tax revenues were $16.4 billion, so the big banks' contribution that year at most was about one per cent of the total.)

The following year, in Oct. 2007, Griffin, along with bankers from CIBC, RBC Financial and the Canadian Western Bank, groused that the corporation capital tax was "actually a tax on employment." That's because, "the more jobs we create and the more salaries we pay, the more capital taxes we pay."

And this time the bankers' plea for abolition of the corporation capital tax came with a new twist on an old theme: capital tax cuts pay for themselves! "By eliminating the capital taxes, you generate more revenue on the income tax side," Griffin promised.

Revenues from $117 million to zero

Over the years, these and other entreaties by the big banks usually fell on deaf ears. B.C.'s corporation capital tax remained in place from 1974 through the 1980s and a couple of Social Credit governments, through the 1990s and several NDP administrations, and even through the early 2000s with the Campbell Liberals. 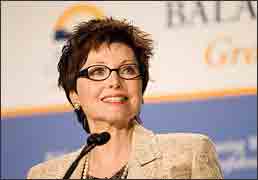 In Taylor's defence, her decision to kill the corporation capital tax was in part attributable to Ottawa -- as the Harper government sought to reduce Canada's overall corporate tax burden -- which in 2007 offered compensation to provinces that abolished their capital levies.

Moreover, when she unveiled legislation to phase out the capital tax, Taylor also brought in a bill (the financial institutions minimum tax) that would require the big banks, insurance companies and others to pay at least some nominal amount to the provincial treasury annually.

In March 2010, however, less than a year after winning re-election, the Campbell government quietly repealed that proposed minimum tax on the country's banks.

Bank jobs declined in BC

What did British Columbians receive at a cost of more than $100 million in lost revenues? How many new banking jobs were created?

That might not be unexpected given the recent economic downturn, yet bank employment in Ontario actually expanded to 148,040 -- an increase of 420 positions while B.C. was losing jobs.

Indeed, the CBA's employment rolls show that the big banks are increasingly concentrating jobs in Canada's biggest province, seemingly irrespective of tax policies in other jurisdictions.

(The situation in fast-growing Alberta, which abolished its capital taxes in 2001, is even worse. Home to 10.9 per cent of all Canadians in 2009, the wild rose province had a paltry 7.5 per cent of all banking jobs.)

But even as the banks shift their operations to Ontario, the real growth in banking jobs is outside Canada. Despite Canadian provinces deliberately whacking their own revenue streams -- cutting corporation income taxes and abolishing capital levies -- in a desperate bid to woo the country's largest financial institutions to invest at home, the banks are looking elsewhere.

Between 1998 and 2009, the number of people employed in foreign countries by our country's big banks skyrocketed from 24,000 to 92,610. Put another way, a decade ago Canadians represented 89.2 per cent of the banks' total work-force; today, the comparable figure is just 63.3 per cent.

And so, as Feb. 19 fast approaches, British Columbians might reasonably wonder what we received from abolition of the supposedly job-killing, corporation capital tax. The BC Liberals should answer that question as we near the third anniversary of Carole Taylor's historic decision.