January 12 marks the first anniversary of Haiti's great earthquake, and the end of the worst year in the country's history, which is saying something. 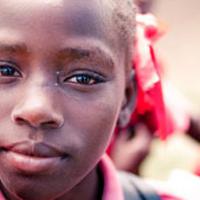 Who's Reporting on Haiti's Cholera?

First came the earthquake, 300,000 deaths and months of chaos. Then, in October, cholera broke out, followed by Hurricane Tomas and then by a blatantly rigged election provoking riots in the streets. (Several parties had been banned from running, including the party of ousted president Jean-Bertrand Aristide.)

Nothing has been resolved. Port-au-Prince is still in ruins and 1.3 million Haitians still live under plastic tarpaulins in camps reeking of sewage. Cholera rages on, killing about 50 people a day. The Organization of American States is recounting the ballots, as if that would make the election valid.

Like most of us, I hadn't paid Haiti much attention after the quake. But as a health blogger, I started following the cholera outbreak in October. It's been a deeply discouraging experience.

Some of the responses to the epidemic are reminiscent of the mass murder of Jews during the Black Death in the 14th century. Some 45 practitioners of Vodun have been "lynched" -- a euphemism for being hacked and beaten to death -- for supposedly having spread cholera. In the neighbouring Dominican Republic, cholera has also broken out but is under control. Still, thousands of Haitian residents in the DR were recently driven from their homes by threats of mob violence.

The government is AWOL

Haiti's government is notable chiefly for its absence. The minister of health is someone named Alex Larsen, who almost never appears in news reports. The Ministry of Public Health and Population has a primitive website that at least reports the daily cholera statistics -- usually a week late, with no analysis or explanation.

No one believes the stats anyway. On Dec. 21, for example, the ministry reported 562 new cholera cases in Port-au-Prince with 205 hospitalizations. On Dec. 22, 378 more cases and 173 cases. In those two days, three people died.

On Dec. 23, the capital had just 17 new cases, with no one sick enough to need hospitalization. Six cases on Christmas Eve, nine on Christmas, and four on Boxing Day, with no one in hospital and no deaths.

If nothing else, you'd think that a 95 per cent fall in cholera cases, in 24 hours, would draw some cheers from the Pan American Health Organization. Nothing. But if PAHO didn't believe the numbers, it didn't question them either. Doctors working in the country estimate that the true count of cases and deaths is somewhere between four and 10 times the official numbers.

That raises another disturbing issue: Haiti has been in effect a ward of the United Nations ever since the 2004 coup that ousted Aristide. MINUSTAH, the U.N. mission to Haiti, has been the de facto government ever since. And it is very likely that a contingent of MINUSTAH's Nepalese peacekeepers, who arrived in central Haiti in mid-October, brought cholera to a country that hadn't seen it in at least a century -- if ever.

U.N. agencies like PAHO have certainly worked hard to fight the outbreak, which by the end of 2010 had killed well over 3,000 persons and sickened over 150,000. They were aided by some 12,000 nongovernmental organizations (NGOs), which in the past decade have effectively replaced most Haitian government institutions.

NGOs build hospitals and housing, dig wells, tweet a lot about themselves, and roar around the country in big SUVs. Some, like Medecins Sans Frontieres and Partners in Health, do superb work. Others are mostly there to win souls for Jesus, which requires endless appeals for money.

Bragging rights in a disaster

The NGOs appear to have almost no coordination or direction, but PAHO cranks out news releases about its partnerships with them. It also brags about the sheer quantity of medical supplies it's sending out to the new CTCs (cholera treatment centres).

The NGOs brag about the good they're doing. PAHO and USAID brag too. But the head of Medecins San Frontieres, clearly the most effective of the NGOs, published a ferocious attack on them all at the end of December.

Meanwhile, Cuban doctors are treating and saving more cholera patients than anyone else. Cuba has sent its healthcare workers to Haiti since 1998, and has trained almost 400 Haitians (free) at its Latin American School of Medicine. The Cubans brag too -- about saving 199 out of every 200 cholera patients they see, when the national case fatality rate is around two per cent. (The World Health Organization says a CFR of one per cent is tolerable.)

Fidel Castro himself has been bragging about the 1,200 Cuban doctors, nurses and support staff now working in Haiti. Since the western media almost totally ignore the Cubans, it's understandable that he has to toot his own horn. Nevertheless, like Haiti's other foreign benefactors, Castro is trying to get some propaganda value out of cholera.

Canada is of course among those would-be benefactors. The Harper government has donated about $5 million to fight cholera, and committed about $1 billion between 2006 and 2012. "Committed" does not mean "spent with visible effect."

Nigel Fisher, UN humanitarian co-ordinator for Haiti, is a Canadian with a lot of clout. He's also the UN Resident Coordinator, in charge of all U.N. agencies. As Deputy Special Representative of the Secretary-General, he's in charge of the U.N. peacekeepers -- including the Brazilians who are itching to get out of Haiti, and the Nepalese who probably brought cholera with them. Fisher is seldom heard from even in U.N. news releases.

Another Canadian is our former governor general Michaëlle Jean, now UNICEF's special representative to Haiti. So far, all I've heard from her is a couple of banal tweets about the need for peace and stability to rebuild Haiti.

Our fault, not theirs

In effect, the U.N. has held power of attorney over Haiti for over five years, and the country remains a disaster -- politically, socially, economically and medically. This reflects far worse on the rest of the world than it does on the Haitians.

International aid has failed so badly that the representative in Haiti of the Organization of American States, Ricardo Seitenfus, recently condemned the whole arrangement. Seitenfus, a respected Brazilian diplomat and academic, was then sacked two months before his term was up.

In a post-firing BBC interview, Seitenfus said: "We have to think that the development of Haiti has to be carried out by Haitians. If people imagine that it can be done through MINUSTAH and through the NGOs, we will be deceiving the Haitians and deceiving the world's public opinion."

Perhaps most discouraging of all, the world's media have lost interest. After a spike of coverage in October and November (especially after the election riots), cholera has become a non-story. Without public awareness, the U.N. and the NGOs will go on as they have for years. Every riot or further worsening of the cholera epidemic will bring more appeals for more money, and more empty "commitments" to provide it. A handful of outsiders -- individual doctors, a few NGOs -- will soldier on, doing some good.

But as Seitenfus says, "There cannot be a permanent policy of substituting the NGOs for the state. Haiti is Haiti, it is not Haitong [Haiti-NGO]. No country would accept what the Haitians are forced to accept."