Boys' Club... You know they're gonna kill us It's the Boys' Club -- Parachute Club 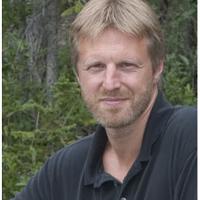 In Search of the Humanitarian Corporation

National governments have been back in the news over the past two years because of the financial crisis and the havoc it wreaked on the global economy. Belying the ideology that nations were obsolete in the grand new order of transnational corporations, they are now front and centre trying to save the corporations that supposedly had replaced them. That is, saving them from themselves -- from their greed, overreach, hubris and sheer incompetence.

Yet there is a disturbing silence about the role of corporations in the world as if these private institutions are somehow immutable -- created by the heavens and something we have to live with, like the weather. We need to change our way of thinking because corporations are the Frankenstein monsters that will destroy the planet. No amount of so-called "good corporate citizenship" or investment in wind power or electric cars will change this fact -- the most important fact that the planet will deal with (or not) in the next century. Imagine what you will regarding what "we" have to do to save the planet. Unless we dismantle this perverse institution and take away its power, the world will descend into another dark age.

Beginning late in the last century, corporations established themselves in law as "natural persons," a brilliant maneuver that gave these huge, globe-straddling giants the same rights as individual citizens. They, of course, are anything but. Citizens live and die; corporations under current laws live forever. Citizens have wide-ranging responsibilities that are the other side of their entitlements. Corporations are by definition "limited liability" citizens whose CEOs and board members are effectively beyond the reach of the law for the crimes they regularly commit.

They didn't arrive on the planet like this. We made them what they are through legislation and court decisions and we can, if we choose, undo what we have done. It wouldn't be easy, but if we never imagine it, it will never happen.

Twenty to 25 years ago the world entered what John McMurtry, professor of philosophy at the University of Guelph, has called the cancer stage of capitalism: "Prior to the 1970s, capitalism had been compelled by the 'communist threat,' workers' movements, and a new electoral accountability to adopt preventive measures against its own internal pathologies." McMurtry refers to this system of social reforms and democratic responsiveness as capitalism's immune system. But with the advent of a new political consensus amongst the global elites -- the Washington consensus of privatization, deregulation, tax cuts, free trade and cuts to social programs -- we have witnessed the explicit dismantling of that immune system. All of capitalism's "pathologies" have been liberated -- symbolized by the phrase (and the movie) "greed is good." The revelations about the financial industry and the behaviour of its principal actors show how far the cancer has progressed.

UBC professor Robert Hare, one of the world's pre-eminent experts on psychopathology, has written (see his book Snakes in Suits) about how the new capitalism and its ruthless advance has actually created a home for what he calls "sub-criminal psychopaths." When corporations want tough, brilliant "leaders" to help them compete and offer almost limitless wealth and power as a reward, they attract psychopathic personalities. Who better to lay off thousands of employees than someone incapable of feeling empathy or remorse?

But if the newest crop of CEOs contains a goodly number of psychopaths, the organizations they lead were already and remain constitutionally sociopathic. Not only do these so-called "citizens" live forever, but they are prevented by law -- their fiduciary responsibilities to their shareholders -- from taking into consideration the good of society, their employees or the environment. The public good must be subordinated to the profit motive and the drive to increase shareholder value.

Of course, corporations are supposed to obey the laws in these areas. But while it is in the interests of real flesh and blood citizens to obey the law because otherwise they would invite social chaos, it is the interests of corporate citizens to break the law. This is so obvious that there is even a body of corporate legal theory that promotes law-breaking if it leads to increased profits. Two University of Chicago law professors, Frank Easterbrook (also a judge) and Daniel Fischel, wrote over 25 years ago that managers should break the law if it is profitable, and if they get caught they should simply treat the ensuing fine as a cost of doing business. They weren't just talking about fines for double-parking their trucks. They were talking about fraud, corruption, pollution, price-fixing, occupational disease, and bribery -- all "externalities" on the road to making a profit. This theory has dominated American corporate thinking for two decades.

The corporate drive for power over society is relentless and the advent of so-called "free trade" -- effectively constitutional power for corporations -- has made things much worse. Breaking the law and getting caught is an annoying distraction. Why not get governments to sign agreements -- like NAFTA -- that give corporations the power to prevent governments from passing laws in the first place? Chapter 11 of NAFTA allows corporations to directly sue governments for passing laws which diminish their future profits. (These suits are increasing every year.) The Harper government wants to place similar provisions in CETA -- the Canada-Europe Trade Agreement.

Before corporations ruled the world

In 1809, the Supreme Court of Virginia ruled that if an applicant's purpose in seeking a charter "...is merely private or selfish; if it is detrimental to, or not promotive, of the public good, they have no adequate claim upon the legislature for the privileges." Charters were routinely denied. In 1832, Pennsylvania revoked the charter of 10 banks, and in 1857 passed a constitutional amendment instructing legislators to "...alter, annul, or revoke any charter of any corporation... whenever in their opinion it may be injurious to citizens of the community." The principle behind challenging a corporation's charter was "quo warranto" -- by what authority? Setting up a corporation was a privilege, not a right. Today applicants cannot be turned down for any reason -- it is simply a matter of filling out a form -- and most provinces have given up their power to revoke corporate charters.

These strict limits on corporations -- they could only engage in the single activity described in their charter -- began to disappear in the late 1800s as corporations became more powerful. It was perhaps the first example of the race to the bottom scenario: states competed with each other for corporate investment and their judges systematically eliminated restrictions on corporate charters. They re-interpreted the U.S. constitution and changed the common law.

Canadians are not particularly trustful of corporations, but I get the feeling that many people believe that at some point corporations will actually see that things are getting so bad that they will somehow change their ways. In fact, this is literally impossible. The way they are constructed in law and in the economy they are constitutionally incapable of changing the way they operate. They are what they are. They are what we made them.

And you know they're gonna kill us.

No, if we are ever going to save the earth from climate change, pollution, species decline, and the stark-raving-madness of the consumer culture we will have to radically reform the corporation. Anything less and we can kiss the planet goodbye. But that will be so difficult we might as well set our sites even higher and get rid of this dangerously insane "citizen" amongst us -- one utterly unredeemable and incapable of rehabilitation. A good start would be to find a compelling case to take to the Supreme Court and have corporations' "natural persons" status removed.