It is too often the case that history highlights important developments that current affairs seem to miss. That unfortunately seems to be the case with what will certainly be recorded as one of the most shameful moral failures of the Quebec labour movement in its history. I am speaking of its blind support for the asbestos industry in that province, support that contradicts almost every important tenet of trade unionism. Asbestos kills more people worldwide by far, than any other industrial material. And that includes Quebec, where 55 per cent of all worker fatalities in 2009 were caused by asbestos. 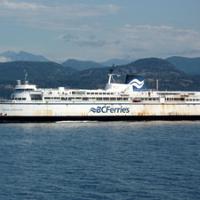 Yet the entire Quebec labour movement aggressively supports this killer industry, callously ignoring repeated pleas from their brothers and sisters in India (where most of Canadian asbestos is sold) and dismissing the overwhelming scientific evidence that condemns this substance as unremittingly deadly.

It also publicly claims that asbestos can be used safely, ignoring all the evidence to the contrary. That inexcusable position will ensure that thousands more third-world workers (and civilians) will die painful, lingering deaths. Tens of thousands will be disabled and thus unable to earn a living in developing countries with no social safety net.

It is hard to imagine a more shameful position on the part of a whole union movement.

Last year it looked very much like this poisonous substance would finally be banned and the mines closed down. (All calls for shutting down the mines have been accompanied by plans to compensate the workers involved.) The NDP and the Liberal Party of Canada -- previously reluctant to call for a ban -- changed their positions. An effective movement of health groups and public agencies put enormous pressure on the industry.

One of the reasons it seemed the industry was finished was the release last year of two key reports. One by Health Canada (suppressed for a year by the Harper government until a Canwest FOI ferreted it out) and an even more prestigious study by the International Agency for Research on Cancer (IARC), the most respected cancer agency in the world. Both confirmed chrysotile asbestos (the only kind still mined) as a "Class 1 carcinogen." With these two definitive reports reinforcing existing studies, there was, it seemed, nowhere for promoters to hide.

As for the safe use argument, even in Quebec, where small amounts are still sold, there is no such thing as safe use. A two-year study by Quebec government health institutions found a 100 per cent failure rate in the safe use of chrysotile asbestos in the province. Safe use in developing countries is virtually impossible. A CBC documentary last year showed Indian workers in clouds of asbestos dust with nothing but cotton surgical masks for protection.

In Quebec, 15 doctors, toxicologists, occupational hygienists and epidemiologists, several of them professors at the universities of Montreal, Laval and Sherbrooke, issued an extraordinarily powerful public statement calling for an end to Quebec's asbestos exports. The La Presse headline said it all: "It's time to stop the asbestos lies."

As a result of this literally universal condemnation of asbestos mining, last October there were strong indications that the Quebec government was considering revising its stand on supporting asbestos. But the relentless lobbying by the Chrysotile Institute (the asbestos lobby group renamed to remove the word asbestos), the Steelworkers union, the Quebec Federation of Labour and the CSN (representing most Quebec public sector workers) forced them to back off.

Now the Liberal government is planning to breathe new life into a dying industry with a $58 million loan guarantee.

Propping up a dying industry

Just what kind of jobs are they protecting? The current and only mine is in bankruptcy protection and its employees have had their wages cut virtually in half. Not a single private investor would put a dime into the new mine and workers were forced to sign a deal putting aside 10 per cent of their already slashed wages into a fund to repay the government $10 million if the mine fails. The National Asbestos Union president, Rodrigue Chartier, said mine president, Bernard Coulombe, used fear tactics to get the workers to sign a deal with a "starvation wage" of $15.93 an hour for young workers.

This is the humiliating agreement Quebec labour thinks is worth defending -- against the lives of thousands of Indian and other developing country workers. The new mine will last 25 years, which means another generation of workers in the developing world will suffer because of government and union collusion in lying about the "safety" of asbestos.

The overwhelming science and the long list of health organizations globally, in Canada and in Quebec calling for a ban prompted the Chrysotile Institute to engage in an aggressive and crude attack on the science, critics and health organizations declaring asbestos a deadly threat. The CI (which receives $250,000 a year from Ottawa) has been headed up for years by former presidents of the Quebec Federation of Labour -- a transparent but successful effort to give asbestos labour's seal of approval.

The fact that there is no real debate is revealed by the thuggish comments from the defenders of asbestos, including Clement Godbout, the former QFL president and head of the CI. Godbout put out a press release on behalf of the CI calling the position of those who want an end to asbestos use (such as the CMA, the Canadian Cancer Society, the Canadian Public Health Association, the WHO) "loufoque." This is Quebecois slang for "wacko."

Jeffrey mine president, Bernard Coulombe, who is a director of the Chrysotile Institute, called Quebec's top health institution, the National Public Health Institute of Quebec, "a little gang of Talibans" because they have repeatedly published scientific reports documenting that chrysotile asbestos is harmful.

In a statement dripping with macabre irony, Michel Arsenault, president of the QFL, pleaded in favour of export of asbestos to developing countries -- on April 28, labour's Day of Mourning in recognition of workers who have died on the job: "As for us, we are for the safe use of chrysotile asbestos. From what I know of asbestos producers in Quebec, they take care to verify where their asbestos is going and that it is used correctly."

Roger Valois, vice-président de la CSN, for his part deplored that "no-one explains to people in developing countries how to use asbestos." Valois has failed repeatedly to get the Quebec government to enforce asbestos safety standards, so it is curious that he thinks they could ever be enforced in the developing world.

A number of Indian labour groups recently wrote to Premier Jean Charest criticizing his government for denying that asbestos is a dangerous substance. The Occupational, Environmental and Health Network of India wrote: "We believe continued trade and use of asbestos is a crime against humanity. You seem to have sold your mind, your heart and your soul to the asbestos industry."

The same should be said of the whole Quebec labour movement.