Canada is in the midst of a crisis in democracy unique in its history. There is simply no other historical example that one can compare it to. It is multi-faceted and it affects every aspect of our national politics and political discourse. It is inexorably eroding the political fabric of the country and therefore our viability as a democratic nation. 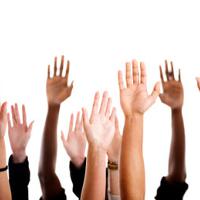 First, we have a government so contemptuous of democracy that it is utterly unapologetic in trying to impose on the country an agenda opposed by probably 75 per cent of the population -- treating its minority status not as a mandate to work with other parties but as an irritating impediment to re-engineering the country along the lines defined by the U.S. Christian right.

Second, we are amongst a tiny handful of countries still saddled with the absurdly anachronistic voting system that allows for government by executive dictatorship by any party that can get 40 per cent of the vote.

Third, Canada is witnessing a continuing catastrophic decrease in voter turn out with just 59 per cent voting in the October 2008 election -- a result which put us 16th out of 17 peer nations. This aspect of the crisis is largely the result of the first two: a deliberate plan by the political right to downsize democracy through relentless partisanship and people's frustration at seeing their votes count for nothing.

Fourth is the crisis within the Liberal Party and its virtual collapse as a vehicle for nation-building. The era of Trudeau and Turner has been replaced by that of Paul Martin and Ignatieff -- cynical servants of the wealthy and spear-carriers for neo-liberal economic policies that are anathema to genuine democracy and nation-building. This internal crisis has led to a ceiling for their popular support of no more than 35 per cent. While one party's problems may not fully qualify as a crisis in democracy, the absence of a strong centre-left mainstream party puts the fruits of democracy at risk.

No matter how out of synch with Canadians the Harper government becomes on a range of issues -- the Jaffer/Guergis fiasco; the shameful exclusion of abortion from Ottawa's maternal health program; the contempt for Parliament; the chronic lying -- the Liberals cannot gain any traction. While it is just one poll, a recent Harris-Decima survey showed the Liberals at just 27 per cent and the Conservatives at 29 per cent. The most significant number was the NDP at 20 per cent, just seven points behind the once proud, and arrogant, 'natural governing party.'

The Liberal Party is in the midst of its greatest crisis in decades. Paul Martin and the thugs who ran his leadership campaign destroyed the unity of the party. It will be a long time before it recovers. This is why the Liberals are floundering -- the magic and good judgment (and smart people) that came from feeling entitled to govern the country is gone. Liberals are confused, lack confidence, and don't like each other much. And instead of a leader with a history in the party who might actually understand the problem, they have Ignatieff, a political idiot savant incapable of repairing the party.

Now, more than ever, a coalition

The only way out of this impasse -- for the Liberals and the country -- is clear to everyone except the one person and party critical to making it happen. The solution to all of these elements of the democratic crisis is the implementation of proportional representation, preceded by a formal commitment by the opposition parties to form a coalition government after the next election.

A coalition of Liberals and the NDP, based on a signed accord committing both to a minimum but substantive legislative agenda, and supported informally by the Bloc is not just one possible strategy to rid the country of Stephen Harper and his wrecking crew. It is the only strategy.

Nothing else will work. Good luck to the NDP in their quest to replace the Liberals, but we just don't have that much time. The Liberals, it should now be clear, are incapable of winning a majority (this is a good thing) with Ignatieff and quite likely with any other leader on the horizon.

For those on the left who don't trust the Liberals, of course they are right. Their recent history in government is a betrayal of the best of their own legacy. But Canada is facing its greatest threat to democracy in its history and we don't have the luxury of turning up our noses at even this quintessential pro-business party. And forcing the Liberals to recognize that their best bet for survival is through a progressive coalition might actually reinforce what remains of the left-wing of that party.

Doing nothing locks in right-wing rule

We can either take our chances with a coalition with the Liberals or sit on the sidelines and let it continue on its current path: competing with Harper for the centre-right vote and guaranteeing the continued deadlock. If the right-wing of the Liberal party prevails then it will, along with Harper, drag the country ever-further to the right and eliminate any hope of progressive policies down the road.

The Liberals are still, inexplicably in my view, blocking a coalition. Ignatieff's rejection of the coalition in 2009 was the biggest mistake the party could have made. Partly out of hubris, partly toadying to the Bay Street bankers, Ignatieff killed the best chance for reviving his moribund party. Had Ignatieff gone along, the progressive policies that the NDP had secured from the Liberals would have put the party back on track. There is nothing like exercising power to give you back your confidence. It is the Liberals who would have received most of the credit and they could have been on the road to recovery.

A coalition is still possible, but it will take a concerted effort on the part of ordinary Canadians, social and labour movements, and Liberal Party members to force the party to start negotiations. It should not be that difficult: The Liberals should be in panic mode if they are not, and short of dumping Ignatieff and taking a risk with another leader, their prospects are grim.

What might a minimum basis for a coalition program look like? For starters, a national child care program which the Liberals, under pressure from the NDP, had almost implemented and to which Ignatieff has said he is still committed. Secondly, a halt to the insane tax cuts, and a reversal of the worst of them to recover some of the $100 billion a year we have lost. Ignatieff has mused about this and Layton would, too, if he had a coalition partner. Third, a commitment to the Kyoto Accord which Canada has already signed. Fourth, vigorous pursuit of the Afghan torture issue (which would finish Harper once and for all), a commitment to a decisive exit from that country, and the forging of a more independent foreign policy.

But most important for the future of the country would be a commitment to proportional representation (PR) or at a minimum, a national referendum on the issue. This will be the toughest to achieve, but the NDP, which officially supports PR, should make this the core of any agreement -- and the core plank in its next election platform.

An Environics poll commissioned by the Council of Canadians and carried out in February revealed that fully 62 per cent of Canadians support a change in the voting system to one using PR. Young voters were the strongest supporters, with 71 per cent favouring such a change. Given that only 20 per cent of eligible first-time voters actually cast a ballot, PR might help address that crisis, too.