For the first time in history, the major political parties seem to agree Canada needs to radically reduce its CO2 emissions.

All have announced emissions reductions targets in the federal election’s early days, ranging from the Conservatives’ proposal to lower our targets to the Greens’ call for much bigger cuts.

But Canada has an abysmal track record in actually reaching whatever emission goals the government set. Since 1992 it’s missed every target.

From 1990–2019 emissions from Canada’s oil and gas sector increased by 87 per cent as the country ramped up its crude oil production and expanded the oilsands, says Caroline Brouillette, domestic policy manager for Climate Action Network Canada.

In 2019 the oil and gas sector emitted 191 megatonnes of CO2 — just over one-quarter of Canada's total annual emissions. CO2 emissions are greenhouse gases that are internationally and domestically acknowledged to be the cause of climate change.

In 2016, Prime Minister Justin Trudeau pledged to end fossil fuel subsidies by 2025. But between 2015 and 2019, subsidies increased by 40 per cent, which is the second-worst progress in all the G20, according to a BloombergNEF report.

This helped Canada blow past its 1992 Earth Summit, 2002 Kyoto Protocol and 2009 Copenhagen Accord commitments to reduce emissions.

The Canadian Centre for Policy Alternatives says the country is also on the path to miss its 2015 Paris Agreement goal and its net-zero emissions by 2050 target.

Despite that track record, experts say voters should be paying close attention to emission-reductions pledges in the election campaign. They say times have changed and these targets are no longer empty words.

There are a couple of reasons for that. First, there’s an increase in public pressure to do something about climate change.

Hadrian Mertins-Kirkwood, Canadian Centre for Policy Alternatives senior researcher, says the Canadian oil and gas lobby — one of the most powerful in the world — has sown climate change misinformation and pushed to water down climate policy for years.

But two recent reports from the International Energy Agency and the Intergovernmental Panel on Climate Change, plus a summer filled with climate disasters, are helping fuel a pushback against the industry’s influence, says Julia Levin, senior climate and energy program manager with Environmental Defence.

The reports respectively say there should be no new fossil fuel expansion by the end of the year and that the climate emergency is driven by fossil fuels.

“It’s bad that catastrophe had to happen to get decision-makers in gear, but at least they’re in gear now,” Levin says.

The Canadian Net-Zero Emissions Accountability Act, or Bill C-12, compels politicians by law to provide updates on their climate actions every five years, starting in 2026. This will hold government to account on short-term milestones as well as long-term targets, and will help avoid the mistakes of the past where government put off action until the last minute — similar to students cramming for exams, Brouillette says.

Mertins-Kirkwood says he doesn’t put as much faith in Bill C-12 because there’s no ramifications if government, once again, misses its target. But he adds there’s still room for optimism because both the Liberals and Conservatives have published comprehensive plans to hit their climate goals.

That’s new, even if the climate commitments fall short, he says.

Here’s a roundup of what the parties are promising on emissions reductions.

The Conservatives want to do the opposite of what climate scientists are telling us to do, Brouillette says.

The Conservative platform says it will reduce emissions by 30 per cent below 2005 levels by 2030 (this is up to 15-per-cent less than Canada’s current goals); invest $5 billion in carbon capture and storage technology, which nab emissions from the production site and store them; and put $3 billion into natural climate solutions, such as forest management and wetland restoration.

It also says it will increase fossil fuel production by building more pipelines, boost subsidies for offshore oil wells and make it illegal to protest against “critical infrastructure” like pipelines or rail.

But Levin warns against carbon-capture technologies.

“Even if you attach carbon capture to your oil refinery and slightly decrease the emissions intensity of that oil, 80 per cent of the emissions comes from when you burn the fossil fuel,” she said.

The Canadian Centre for Policy Alternatives also warns against natural climate solutions, especially when those solutions are used as an excuse to continue producing fossil fuels.

The Liberals haven’t published their platform yet. Their policies have some good elements, but also some “critical failures” when it comes to climate, says Alex Speers-Roesch, Greenpeace climate policy analyst.

The Liberals brought in Canada’s current goal of 40- to 45-per-cent emissions reduction below 2005 levels by 2030; have committed $319 million to carbon capture research and want to see all new cars and small trucks be zero emissions by 2035.

But they’ve also increased fossil fuel subsidies, failed to deliver a plan to transition fossil fuel workers away from the industry as it winds down and bailed out the Trans Mountain pipeline by buying it when the private sector gave up on the project, Speers-Roesch says. 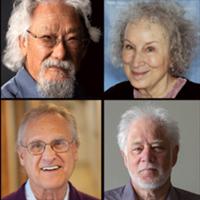 The Liberals say revenue from the Trans Mountain expansion project will help fund the fight against climate change.

Speers-Roesch says he’s hoping the Liberals will use the International Energy Agency report on how to transition to a net-zero energy system by 2050 and a report from the Parliamentary Budget Office that says the expanded Trans Mountain pipeline will likely never make the government money as a reason to scrap it entirely. 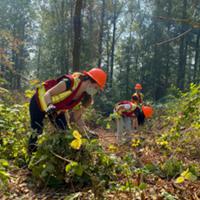 Ten Jobs for Getting to Work on a Zero Emissions Future

The NDP says it will reduce emissions by 50 per cent below 2005 levels by 2030, hit net-zero by 2050 and immediately end fossil fuel subsidies and oppose TMX.

But the party hasn’t come out against fossil fuel expansion and NDP Leader Jagmeet Singh won’t say if he supports LNG expansion in B.C.

Mertins-Kirkwood says that’s slightly better than the Liberals, but still falls short of what climate scientists are calling for.

The Greens are the only party without “cognitive dissonance” over the role of fossil fuels in a net-zero world — which is none, Mertins-Kirkwood says.

The Greens are calling for a 60-per-cent reduction below 2005 levels by 2030 and oppose all new pipelines and fossil fuel infrastructure.

Because of inner party turmoil, the party hasn’t been able to play its traditional role of critiquing other party’s environmental platforms and demanding better policy, Speers-Roesch says.