Prioritizing all essential workers over 30 for the AstraZeneca vaccine could prevent more than 45,000 cases of COVID-19, 811 hospitalizations and 127 deaths in B.C. this year, new modelling from a group of University of British Columbia researchers suggests.

About 2,300 cases of long-lasting COVID symptoms and permanent health conditions could also be averted between now and October, the model estimates.

As the virus surges in the province and hospitalizations shatter records, the research found the average risk of rare blood clots linked to the vaccine — estimated from one in 50,000 to one in 1,000,000 — is still far less than the risk of COVID-19, particularly in high-transmission areas like the Lower Mainland.

“If someone has a lot of exposure, like many frontline workers do, or lives in a more high-risk situation, like in a multi-generational home, then their risk from COVID would be higher,” said lead author Amin Adibi in an interview. “As a result, the AstraZeneca vaccine would be even more beneficial for them.”

The paper, which has not yet been peer-reviewed, reached similar conclusions to risk analyses from vaccine advisory bodies in the United Kingdom and Canada. “It’s encouraging to see some other consensus emerge,” Adibi said.

Provincial health officer Dr. Bonnie Henry has repeatedly cited workplaces as sources of transmission for variants that then rip through households, sending older family members and a small but increasing proportion of adults under 40 to hospital.

With so much concern swirling around the AstraZeneca vaccine that had left doses unused, Adibi felt it was important to put the blood clot risk in perspective for British Columbians.

“It’s an extremely rare event, but it is a risk nonetheless. It needs to be communicated very early on and very clearly,” he said. “It’s all about weighing different kinds of risk against each other and being able to make the best decision.”

Even at the highest estimate of blood clot risks, B.C. would see a maximum of two blood clotting events, which carry a 20- to 40-per-cent chance of death, if it prioritized frontline workers. Canada has reported 11 such events and no fatalities to date.

“The risk from the vaccine remains the same, but the risk from COVID could be different depending on our situation,” Adibi said, particularly for frontline workers.

“I think we also have an obligation towards frontline workers,” said Adibi. “These are the people who have been there for us who have worked so hard to keep us fed and keep our services running.”

B.C. initially planned to use all AstraZeneca vaccines to immunize around 300,000 essential workers starting in early April.

But on March 29, the province halted the rollout for people under 55 on the advice of the National Advisory Council on Immunization as it investigated concerns of rare blood clotting events. Vaccines instead went to the general population aged 55 to 65 through Lower Mainland pharmacies.

Some Pfizer and Moderna vaccines have since been redirected to sector-specific vaccination campaigns in the Lower Mainland, including first responders, law enforcement, school staff and child-care workers.

On April 26, B.C. lowered eligibility to age 40 after NACI revised its guidance, making it available in pharmacies across the province and some targeted pop-up clinics in 13 hotspots.

Since then, NACI recommended AstraZeneca for anyone over 30 who does not want to wait for an mRNA vaccine like Pfizer or Moderna in the age-based rollout.

Henry said Monday that safety concerns and a limited supply of AstraZeneca had complicated the rollout, but that the province would expand eligibility by age and occupation when more vaccines arrive in the coming weeks.

“We have had to do that in a phased approach, starting with the highest risk communities,” she said. “This week is a very stretched week in terms of vaccine... but starting next week, once again, we’ll be able to open that up more rapidly.” 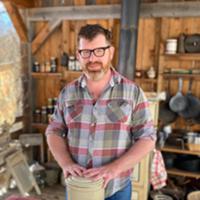 Got AstraZeneca? Gen X Is Looking for You

Adibi ran the model to compare risks of someone in the Lower Mainland waiting just two weeks for an mRNA vaccine instead of getting AstraZeneca right away. “Even waiting two weeks in a hotspot was on average not a good idea,” he said.

While the model assumed action would be taken on April 15, Adibi said the model found similar benefits even if action was delayed or vaccine uptake was lesser.

Promising signs the province is bending the curve of new cases also suggest the province’s efforts to get AstraZeneca to people in hotspots and some essential sectors is working as Adibi and his colleagues recommend.

“This is a very complex and developing situation,” he said. “We are encouraged by what was done by the province so far with the information they had available at the time.”

To date, more than 1.6 million vaccine doses have been administered in B.C. All eligible British Columbians are expected to receive a first dose of vaccine by July 1.