Further restrictions aren’t the way to curb a growing number of new COVID-19 cases and variants in B.C., says one of the province’s top infectious disease experts.

Daily case numbers persist at their highest levels in nearly two months, despite limits on social gatherings, sports and travel introduced in November.

Provincial health officer Dr. Bonnie Henry said earlier this week she is open to tightening the rules if she sees evidence of a rapid surge in cases, although on Thursday she eased them slightly to allow 10 people from a consistent group to gather outdoors.

Instead, he wants to see more education on the importance of following the rules and more testing to identify cases and prevent spread.

“There is some thinking out there that, ‘As long as I follow most rules most of the time, we’ll be OK,’” he said in an interview. “But if you make even one incorrect or risky decision, that’s out the window.”

Part of the problem is that people are fatigued after a year of pandemic restrictions, Conway said.

But communication about the restrictions and their importance has also been unclear sometimes, and more work is needed, he added.

Some people are already finding creative ways to skirt the rules. Tightening restrictions would likely just push them into further risky behaviour, he said.

Instead, Conway wants to see broadened testing and targeted education to stop the concerning surge that B.C. is experiencing.

Conway said rapid testing in the community could be expanded in communal living and workplaces, something Henry has rejected because rapid tests have a lower accuracy rate than the PCR tests conducted in a lab.

“It continues to surprise me that we haven’t embraced rapid testing any more than we have,” Conway said. “The test is sometimes inaccurate, but it is significantly accurate.”

That’s especially true for positive test results, he noted. “As long as we interpret the results in context, we can make use of it.”

Teaching people where the risk of spread is high has also proven effective, and the province should do more of it, Conway said.

In Whistler, which saw nearly 600 cases in January, public health staff went into the bars and restaurants where COVID-19 was spreading through inter-household dining, table hopping and crowding.

The places closed for testing and cleaning, and public health “got everyone acquainted with the rules,” Conway said.

Similar campaigns could work for other situations where spread is common.

Conway has heard of cases where people defy public health orders and have out-of-province family visits, falsely assuming that keeping a two-metre distance indoors is enough to prevent transmission without other measures in place.

British Columbians need to know that rules are there for a reason, and distancing or masking doesn’t provide enough protection when you break them.

“It’s not the time to bring the hammer down,” said Conway. “We can use that as an opportunity to educate, and to get the message across to other people.”

Restrictions haven’t changed yet despite rising case numbers, Henry said Monday, because the province knows more about where transmission of the virus and its variants is happening.

The province is already using this information to respond to outbreaks.

On Wednesday, Northern Health announced it would divert enough vaccines to immunize all adults in Prince Rupert by April 1 in an effort to stop the high transmission and positivity rates in that community. 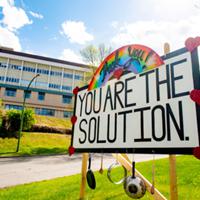 Henry said successful vaccination efforts aimed at protecting the highest-risk people, like those in care homes, has reduced the need for restrictions. And the province has gained more information about new variants of concern.

“We’re not out of that woods yet, but we know a lot more about these cases and where they’re occurring.”

B.C. has identified 627 total cases of variants of concern, 109 of which were active as of Wednesday.

Conway said that’s evidence that variants aren’t taking hold as strongly as previously thought. But the risk is still too great to simply stay the course and rely on vaccines.

“To restrict more won’t necessarily bring the numbers down,” said Conway. “We need to think of other ways of dealing with it.”