A non-profit group that advocates for sex workers is cutting ties with the Vancouver Police Department, saying officers continue to harass sex workers and it has not shown a commitment to “a sex workers’ rights-based approach.”

Vancouver police had been on the steering community for Living in Community, which was formed in 2004 after revelations that serial killer Robert Pickton had targeted vulnerable sex workers for years in the Downtown Eastside.

The VPD’s refusal to accept training offered by Living in Community is one factor behind the decision.

Another, the organization says, was a criminal case against a former VPD detective who was part of the force’s counter-exploitation squad, but who pled guilty to sexually exploiting two young women.

“We had tried several times over the years to try to work with the officers and provide more training on, What are the laws? What are the guidelines? How can you go about this, from a perspective of doing your job to keep communities safe, but also taking more of a harm reduction approach to your work,” said Halena Seiferling, director of community engagement with Living in Community.

“And that has not happened.”

The decision to permanently cut ties comes after Living in Community temporarily removed a VPD representative from its steering committee in 2019.

Seiferling said Living in Community informed Police Chief Adam Palmer of the group’s decision in November and a police officer responded a month later to offer to meet with the group.

“We said… as stated in our statement, if in the future we see a clear and demonstrated commitment from the VPD to protecting and advancing the rights of sex workers, that is the point at which we would engage with you,” Seiferling said.

In an email to The Tyee, Simi Heer, director of public affairs with the VPD, said the force works directly with sex worker advocacy organizations, and would like to re-establish contact with Living in Community.

Heer said the VPD focuses on violent predators, human trafficking and organized crime in the sex industry, and has not arrested any sex worker on a prostitution offence in over a decade. She said all officers receive training on the department’s guidelines on priorities for policing sex work, and those guidelines have been in place since 2013.

“The VPD has indicated to Living in Community, that we are open to working with all community groups to provide new or updated training to frontline members,” Heer wrote. “The training conversation did not advance as far as we would have liked last year, due to the COVID-19 pandemic and the immediate officer and public safety requirements that needed to be prioritized.”

Living in Community formed to attempt to bring together current and former sex workers, business owners, Indigenous and anti-violence organizations, the City of Vancouver and the police to attempt to come to common ground on community safety.

Seiferling said stakeholders were shaken by revelations that an officer in the police department’s counter-exploitation unit abused two young women involved in the sex trade.

Former VPD detective James Fisher pleaded guilty in 2018 to sexual exploitation and breach of trust and was sentenced to 20 months in jail.

But more details about his alleged conduct continued to be reported throughout 2019 and 2020 during the trial of convicted pimp Reza Moazami.

Three other officers from the counter-exploitation unit were also investigated, but not charged, in connection with the case.

None of the officers charged or investigated had ever been members of Living in Community’s steering committee, but other members of the counter-exploitation unit had been on the committee in the past, Seiferling said.

Heer said the VPD recognizes Fisher’s actions “had a significant impact on the sex work community. We proactively provided as much information as possible to our stakeholders in the sex work industry about this case. Although only one officer was involved, we know it was a setback for our relationships and trust building.”

Mebrat Beyene, executive director of WISH, an organization that supports sex workers, says it’s common for sex workers to experience police repeatedly interacting with them while they’re working, presumably to check they are safe.

But the practice has the effect of making work more dangerous.

“It’s driving any possible business away, or worse, further underground, because then the Johns, the potential dates, don’t want to be seen or surveilled,” Beyene told The Tyee in a previous interview. “So it’s literally moving into darker streets, darker alleyways.”

Sex workers also say police cars will follow a client’s car until the man makes the woman get out of the car miles away from where she lives, Beyene said. 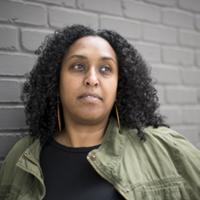 The Liberals promised to repeal the law during the 2015 election campaign, but failed to act.

Last July, human rights organizations and sex worker advocates called on the federal government to stop enforcing sex work laws because of the extra risk workers face during the pandemic.

Seiferling emphasized that Living in Community’s decision was not made because of activism across North America in 2020 that called for police to be defunded or abolished.

It reflects the long and at-times difficult history between Living in Community and the VPD, she said.

Ultimately, Seiferling said, Living in Community members have come to realize that the organization may have an inherent conflict with police departments given current Canadian laws.