British Columbia’s 300 midwives are calling on the province for support and better pay as the pandemic stretches them to the breaking point.

Midwives’ workloads have increased rapidly during the pandemic as more families, particularly in rural and remote areas, want to avoid both travel and giving birth in high-exposure areas like hospitals.

And according to a recent report, B.C. could lose a number of the midwives who together deliver about one-quarter of babies in the province if action isn’t taken quickly.

“We’ve reached an urgent crisis point where if we don’t support the midwifery profession, then we will be losing a significant portion of our members in the next three to five years and that will have a direct impact on patients,” said Lehe Spiegelman, president of the Midwives Association of B.C.

The results of a recent survey of midwives in B.C. conducted by two University of British Columbia researchers show how the pandemic has strained a profession already facing major challenges.

Two-thirds of midwives say their workload has increased due to the pandemic and 77 per cent are feeling burnt out, compared to 45 per cent who felt the same way in 2017.

More than 80 per cent also reported making their own PPE to protect themselves and patients at appointments, which take place anywhere from a client’s home to a community clinic to a hospital.

And one in five midwives say they are actively taking steps towards leaving the profession, more than double the number doing so in 2017.

“There are communities where they are extremely reliant on midwifery care,” said Spiegelman. This is true particularly for culturally safe care in Indigenous communities and “could have a direct impact on maternity services across the province.”

A September report from the Sustainable Midwifery Practice Taskforce — conducted by a group of midwife researchers, professors and sector leaders — laid out pre-existing issues with burnout, stress and financial instability in the profession in B.C., where midwives are paid less than their counterparts in other provinces.

The vast majority of midwives are paid through fee-for-service, not salaries, meaning time off and administrative duties are unpaid.

Under the current agreement with the provincial government that covers most midwives, very few have sufficient paid time off for illness or family leave, the report noted.

This means they lose pay if they are exposed to COVID-19 and need to self-isolate.

Midwives also haven’t been included in the pandemic pay boost programs for frontline workers rolled out by government, despite about a quarter reporting more financial difficulty meeting in basic needs since March.

And previous research shows higher pay is one of the key solutions to retaining midwives, preventing burnout and ensuring quality patient care. 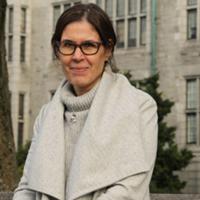 Spiegelman says the exclusion from pandemic pay signals a lack of respect for the important role midwives play not only in birth but in prenatal and postpartum health.

“Midwives feel very undervalued by the health-care system, to be left out of these basic programs to support health-care workers,” she said. “It’s important that we value those frontline workers, and that we value birthing options.”

An October 2019 collective agreement offer from government was rejected by 65 per cent of midwives. Negotiations resumed over the summer, but the association has now requested arbitration.

Speigelman says she is hopeful the result will reflect the important role midwives play, pandemic or not, and can lay the groundwork for a more supportive work environment for new midwives as well.

“I would like to see the profession expand so that we can continue to provide options for families in B.C.,” she said.