Provincial health officer Dr. Bonnie Henry delivered a good news COVID-19 update Monday, reporting that after an increase in new cases over the last two months, B.C. has begun to flatten its curve for a second time.

And the return to classes hasn’t brought an increase in cases among school-aged children, Henry said at a COVID-19 briefing.

New modelling from the province shows the number of daily new cases has fallen by 16 per cent in the last two weeks, a shallow but significant decline in the spread of COVID-19.

And the virus reproduction rate — the number of additional infections caused by each new case — has dipped below one, an indication the spread has been curbed even as schools have reopened and restaurants continue to operate.

Henry attributed the changes to her Sept. 8 order that nightclubs and banquet halls close and bars stop late-night service.

“It’s made a difference,” said Henry in a news conference. “This is what will keep us on this low and slow curve over the next number of months.”

Concerns about school reopening also appear to have been mostly quelled by low positivity rates among school-aged children, even as 64 schools report exposure events.

Testing for kids aged five to 12 has increased fourfold and doubled among 13-to-19-year-olds. But only an average seven in 1,000 tests are positive, Henry reported.

And a marginal increase in cases among school-aged children has also flattened, Henry said, and was mostly related to pre-school year exposures.

Increased testing has also helped public health officials paint a larger picture of the virus’s reach in B.C. and where transmission continues.

More than 80 per cent of new cases are from local transmission identified by public health officials, Henry said. A small portion is related to people returning from abroad or temporary foreign workers who arrive and develop illness while quarantining.

And while new cases are reported each day, hospitalization numbers have flattened.

About eight per cent of all cases currently require hospitalization, down from a peak of 20 per cent early in the pandemic. 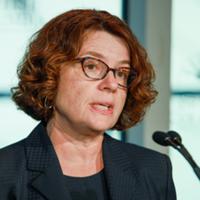 As COVID-19 Cases Spike in BC, School Concerns Mount

This trend is largely due to the disproportionate increase of cases among young people aged 20 to 39 who are less likely to have serious illness. While no one under 40 has died in B.C., a handful of people in their 30s have needed intensive care.

About one-third of those exposures originated from social events. Limiting those risks will be key in the months ahead, Henry said.

“We are flattening our curve, and it’s important for the health of our communities that we continue to do this,” she said.

Henry said it’s the time to double down on limiting close contacts, washing hands and practising physical distancing so schools can operate safely and people can continue having safe environments at work.

“We’re trying to find the balance that will get us through the next months,” she said.