The British Columbia Teachers’ Federation has never officially endorsed a political party. But during a raucous 16 years of fighting with the previous BC Liberal government, you’d be forgiven for assuming the union preferred the New Democratic Party, who supported public education. Two former BC Teachers’ Federation presidents were even elected as NDP MLAs.

But since the NDP, with the support of the BC Green Party, formed government in 2017, they have also clashed with the teachers’ union. It started with a battle over hiring 4,000 new teachers, followed by lengthy and contentious bargaining and then, most recently, arguments over the safety of returning to schools during the COVID-19 pandemic.

What impact can roughly 44,000 disillusioned teachers have on the outcome of the provincial election?

It’s hard to say, said BCTF President Teri Mooring: “Teachers are definitely concerned and disappointed that there hasn’t been a smoother start [of classes], and that the concerns that we’ve brought to the table haven’t been addressed.”

But Charles Ungerleider, former deputy education minister under the NDP in the late 1990s and professor emeritus in the University of British Columbia’s education faculty, does not foresee teachers deserting the NDP in a way that would affect the election results.

“The NDP over the years has been reasonable in its dealings with the teachers’ federation,” he said. “The federation knows who stripped its contract [in 2001], and certainly I don’t think would find the Liberals more favourable than the NDP.”

Mark Thompson, professor emeritus at UBC’s Sauder School of Business, agrees it’s unlikely the union will tip the scales. Even voting for the Greens instead of the New Democrats could help bring the Liberals to power, depending on the riding, he said. That’s not something most teachers want, he added.

As a former arbitrator involved in resolving the union’s disputes with employers, Thompson notes that teachers are not a political monolith.

“They kind of run the gamut. They’re independently minded, middle-class people,” Thompson said. “[The union] accepted the fact that some teachers would support the right-wing party, and occasionally run for it.”

Both Ungerleider and Thompson pointed to the 60-year battle the BC Teachers’ Federation has engaged in with various governments of the day.

“I don’t think it’s a troubling issue for people to have differences of opinion about important public policy issues,” said Ungerleider.

But while the teachers clashed with the NDP governments in the 1970s and 1990s, their battles were not as legendary as the ones the union fought against the Social Credit Party and its successor, the BC Liberals.

In 2001, the Liberals stripped teacher contracts of class size and composition limits, as well as the ratios of specialty teachers to students. That resulted in thousands of job losses for teachers.

In 2016, the Supreme Court of Canada ruled the move was unconstitutional and ordered the contract language reinstated, leaving the NDP government taking office in 2017 with a steep bill for hiring back thousands of teachers.

That September, the government announced $521 million in new education funding over three years for hiring more teachers, on top of the $50 million the previous Liberal government had pledged for more classroom spaces. The union was pleased.

But while the province did hire an additional 3,500 teachers from September to December 2017, the union maintained that the province was still at least 300 teachers short.

The drive to hire more teachers drained the teacher-on-call pool, so specialty teachers like English language learner and special needs teachers were pulled away from their students to cover other teachers’ absence. In some cases, uncertified teachers were hired under what’s known as a “letter of permission” to fill in the gaps.

The teachers’ union filed a grievance with the Labour Relations Board in 2018 over the Chilliwack school district’s failure to hire enough teachers and won. The union said it was not the only district failing to hire.

The NDP government has maintained the shortage is solved, but Mooring said the province still needs over 1,000 more teachers and teachers on call. Letters of permission continue to be used in central and northern districts to hire uncertified teachers, she said.

“It used to be someone with a degree, who just didn’t have their teaching credentials,” said Mooring, adding this does not include First Nations Elders hired to teach language or cultural practices, which the union supports.

The teachers’ union says it was caught off-guard by contract negotiations with the NDP, specifically over what they saw as demands for concessions on the class size and composition language the Supreme Court had restored to their contracts in 2016.

The teachers, who said B.C. salaries were below most provinces, also wanted more than the annual two-per-cent salary increases over three years that the government offered to all public sector unions.

Their positions led to a stalemate at the bargaining table, the hiring of a mediator, and a year and a half of bargaining before a deal could be reached.

“It was not an easy bargain,” Mooring said. “We did anticipate it being different than it was.” She noted the BC Public School Employers’ Association, which negotiates for the NDP government, had almost the exact same bargaining team as it did under the BC Liberals.

But while the BC Teachers’ Federation’s bargaining team changes during every round of bargaining, a mix of executive committee and appointed members, some members, like former BCTF president Jim Iker, have been involved in several rounds of provincial bargaining.

Thompson said the fact the union doesn’t hire a professional lead negotiator, unlike the employers’ association, hasn’t worked out in teachers’ favour. When it comes to bargaining, he added, “teachers tend to think they’re special.”

The NDP’s bargaining mandate of two-per-cent increases annually for three years was not generous, Thompson said, but “the labour movement, to my surprise, accepted it.”

“But the teachers’ said, ‘Oh no, we’re not having that: we’re underpaid, we have trouble recruiting, we want a separate deal for ourselves,’ and that was just never going to happen,” he said.

“‘We know you have a budget, but we’re the teachers.’ That certainly didn’t endear them to the New Democrats.”

The union and the government managed to come to a tentative contract agreement in March, 10 days after a provincial state of emergency was declared over the ongoing COVID-19 pandemic and in-class instruction was suspended for three months.

Relations between the union and the government vastly improved during this period, as teachers, administrators, school boards and the Education Ministry worked together to deliver education to all students remotely.

“There was really close collaboration, because we were doing a lot of problem solving across 60 districts through the various stages and expectations,” Mooring said. The union developed work-from-home agreements with the employer, and health and safety guidelines for remote and in-class learning, which restarted in June.

The union was also involved in planning over the summer for what classes would look like in the fall, with 25 teachers taking part in various working groups, as well as BCTF presence on the overall steering committee. The consensus seemed to be that the best plan would be a gradual return to classes, with elementary students returning in September and secondary students being phased back into classrooms.

But at the end of July, when the province announced its back to school plans, Mooring said the union was caught off guard by the full return to classes the government wanted just after Labour Day, with no online option.

“It came as a surprise to us and the teachers in the working groups,” said Mooring. The union only learned about the planned “learning cohorts” — up to 60 students in elementary and 120 in secondary interacting together — the day before the public found out.

The government later changed the date of return to classes, delaying it until Sept. 10. It also changed its stance on online learning, leaving it up to districts to decide on offering remote education options.

But many of the rules enforced outside of schools on physical distancing, limiting the number of people per room and frequent handwashing, are not enforced or even required in schools. 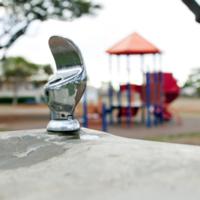 Are Schools Safe to Return? As a BC Teacher, I’m Not Sure

The union continues to participate in the steering committee and working groups but said there is no oversight committee addressing problems that arise as the inevitable COVID-19 transmission occurs and students lose out on support as teachers and education assistants call in sick.

The union recently filed another grievance with the Labour Relations Board about the return to classes during the pandemic. And a teacher in West Vancouver has filed a complaint with WorkSafeBC after contracting COVID-19 from a student.

Ungerleider sympathizes with everyone concerned about the returns to school, noting it is not an ideal situation for parents, students, administrators or teachers. But it’s not unique to B.C. either.

“Nobody wants to put anyone at risk,” he said, referring to individuals and the government as a whole. “In retrospect it may be that a government here or there, depending on where you are, might have done better. We won’t know that until we look at this historically, but I doubt that will be the case.”