Since spring break ended last month, many parents have been scrambling to find ways to ensure “continuity of learning” and keep their kids on top of the provincial curriculum using online resources like the education ministry’s openschool website.

But since March, the site, which documents the joys and struggles of “unschooling” her own two kids, has seen an unprecedented level of visitors and van Lidth de Jeude has fielded a year’s worth of calls from parents and educators seeking “unschooling” help during the pandemic.

“This isn’t something I advertise, or that people expect of me,” she said of the calls. “But people are suddenly looking for alternatives right now, and I guess needing some personal support.”

Unlike home schooling, where parents often follow the provincial curriculum, unschooling is based on the idea that children learn best when they follow their passions and interests, instead of a teacher’s lesson plan. Learning can happen anywhere, at any time, supporters say.

“The thing that unschooling gives is a reassurance that ‘I don’t have to do this, and it will be OK,’” van Lidth de Jeude said.

Parents faced with the challenge of educating their own kids are seeking out unschooling proponents like van Lidth de Jeude. And, she notes, the province is tacitly approving of unschooling right now by automatically pushing students who were on track to graduate ahead to the next grade.

“It gives the freedom back to the children and also the control,” she said. “Everything has changed, even the parents don’t know what’s going on.”

The idea that parents shouldn’t try to replicate school in their homes during the pandemic has been backed by educators across Canada, with several news outlets running articles encouraging parents to take a different approach.

They advise families to take walks, read and bake with their children. All are potential learning experiences and — if a child chooses to do the activity — perfect for unschooling.

Carlo Ricci, an education professor at the Schulich School of Education at Nipissing University in North Bay, Ont., has studied unschooling for 20 years.

Education in mainstream schools is delivered on a strict timeline that’s arbitrary, he says. We have our whole lives to learn about any subject we want to and don’t need to limit ourselves to learning a set number of specified subjects during designated school hours.

“Parents should not be too concerned about their children being home at this point, because they’re learning about all kinds of different things,” Ricci said, adding even TV and video games are educational. “There’s nothing to panic about.”

Like their home-schooled peers, unschooled children often transition in and out of the mainstream school system, he said, without being behind academically.

“You just catch up. It’s like you never left, very quickly.”

Learning based on passion

Unschooling as a learning philosophy was popularized by American writer and educator John Holt in the mid-20th century. A former school teacher, Holt believed children’s creativity and intelligence was stifled by the expected learning objectives, regimented schedules and arbitrary rules of the mainstream education system.

Instead, Holt advocated for allowing students to self-direct their own learning based on their passions and interests.

For example, van Lidth de Jeude’s eldest child, who is currently taking online courses at Vancouver Community College, had a fascination with physics from an early age, mastering university-level lessons. Yet he hated math, much to his mother’s chagrin.

“But then he designed a spaceship and decided he needed to calculate how fast the outer ring needed to turn so the people inside could experience gravity,” she recalled of her then-nine-year-old son.

“He went online himself and researched how to do whatever calculations there were, and he did them. This is a kid who couldn’t do long division. But when it mattered to him, he could go and access the information he needed to figure that out.”

Self-directed learning, also referred to as “personalized learning,” is a core tenet of the current B.C. Kindergarten to Grade 12 curriculum.

But Holt and other devotees of unschooling believe learning doesn’t require a classroom and a teacher, and that just living provides you with an education.

van Lidth de Jeude notes that unschooling is not for everyone.

Vancouver unschooler carla bergman, who chooses to spell her name in all lowercase letters, is not keen on suggesting families unschool right now.

For bergman, whose eldest child attends post-secondary and youngest child is unschooling, unschooling was also about trusting her kids to be involved in and give back to their community. But because the ongoing pandemic has most people staying inside and self-isolating, that isn’t possible. 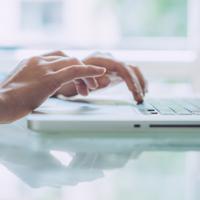 Ten Tips from an Online Educator

“To me, this is the opposite of what an unschooling life looks like,” she said, adding a major crisis is not the time to try a new form of education.

“I think it’s a misconception of what unschooling is; people are way too stressed out. I think people should just figure out what they need to get through day to day.”

bergman does suggest parents implement one unschooling principle into their current lives: “Lean into trusting their kids a bit — and themselves — during this tremendously difficult time, to do what they need to do to thrive and feel better each day, and to follow their curiosity.”

For bergman’s eldest child, who is currently working on his master’s degree and has been accepted into a PhD program, that means doing a deep dive into complex philosophy texts.

But her youngest is playing a lot of Animal Crossing on his phone.

“That’s the exact thing he should be doing right now,” said bergman.

If you have kids at home, what are you learning about learning during the pandemic? Share a comment below.