The postmortem of national elections usually comes after voting day.

But the first reading of the entrails of Election 2019 is already in — at least on the mother of all issues, climate change. It was performed by a pair of public policy soul whisperers, David Suzuki and Stephen Lewis.

Exactly this whistling past the graveyard may have turned the Green Wave into the Green Ripple. People and their leaders are simply not seized of the urgency of mankind’s predicament, and the fuse is burning down to the bundle of dynamite.

Here is how David Suzuki put it to me:

“It’s clear the media still act as if climate is an issue subservient to the economy. When the Green Agenda was released, the first question was how she [Elizabeth May] will pay for it? It’s a crisis for Christ’s sake, like Japan attacking Pearl Harbour! You have to win regardless of cost, but I am sure the savings will be huge, the opportunities immense. But the fossil fuel industry will have to be shut down.”

That’s the kind of statement that has them swallowing their Timbits whole in Calgary and hating David Suzuki. The Cassandra business is a tough gig, as the scientist doesn’t need to be told. If you want to see how many enemies you can make, try to change something — let alone society’s entire energy base.

For decades, the geneticist and TV star has been trying to persuade governments that it’s past time to wean the world away from fossil fuels. With the Intergovernmental Panel on Climate Change at the UN now giving humanity just a dozen years to get it right, Suzuki’s mission has taken on a new urgency.

So Suzuki decided to mount up like Don Quixote and take one last tilt at what a lot of people still see as a windmill — the world’s lacklustre response to global warming. Never mind that Suzuki is 83 and well into what he calls the “death zone” in his public speeches. There is a planet to save, and what better time to get your message out than in the middle of a federal election?

Suzuki’s brainchild was called the Climate First Tour, an election-based sojourn aiming to convince people that they had to get their politicians to wake up. No issue even remotely compares in importance to climate change. But Suzuki needed a sidekick on his odyssey of persuasion, and he knew exactly who to ask; the venerable Stephen Lewis.

Suzuki simply loves Lewis, a champion of fighting AIDS in Africa and all-round prodigy of humanitarianism. But he also knew that Lewis was 81 and in poor health. Suzuki being Suzuki, he asked anyway. Lewis being Lewis, he agreed.

Though Lewis is mostly known for his political, diplomatic and humanitarian career, he is no slouch on the climate file. Back in 1988, prime minister Brian Mulroney asked him to chair what was up to then the largest gathering in Canada of climatologists, economists, and activists looking into environmental issues.

Mulroney opened the conference, and was followed by then prime minister of Norway, Gro Harlem Brundtland. Then the star of the show wowed them all, James Hansen.

The director of NASA’s Goddard Institute had just testified to Congress that year that there was a “99 per cent certainty” that burning fossil fuels was causing global warming. He brought the same message to Canada.

Hansen must have been persuasive. The press release at the end of the three-day conference stated that humans were conducting an uncontrolled experiment on the planet that represented a threat to human survival second only to all-out nuclear war. It also called for a 20-per-cent reduction in greenhouse gases within 15 years in 2003.

“Why didn’t we act on it?” Suzuki asked me before supplying the answer.

“Didn’t make political sense for Mulroney to take a shit-kicking for the billions that had to be spent immediately, only to have someone else proclaim the savings 15 years later when Mulroney was no longer in office. And of course, the fossil fuel industry had known and proclaimed burning fossil fuels was causing global warming in the 1960s, but chose to hire folks from the tobacco campaign to say no, evidence wasn’t in, it was a natural cycle, scientists lie, etc.”

And so two of Canada’s iconic octogenarians hit the road with their message, visiting five Canadian cities — Vancouver, Winnipeg, Toronto, Montreal and Halifax. Their mission was to scare the pants off anything that had pants on the subject of climate change.

They talked of the coming age of droughts, floods, soaring temperatures and wildfires, all premised on global warming.

They warned of massive immigration problems as more and more coastal areas become uninhabitable because of rising sea-levels.

They spoke of Jakarta in Indonesia, a city of 30 million people, which is literally sinking.

And they tried to reinforce their five-alarm warning that we’re all running out of time, saying that if the best our politicians can do is argue about carbon taxes and pipelines, we will all end up like the citizens of Pompeii after Mount Vesuvius blew. Buried metres under the ashes of our ignorance.

Suzuki and Lewis put it this way in a joint quote:

“The best scientists in the world are telling us we have just a few years to dramatically cut emissions to avoid the most frightening aspects of climate change. Our message to Canadians and political parties is clear: We must work together to put the climate first in this critical election.”

After all the bad coffee, airport ennui, and media neglect any world-beating octogenarian could endure, the political stage looked depressingly familiar:

Justin Trudeau talking about his carbon tax as if he had never bought a pipeline; Andrew Scheer in contention to win the most seats, even though to him climate change means a trip to Florida; and the only two candidates with policies that reflect the urgency of the IPCC numbers, NDP Leader Jagmeet Singh and Green party Leader Elizabeth May, given no chance to win by the pollsters.

The two warhorses exchanged letters after the dust of their tour settled. Suzuki holed up at his cabin in B.C. with his two daughters and their families. He went fishing but there were no salmon. So they dropped their prawn traps into the water hoping for a shrimp feast. As for the tour and its effect on the election, Suzuki was disappointed and said so in a letter to Lewis:

“Greta [Thunberg] and the huge marches in Montreal, Vancouver and around the world should have been a turning point for governments everywhere. Yet the media act as if it’s all stale news. Hell, I don’t think that any of the media even bothered to cover our events to report what we had said. I am stunned at the vicious attacks on Greta.”

While his friend retreated to his cabin after their tour, Stephen Lewis “boycotted” his computer so that he and his wife Michele could take one of their grandsons to the Stratford Festival over the long weekend. Like Suzuki, Lewis had a faint sense of letdown, acknowledging that “the media paid little attention to the events themselves.”

But he was thrilled by the chance to work with Suzuki and proud of the light they had shone on climate change. 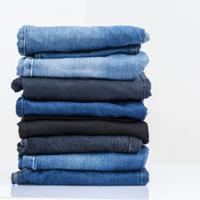 “We did our best, and I have no doubt that we contributed to the accelerating public awareness. It’s no small miracle that climate change continues to be at the top of voter priorities. We will actually elect a number of genuine climate champions on Monday: the Canadian earth will shake, (all right, at least it will shiver).”

Suzuki had hoped that the Climate First Tour would be the end of his exertions on behalf of the planet. In reality, he and Lewis are already talking about their next collaboration — taking over Ottawa.

“The other approach I would like to see is continued strikes (another big one is planned for November) and work towards an actual takeover of the Parliamentary buildings by youth. They could then conduct Parliament based on priorities for future generations and make decisions and pass laws to mandate reductions, etc. Of course, it would all be for show,” Suzuki said, “but I think it would be stunning if they forced their way in and acted as if they had the power.”

What else would you expect from a force of nature posing as an octogenarian cruising the shady boulevards of the Death Zone?