Canada has the longest coastline in the world, yet it has long been a lax outlier in fisheries management. But with an overhaul of the federal Fisheries Act now complete, the sense among advocates and fisheries experts is that the tide is about to turn.

The passage of Bill C-68 on June 21 means that for the first time since the Fisheries Act was enacted in 1868, Fisheries and Oceans Canada is required to manage fish stocks sustainably and put rebuilding plans in place for those that are depleted.

Josh Laughren, executive director of the non-profit advocacy organization Oceana Canada, says that in 20 years we may look back and see the new criteria around sustainable management and rebuilding stocks as a transformational change.

Jonathan Wilkinson, minister of Fisheries, Oceans and the Canadian Coast Guard, said the federal government has already committed $107 million to support the work.

“We’ve put our money where our mouth is,” he says. “It raises the bar in making sure that decision-making is based on science and evidence.”

Laughren says if this act had been in place and implemented in the 1980s Canada could have avoided the collapse of the northern cod fishery in the early 1990s. “The history of Atlantic Canada would be different.”

Instead, cod stocks were depleted, triggering a moratorium on fishing in 1992. The federal government still has no recovery plan in place for the species.

The new act also restores protections for fish habitats that were gutted in 2012 by the previous Conservative government, increases requirements for monitoring and reporting, requires Indigenous knowledge to be incorporated into decisions and mandates a review of the act every five years.

Wilkinson says Canada is now “at the forefront” in addressing the challenges facing global fisheries.

Laughren, however, says it’s more that Canada is now in the conversation.

Until now, for example, Canada’s fisheries minister had full discretion to authorize fishing without limits. There were no provisions in the act to prevent overfishing or mandate actions to protect troubled stocks. It was a unique power in fisheries management and conservation.

Most of these jurisdictions have also had requirements to prevent overfishing. New Zealand’s Fisheries Act and the European Union’s Common Fisheries Policy go even further, imposing binding requirements to rebuild depleted stocks and base decisions on the best available science.

While Canada had policies on evidence-based decision-making and sustainable fisheries, they were not enshrined in law.

“We now have [legislation] that says the purpose of fisheries management is to keep stocks healthy and return them there if they’re not healthy,” Laughren says.

However, the U.S. is still ahead in terms of the government’s legal obligations, he says. The Magnuson-Stevens Act mandates annual reports to Congress about which stocks are overfished, how to determine if stocks are close to being overfished, and how overfishing will affect stocks.

“Then they have to outline what they will do about it,” Laughren says, noting that management plans must include clear targets and timelines, and a failure to meet them often lands the government in court.

Like Laughren, Susanna Fuller, a marine biologist and senior project planner with Canadian non-profit Oceans North, thinks the new act is something to celebrate.

But they’re both looking to the act’s regulations, which are still to come, to provide prescriptive timelines, targets and directions — details that are rolled into the law itself south of the border. 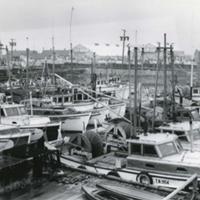 Reflections on a Lifelong Love Affair with Salmon, and a Broken Heart

“In Canada, our regulations actually do mean a lot,” Fuller says. “I think that whether or not we’re in line with other countries is going to be very much in the implementation of the act. We’ll find that out over the next while as regulations roll out.”

While Canada now has legislation that is on par with other fishing nations, and is unique in that the act’s habitat protection provisions apply to all fish and habitats covering all aquatic ecosystems, Fuller says no country is really managing fisheries sustainably, none has met global targets on rebuilding stocks and none is employing an ecosystem-based approach to management.

Fuller says that the law now enables Canada to possibly meet some of its international commitments around sustainable fisheries management, but adds that whether the planet gets real fisheries management and biodiversity protection in the face of climate change is another question entirely.

“Quite frankly, no one is making the really hard decisions.”