It’s a slow Wednesday morning at the Vancouver South Transfer Station near the Fraser River. Snow has blanketed the city and green bin pickups have been halted while crews are diverted to snow removal and salting.

But trucks are still arriving, dumping their loads on the floor for inspection or directly into the giant pit in the middle of the hangar. A single bulldozer roars inside the building as it climbs over the piles of garbage, pushing waste along an incline till it cascades into a waiting 53-foot-long container.

The entire city’s waste — about 3,000 tonnes a week — is brought here to be compacted before being shipped to the landfill, said Brennan Sharma, superintendent of transfer and landfill operations and engineering services at the transfer station.

In early February, Vancity credit union released a report congratulating British Columbia for producing the second least waste per capita in Canada, just behind Nova Scotia. According to State of Waste: How B.C. Compares in the War on Trash, Vancouverites produce 318 kilograms of waste per single-family residence per year, one of the lowest amounts in Metro Vancouver.

That’s even better than the number first published in the report, said Albert Shamess, director of zero waste and resource recovery for Vancouver. Originally the report said Vancouver residents produced 426 kilograms of waste per household, but Shamess noticed an error in calculation right away. This city’s waste is, after all, his business.

But despite Vancouver’s shiny standing, it looks like it will miss one of the goals of the Greenest City Action Plan. The plan called for the amount of solid waste sent to the landfill and incinerator to be cut by 50 per cent from 2008 levels by 2020.

“The 50-per-cent target was set based on things that were happening at the time, and the whole structure of how we deal with waste has since changed,” Shamess said. “In 2010 there was the impression we could recycle our way out of the problem. If you’re looking for an area where the lights have gone on for people, it’s realizing that recycling can’t be the only answer. It can’t be just about recycling and composting and recovery of materials. It has to be focused on… reduction, too.”

The 2020 Action Plan set aggressive goals, but the hope at the time was aggressive goals could make aggressive change, said Mike Harcourt, former B.C. premier and mayor of Vancouver, in a phone interview. Harcourt was part of the Greenest City Action Team in 2009, which helped develop the 10-year goals with then Vancouver mayor Gregor Robertson. “[These 10 years were] like the scientific method, trial and error. So where did we error and what can we do to regroup and do it again better?” Harcourt said.

The most important factor in dramatic social shift is often desperation, like when Sweden’s access to oil was cut off in the 1970s OPEC crisis, he said. That pushed Sweden to turn its waste into fuel using incinerators, and now, by 2030, the country is slated to be entirely energy self-sufficient, said Harcourt.

“They did it because they had to. [When it comes to waste reduction in Vancouver,] we don’t have to — we should — but we don’t have to... We’re not desperate enough to have to do something,” he said.

That is not to say Vancouver has been slacking in its efforts.

Shamess said residents participated in the city’s waste reduction efforts at amazing levels, and Vancouverites have changed their attitudes to waste diversion. The ban on throwing out organics, such as food scraps or paper, and the landfill ban on dumping clean wood helped divert 60,000 tonnes of material in 2015 alone when the programs were first launched, according to the Vancity report.

But residential waste is just under half the total produced in Canada, with the industrial, commercial and institutional and demolition, land-clearing and construction sectors contributing the rest, according to the report.

And there’s only so much a single municipality has control over, said Shamess.

“We’re trying to focus on what we can do with construction and demolition waste within the city, that would go a long ways to getting us to that 50 per cent goal... But how do we move forward in those areas? That’s where it really comes into provincial regulatory requirements. Maybe they’ll mandate Recycle BC to do more in the commercial side instead of just the residential area.”

Initiatives like the clean wood ban and the Green Demolition Bylaw — where a certain amount of waste from houses being torn down must be recycled or salvaged — have helped, but the ultimate shift must come from society moving from a linear consumption practice to a circular one, said Shamess.

Instead of extracting, manufacturing, using and disposing of materials, we instead need to recycle and recover materials at every stage.

Enter the Vancouver Zero Waste Centre, revamped in early 2018 to accept and recycle even more materials. Household items like bikes, books, used propane tanks, cooking oil, electronics, large appliances and more can be dropped off for free. The list of materials that can be recycled is ever expanding: chip bags, colourful Styrofoam, mesh avocado sacks and grocery bags are now recyclable. Residents can use the Waste Wizard search engine on the city’s recycling website to find where they can properly recycle items.

Certain materials, like mattresses, can be recycled, but must be dumped at the transfer station for a $15 fee first, said Sharma.

You’d be surprised what people get rid of, said Ron Campbell, who works at the centre. As an avid photographer his jaw dropped to see a woman dump a functioning $6,000 lens in the electronics recycling bin a few weeks ago.

“She was just fed up with it and didn’t want to deal with it anymore!” he laughed. The centre has a zero-tolerance policy that forbids employees from taking items home, but occasionally certain items are held aside to be admired for a short while. An antique radio and a metal pig — to celebrate the Lunar New Year — rest on a surface near the electronics bin.

Items brought to the Zero Waste Centre are repaired and donated, or recycled for their materials, said Shamess. 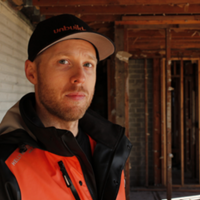 Back at the transfer station Shamess is optimistic when he talks about Vancouver’s new goal of producing Zero Waste by 2040.

New initiatives like the Single-Use Item Reduction Strategy will help shift consumer perspectives and behavioural change for residential, industrial and commercial and demolition, land-clearing and construction waste he said.

The 2040 goal is ambitious, but it doesn’t mean that we have to build a society where people no longer throw things away said Shamess — it just means we need to build a way to recover all of those materials.