The voters of Chilliwack have spoken, and the results of the school board election weren’t quite what either side of the debate around sexual orientation and gender identity-affirming materials in schools had anticipated.

Incumbent trustee candidate Dan Coulter received the most votes at 10,500. While on the board in 2017 and during the campaign this fall, Coulter spoke out against the backlash towards the sexual orientation and gender identity materials, otherwise known as SOGI 123.

The SOGI 123 materials, which include grade-appropriate kindergarten to Grade 12 lesson plans, administrative policy templates, and teacher professional development sessions, were developed with input from districts, the University of British Columbia, and the Ministry of Education.

They are not curriculum, but offer one optional way to teach the provincial curriculum that recognizes and affirms the different gender identities and sexual orientations of students.

Coulter’s SOGI 123 position is shared by newcomer trustees Willow Reichelt, a former teacher; Jared Mumford, a two-term executive member of Chilliwack’s District Parent Advisory Council; and David Swankey, co-founder of the Cycle Chilliwack advocacy group. They represent the majority on the seven-person board.

Incumbent trustee Barry Neufeld, who sparked a backlash against SOGI 123 in November 2017 with a Facebook post about his opinions on the sexual orientation and gender identity materials being used in schools, placed second in the race with nearly 9,000 votes.

He was one of three candidates elected to the board who spoke out against SOGI 123 materials, including incumbent trustee Heather Maahs, and new trustee Darrell Furgason, director of Christian education groups Worldview Studies Center and the local chapter of Summit Ministries.

SOGI 123 is not one of Neufeld’s top priorities as a trustee; instead he told The Tyee he is most concerned about education for students with special needs and the academic underperformance of boys in the district. But his first item on the agenda as a returning trustee, he said, would be to meet with the three Gay Straight Alliances in Chilliwack high schools.

“I just want to put them at ease that they have nothing to fear from me,” he said, adding this is the first time he’s extended this invitation to meet to the lesbian, gay, transgender, bisexual, two-spirited, and allied students’ group.

Neufeld denies that he campaigned to remove SOGI 123 materials from schools, but rather that he believes they should be amended and that alternative materials — created with input from parents, psychologists and medical professionals — should be available in Chilliwack schools.

“I certainly have compassion for any kid who is suffering gender dysphoria. I don’t think the solution is telling them that gender is fluid is the answer to their problems,” he said.

But Neufeld added that the creation of these alternative materials would have to be spearheaded by the provincial government. And with four of the seven trustees on the Chilliwack School Board speaking out in favour of the SOGI 123 materials, he doesn’t believe the district will be doing anything to push for an alternative.

Newcomer trustee David Swankey said he’s been spending his days since the election like he did during the campaign: establishing and re-establishing trust with the board’s education partners like the teachers’ union and the District Parent Advisory Council, whose 2017/18 chair clashed with Neufeld over SOGI 123.

Swankey didn’t want to speculate on how he would get along with the three trustees who have not supported SOGI 123. But he added that he previously worked with Maahs when they were both on the city’s transportation committee.

“I’m very hopeful,” he said about the district’s future. “Over the course of this campaign I have seen a lot of desire to see better working relations to demonstrate that we’re a community worth living in and worth working for. We want to embrace that moving forward.”

Earlier this month, former Chilliwack school board chair Paul McManus told the Chilliwack Progress that school trustees who campaigned against the use of SOGI 123 materials in schools would not be allowed in the district’s schools.

Incumbent trustee Maahs called McManus’s claims “nonsense,” noting the ex-trustee has no authority to speak on behalf of schools.

Maahs acknowledged that she has “concerns” about the SOGI 123 materials, but said the community has spoken by voting in four trustees who support them.

“It’s a non-issue. The only thing that I would like to see addressed is to make sure that parental knowledge and consent is considered whenever anything controversial is taught in the classroom,” she said, adding the absence of a ‘no’ from parents should not be considered consent.

“But apart from that, it’s really not part of the mandate anymore,” said Maahs, adding her first priority on the board will be getting the board reoriented and examining student achievement in the district.

Not everyone is convinced the fight is over. Newcomer trustee Reichelt said she anticipates the four trustees in favour of SOGI 123 will be spending a lot of time voting against motions from the other three trustees. 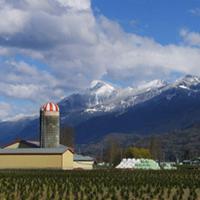 ‘It Just Really Sucks. It Kills Me’: Transgender Families Unnerved by School Board Race

“It can’t go on for four years,” she said. “They’re going to realize that at some point and we’ll have to start talking about the other issues in the district.”

Her first priority as a new trustee, she added, will be arranging long-awaited parent information sessions on SOGI 123.

“[The district] has already created it,” Reichelt said. “They just never took it out to parents. So we just need to make sure they actually do that.”

Elizabeth Beacom, a transgender woman and mom of two school-aged children in the district, anticipates the division between the two sides of the argument will continue with this new board.

“I think the board will continue with what the previous board did in accepting the resource as the ministry put it forward,” she said.

“I don’t suspect that there’s going to be a lot of change, I just don’t know if it’s going to continue to consume the board’s time, or if they’re actually going to start working on the other issues that are facing the district right now.”

The new school board will be sworn in and the board chair chosen on Nov. 6.