According to the B.C. NDP’s records, I’m 90 years old and used to live in Surrey. Both statements are untrue.

The information came in response to a request I made under the province’s Personal Information Protection Act, which gives individuals the right to know what private sector organizations, including political parties, keep on file about them.

I made similar requests to B.C.’s three main parties last May, and reported last week that I’d received a partial response from the BC Liberal Party, but nothing from the governing BC NDP or the BC Green Party, both of which had long since missed meeting the law’s 30-day deadline.

The response from the NDP came after The Tyee published the story. “We apologize for the delay in responding to your initial request,” it said, but added that the party had a particular email address dedicated to privacy related requests. “Your request instead came through our general admin inbox. Due to the high volume of email to that inbox, we unfortunately missed your initial inquiry.”

As for what the party had on file about me, some of it was correct. They knew my full name, preferred language, street address and city, but had an incorrect postal code that is in fact for an area several kilometers away in a different Victoria area constituency.

They knew that I had voted in 2013 on the provincial election day and they provided an Elections BC voter ID number that I later confirmed with Elections BC is correct.

However, they also had “previous contact information” for me in the 18900 block of Sunrise Avenue in Surrey, a city I’ve never lived in.

And for my birth date, the party had Nov. 30, 1927, which is the wrong month, day and year. If correct, it would mean I’d have just celebrated my 90th birthday, a milestone I’m barely halfway to making.

The statement also said the party has the contact information for where I work, which makes sense since I’m a reporter covering provincial politics, but the NDP didn’t reproduce it since it’s not “personal information” under PIPA.

It’s unclear why so much of the data about me is incorrect, and party provincial director Raj Sihota hadn’t responded to my call by publication time.

I wondered if the errors might have something to do with someone signing up fake members, perhaps to vote in a leadership contest, but a contact who does database work tells me the theory is ridiculous. Much more likely that there’s been a data merge problem, where the information for more than one “Andrew MacLeod” has been grouped together incorrectly.

The names and addresses the party has on file are from the voters list that Elections BC provides to all the parties, the NDP’s statement said. “The BC NDP receives other contact information such as phone numbers primarily from three sources: random digit dialing, public directories, or from people themselves in a variety of ways, including online, during door-to-door canvassing, on petitions, etc.”

It uses the information to communicate with voters, seek support and donations, and recruit members, it said. “Generally, the BC NDP uses personal information for electoral purposes.”

The BC Liberals, however, had shared my information outside the party. “Your personal information has been disclosed to NRG Research Group and Campaign Support Ltd. for purposes that might include research, polling, and voter identification. Each of these third parties was and remains subject to the terms of a written confidentiality and non-disclosure agreement with the BC Liberal Party.”

The Tyee reported last week that while the BC Liberals were the only party to respond to my PIPA request within the deadline, they failed to meet the law’s requirement to say with whom they had shared the information.

“We regret the delay in our response to your follow-up question regarding your personal information,” spokesperson Emile Scheffel wrote in an email. “Up to this point, these requests have been extremely rare, and so we have taken some time to clarify our obligations under the Act.”

He said he believed the party has received no more than five such requests in the last five years.

A BC Green spokesperson said the party is reviewing and updating its privacy policy so that it will be clearer to people when they provide information how it might be used. As of publication, however, the party was yet to provide a response to me on my PIPA request. 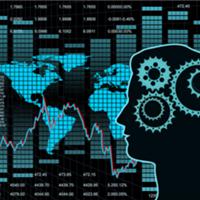 BC’s Parties Mum on What They Know About You

The province’s Office of the Information and Privacy Commissioner launched an investigation in September to find out how the parties are interpreting B.C.’s privacy law and to develop guidelines so they understand what is and isn’t authorized under the Act. It expects to release the report within a couple of months.

If you want to request your own information from the parties, the relevant addresses are:

If they fail to respond within 30 days, or if they tell you something interesting, please let me know. You can find me on Twitter or click through for an email address here.