We like to think we live in an equal society. But we don’t. The average Canadian is working harder than ever and getting less in return: prices are going up while real incomes stay flat or decline.

Yet times have never been better for Canada’s wealthiest. They are getting richer at unprecedented rates. And they want you to know it.

This community is set to grow from 4,110 people in 2016 to 6,170 by 2026, the global wealth consultancy Knight Frank predicts. And the number of Canadian millionaires may rise to more than 500,000 during the same period. “Canada is home to a rapidly increasing population of affluent residents, with growth numbers surpassing that of the United States,” observed the publication Retail Insider.

Real estate industry leaders are paying careful attention to these numbers — particularly those who specialize in retail.

“The income inequality issue is vitally relevant for merchants and for shopping center investors,” according to a report from the business consultancy PwC. Simply put: wealthy people want to purchase expensive stuff. And luxury stores can make huge profits selling it to them. “High-end retail will prosper as the high-end population does well,” said one analyst.

This is true across Canada, and especially in Vancouver. Two thousand millionaires moved to the city in 2015, bringing the population of millionaires here to 31,100.

Many of these wealthy newcomers are eager to flaunt their money.

“Vancouver has become a bit of a status city where people show off wealth,” Craig Patterson, editor-in-chief of Retail Insider, told The Tyee. The city is one of the world’s top sellers of high-end goods. “The biggest challenge right now in Vancouver isn’t finding a luxury brand to go into the store, it’s finding the real estate for the store to go into,” he said.

The ultra-wealthy people who frequent those stores “have almost an unlimited amount of money to shop,” Patterson observed. “I’ve been told... these women who are coming in and buying $30,000 bags would be like me buying a $30 bag.”

Patterson is a veteran observer of Canada’s retail sector. Over the past few years he’s witnessed a dramatic polarization in it that seems to reflect larger social trends. High-end and low-end stores are doing better than ever, and middle-income stores are collapsing. “The ‘high-low’ is what my consulting group has called it,” Patterson said.

Other industry observers refer to this phenomenon as the “barbell,” with retailers focusing on the top and bottom marker segments. PwC explained businesses are finding “success in ‘value’ retailing and in the luxury segment, while stores catering to the middle of the income distribution struggle year after year.”

This polarization is clearly visible in shopping centers across the country. “[It] has been a contributor to the closure of literally hundreds of mid-priced stores,” Retail Insider reported in 2015 — including Mexx, Petcetera, Esprit and Target Canada. This year’s retail casualties include Tip Top Tailors, HMV Canada, Shoes.com and Jean Machine. “Since the beginning of January,” Retail Insider wrote recently, “several retailers have either announced they were exiting Canada, have sought bankruptcy protection, or expressed the possibility that they could close their Canadian stores.”

This trend is mirrored in the highest — and most expensive — end of Canadian retail. Stores that are beyond the financial reach of many Canadians, including Prada, Dior, Saks Fifth Avenue and Nordstrom, have expanded in recent years. “Luxury brands continue to remain very interested in both Toronto and Vancouver,” Retail Insider wrote.

It’s hard not to see what’s happening in Canadian retail as part of a bigger story about inequality. Between 1982 and 2010, most people in Canada experienced very small income increases.

“The steep rise in earnings of Canadians at the very top of the income distribution has far outpaced that of other income earners,” noted a 2016 report on inequality by 27 leading economists and experts. Income growth, it read, has been “strikingly uneven.”

Variations of this story are playing out in many developed countries. And while there is no clear consensus on the reasons, people who study the issue have generally concluded that automation and globalization have concentrated more wealth in fewer hands. In Canada, the report notes, “those working in the financial and business services sectors have been driving the growth in top incomes.”

Numbers released by Stats Canada last year showed average Canadian incomes grew by only 0.1 per cent last year. “If it seems life keeps getting more and more expensive and the only thing not increasing is your paycheque, you’re not the only one — incomes in Canada are largely stagnant,” reported Global News.

The ranks of Canada’s richest, meanwhile, are growing faster than ever. The number of ultra-wealthy people living in the country rose 15 per cent between 2015 and 2016. 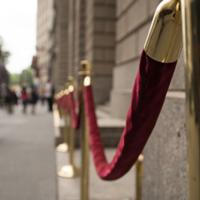 Why Real Estate Developers Are Ignoring the Middle Class

This income divide is restructuring our economy. Citigroup was among the first financial institutions to track the consequences. In 2005, it argued the U.S., U.K. and Canada had become plutonomies where “there are rich consumers, few in number, but disproportionate in the gigantic slice of income and consumption they take.” Then, it said, “there are the rest, the ‘non-rich,’ the multitudinous many, but only accounting for surprisingly small bites of the national pie.”

Citigroup told investors to focus on businesses catering to rich people — especially those in luxury goods. “These toys for the wealthy have pricing power, and staying power. They are Giffen goods, more desirable and demanded the more expensive they are,” it wrote.

Businesses that take that lesson to heart can earn big profits. Patterson recently authored a study of Canadian shopping malls that showed how lucrative it can be to focus on a small group of wealthy customers rather than larger numbers of average earners. More than 30 per cent of the sales revenue earned by the Yorkdale Shopping Centre in Toronto, for instance, comes from only about two dozen luxury stores. The mall in total has 240 stores.

Other shopping centres across Canada seem to be taking notice. “Landlords can see that when they go luxury their sales are higher,” Patterson said.

Income inequality isn’t the only reason luxury stores have surged. Vancouver and Toronto both have high levels of tourism. More wealthy people from overseas are moving to them. And we live in a society that increasingly values luxury goods as symbols of social status. “It’s a combination of many different factors,” he said.

But the impacts in Vancouver are plain to see. Back in 2009, Alberni Street was a quiet downtown thoroughfare home to a Dollar Tree and a 7-Eleven. Just eight years later it’s one of the world’s premier luxury retail destinations. Since 2013 alone, Versace, De Beers, Tory Burch, Prada, Strellson and several other high-end brands have opened in the area. “Vancouver is a bit of a superstar in terms of luxury retail,” Patterson concludes. “I don’t see anything other than growth in the luxury sector.”

But for middle-income retailers the news keeps getting worse. Sears Canada, which was once among the country’s largest retail outlets, is losing hundreds of millions of dollars, laying off staff and shutting down stores. “It’s turbulent times for Sears,” said one retail consultant.

He may as well have been referring to Canada’s middle class.