“From this day forward it’s going to be only America first, America first,” U.S. President Donald Trump said in his inaugural speech. The audience cheered while others recalled “America First” as the slogan of U.S. citizens who would have preferred a Nazi takeover of Europe to a war against Hitler.

But I suspect that Pankraj Mishra heard it as admission of American defeat and retreat — a confession that the rest of the world is now just too much for the greatest superpower in history.

Mishra’s book From the Ruins of Empire is a readable and insightful account of the rise of the West from Asian points of view. He shows us how virtually every Asian civilization responded at some point with the local equivalent of Trump’s “America first.” And failed.

The triumph of the West has dominated world history since the Spanish conquered the Americas and the Portuguese crashed into the Indian Ocean’s trade network with all cannons blazing. Europeans built new empires on the ruins of old empires and ruled them for centuries.

No one was more impressed with Western success than the West itself. Europe (and then the United States) seemed destined by innate superiority to rule the world. Even after two world wars shattered their empires, it seemed normal to some that France would deserve to rule Indochina and much of Africa, that the Dutch should fight to regain Indonesia, and that Britain should dominate Kenya and Hong Kong, if not India. Their retreats were bitter and violent.

A worldview filtered through Western narcissism

Countless historians have described and analyzed the rise and fall of those empires from Western points of view. They tend to be accounts of imperial competition among European nations: Spain declines and Britain rises, while latecomers like Germany and Italy seize scraps of Africa just to get some respect. What the people of the conquered nations and empires thought was always filtered through Western narcissism.

What we Westerners don’t understand, therefore, is that Asians, equally self-absorbed, were deeply shaken by the arrival of Europe’s hairy barbarians and their irresistible firepower. Civilizations that had ruled for centuries suddenly had to re-examine themselves and their intellectual foundations. How could they resist these relentless invaders and still remain themselves?

In the 17th century, Japan chose an extreme Japan First policy. Rather than admit Europeans, they shut themselves off. A handful of Dutch traders were allowed to stay on an island in Nagasaki harbour, while the Tokugawa shoguns exterminated Christian converts as subversives. The approach lasted for more than two centuries.

Then Commodore Matthew Perry of the U.S. Navy sailed into Tokyo Bay in 1853 with his big steam-powered battleships and forced the Tokugawa to open the country to foreign trade. Japan’s rulers made a decisive U-turn, sending its best students overseas to master Western technology. At the same time, it maintained a veneer of Japan First in a cult based on the emperor and the adoption of Shinto as the state religion.

Though Mishra doesn’t mention it, the Japanese benefited from the advice of Ulysses S. Grant. The former Union general and ex-president visited Japan after he left office and advised its elite not to borrow from the West. They listened and funded their industrial revolution domestically.

Their strategy was entirely too successful. Mishra begins his book with the Battle of Tsushima Strait in 1905, when the Japanese navy sank a Russian fleet that had sailed halfway around the world to engage it. That got the West’s attention (and the East’s) because a non-white Asian nation had beaten a white Western nation at its own game.

The West instantly saw Asia threatening their empires. From North Africa to China, however, the locals saw a possible escape from their oppressors. Like modern educators going to Finland, Asian and Islamic intellectuals made their way to Japan to learn its secrets.

Others were not as wise as the Japanese. The Ottoman sultans in Istanbul borrowed heavily from Western banks, ostensibly to modernize, and the first thing they modernized was their internal policing system. This set a pattern for Asian governments: repress their own people, run into debt, and then pay the bills by handing over key functions like tax collection and railways to foreign experts.

The Muslim world in general suffered this fate. It was a kind of slow-motion copy of the Mongol sack of Baghdad in the 13th century, which triggered the rise of Muslim fundamentalism leading to Al-Qaeda, the Islamic State and the House of Saud.

A Muslim way to reject the West?

But Mishra introduces us to Jamal Al-Din Al-Afghani, who looked for other ways to save Islam. Despite his name, he was actually a Persian. Born in 1838, Al-Afghani spent a long life trying to find a way for Islam to reject the West. Far from being a fundamentalist Muslim, he explored various ways to westernize the Muslim world.

At one point, he thought the key was a top-down reformation of the Ottoman Empire, inspired by a return to Islam. That idea got nowhere, and late in his life Al-Afghani realized reform would have to come from the masses, not the masters. He greatly influenced later thinkers like Hassan al-Banna, founder of the Muslim Brotherhood, and Sayyid Qutb. They inspired the rejection of secularism in favour of a society governed by sharia law — in effect, Islam First.

That became the ideology of groups like the Taliban, Al-Qaeda, and the Islamic State — organizations that would likely have horrified Al-Afghani.

Similarly, 19th-century Chinese thinkers like Liang Qichao tried to find a Confucian way to save China from Western dealers in opium. Nothing seemed to work except more borrowing from the West — not just military technology, but also the strange concept of nationalism as well. Asia’s empires had never bothered with ethnic groups or religious believers as long as they paid their taxes and didn’t annoy the emperor. Now a focus on nationality seemed the key to success.

But what defines success? The Muslim nations have tried secularism with mixed results. After the First World War, Kemal Atatürk dissolved the sultanate and forced Turkey into Westernizing. Now it’s edging back into Islamic authoritarianism under President Recep Tayyip Erdogan. Other Muslim nations with secular governments like Libya, Iraq, Syria and Afghanistan are fighting for their lives after Western interventions. Or they simply resort to dictatorship, like Egypt. Iran’s secularism under the Shah collapsed into a theocratic version of Iran First. 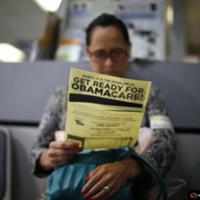 Pakistan has never recovered from its violent separation from India; it’s a failed state with nuclear weapons and persistent polio.

India keeps flirting with Hindus First. Its richest citizens are supported by an economy that has caused the suicides of almost 300,000 farmers in the past 20 years. Large parts of the country are run by Maoist rebels, supported by other struggling farmers.

Similarly, China’s nationalists and communists both adopted versions of Western ideology. The nationalists still cling to Taiwan as a capitalist state. But Mao moved from Marxism-Leninism to “socialism with Chinese characteristics” to China First. Then Deng Xiaoping turned the country into the world’s sweatshop, an offer the West couldn’t refuse. His successors are trying to keep the lid on their lampoon of capitalism so it won’t explode. 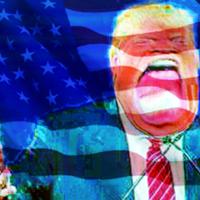 Now the United States, which triggered Asia’s revolutions by streaming into Tokyo Bay, seems to have lost its taste for global empire. Trump wants a wall against Mexico like that built by China’s emperors. President of a nation built by immigrants, he wants fewer of them. America’s client states in Asia, Europe, and Latin America must feel they’ve been cut adrift while China patiently waits with more deals too good for them to refuse.

Mishra offers no solutions. Asia couldn’t find an answer to Western empires whose only question was: How can you enrich us? The heir of those empires was the United States, and now even America has no answer beyond “Make America great again.”

Russia and China have already taken America’s measure. Watching Trump in his first days in office, the rest of the world must be studying the odds on which will be the next world superpower.