Human-engineered structures and gadgets from cities to cellphones now represent an enormous mass weight of nearly 30 trillion tonnes on the planet, or vastly more than the world’s forests or life in the oceans.

Scientists call this artificial system created by humans over the centuries “the technosphere,” and they say it is growing and evolving at a rapid rate.

In contrast to the mass of 30 trillion tonnes created by humans to support technological societies, the total live biomass (animals and plants) on Earth equals about 560 billion tonnes of carbon.

The biomass of 7 billion humans, whose energy has created the technosphere over three centuries, is five orders of magnitude smaller than its 30-trillion-tonne artificial life support system, the scientists found.

Professors Jan Zalasiewicz, Mark Williams and Colin Waters from the University of Leicester Department of Geology, along with a team of global contributors, also concluded that the planet’s technosphere is now so extensive that it could cover every square metre of the Earth’s surface with several inches of human detritus weighing an average of 50 kilos, or 110 pounds.

This human-engineered skin would include aluminum, concrete, plastic, fly ash and fallout from nuclear testing across the planet.

SIX RULES OF THE ‘TECHNOSPHERE’

The technosphere is composed “of the structures that humans have constructed to keep them alive, in very large numbers now, on the planet: houses, factories, farms, mines, roads, airports and shipping ports, computer systems, together with its discarded waste,” Zalasiewicz said.

Incredibly, technological flotsam ranging from ballpoint pens to transistors now outnumbers the fossils of creatures that once roamed the earth.

“One of the most remarkable aspects of the technosphere is the diversity and rapid evolution of its technological components; these, the technofossils of the present and future are already attaining a level of diversity and abundance exceeding recognized fossil diversity,” noted the paper.

Mark Williams, a co-author of the paper, explained that, “The technosphere can be said to have budded off the biosphere and arguably is now at least partly parasitic on it. At its current scale the technosphere is a major new phenomenon of this planet — and one that is evolving extraordinarily rapidly.”

Geologists led by Zalasiewicz have dubbed the transformation and domination of the planet by human engineering “the Anthropocene” because it represents such a marked transformation of life in geological terms.

Human engineering to maintain and grow the technosphere has dramatically changed energy and water flows, as well as nitrogen and carbon cycles on the planet.

Unlike the biosphere, which recycles all things, the technosphere is highly adept at producing waste streams that cannot be recycled.

“The marked growth in the waste layer of the technosphere — reflecting relatively ineffective recycling by comparison with the almost perfect recycling shown by the non-human biosphere,” warned the researchers, poses “a considerable threat to its own further development and to the parent biosphere.”

“While the long-term development of the technosphere remains uncertain, its scale and accelerating diversification of form means that it already represents a distinctive new component at a planetary scale,” concluded the paper.

In previous work, Zalasiewicz and other geologists have argued that four key developments make the Anthropocene a distinct and uncertain epoch in global history. 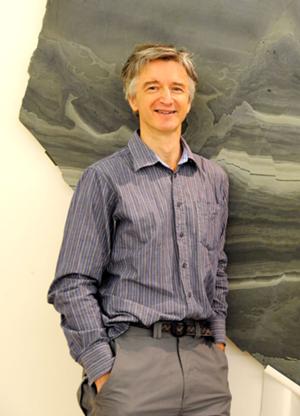 Geologists led by Professor Jan Zalasiewicz have dubbed the transformation and domination of the planet by human engineering ‘the Anthropocene.’

•  Never before has one species homogenized other species around the world through mass transport and “human-instigated species invasions.”

•  Never before in the history of the planet has one single species appropriated between 30 and 40 per cent of all plant growth for food, feed, fuel, or raw material and made itself the top predator both on land and at sea.

•  Never before has one species so controlled the growth and evolution of other species from bacteria to livestock.

•  Never before has the biosphere had to accommodate a technosphere that now occupies more biomass than the world’s forests.

Many of the problems highlighted by new research on the Anthropocene and its technosphere were initially foretold more than 60 years ago by Jacques Ellul, a radical social critic and Christian philosopher.

In 1954, Ellul warned in the original French edition of The Technological Society that, “Technique now constitutes a fabric of its own, replacing nature. Technique is the complex and complete milieu in which human beings must live, and in relation to which they must define themselves. It is a universal mediator, producing a generalized mediation, totalizing and aspiring to totality. The concrete example of this is the city. The city is the place where technique excludes all forms of natural reality. Apart from the city, the only choices left are either the urbanization of rural areas, or “desertification” (nature then being submitted to a technical exploitation controlled by a very small number of people)... This technical milieu involves, on the human side, a complete re-examination of ancient modes of behaviour, or physiological capacities.”

Ellul defined the characteristics of technical progress as “self-augmentation, automation absence of limits, casual progression, a tendency toward acceleration, disparity, and ambivalence.”

Ellul also warned that technological progress created an illusion of setting people free from natural function and constraints. But in real terms, technology narrowed choices and created an increasingly autocratic world that was as constraining as a space ship for an astronaut.

“Technique enslaves people, while proffering them the mere illusion of freedom, all the while tyrannically conforming them to the demands of the technological society with its complex of artificial operational objectives,” wrote Ellul.

In related research, two prominent Russian physicists, Victor Gorshkov and Anastassia Makarieva, have argued that a great precipice exists between the information-processing capacities of the biosphere compared to that of the so-called technosphere.

The rainforest in Papua New Guinea, for example, can process information at rates more than a million times faster than the fastest Chinese super computer, Tianhe-2, notes Gorshkov and Makarieva.

Replicating natural processes and information flows with technology is impossible, warned the physicists.

Natural ecosystems regulate the global and regional environment and climate, the physicists wrote, “which is a self-sustainable, ultra- complex and highly energy-consuming planetary process that cannot in principle be replicated by technology.”