The change — expected to feature in bargaining with other automakers — is part of a long-term trend, experts say.

While the collective agreement affects only three plants and about 4,000 employees, the financial and global pressures that shaped the deal are transforming industries across Canada.

Defined-benefit pension plans, which provide workers a guaranteed income in retirement, have been disappearing from the private sector for several decades.

The pension plans are being eliminated entirely or replaced by defined-contribution plans. Under defined-benefit plans, employer and employee contribute and a retirement income is guaranteed based on salary and years of service. If there isn’t enough money in the plan fund to provide pensions, the employer has to pay more.

Under defined-contribution plans, both parties likely still contribute but the pension income is based on how well the investments did — like an RRSP.

The shift away from defined-benefit plans means less financial risk for the company, but more risk for the worker.

“I think we have to worry about the next generation of workers,” says Greg Pallone, managing director for TRG Group Benefits, which designs benefit plans. “There is a big knowledge gap and this whole issue of retirement readiness is the big issue today.”

Workers in a defined-contribution plan often don’t understand that they have no guaranteed return or set pension benefits, says Pallone.

And those without any plan often don’t save enough and are forced to rely heavily on the government-run Canada Pension Plan and social assistance programs.

The shift in pension benefits isn’t new. Pallone says the financial crisis of 2008 accelerated cutbacks to defined-benefit plans, but the trend had begun earlier.

Corey Vermey, co-director of Unifor’s pensions department, says defined-benefit plans for new workers at GM’s plants were already scaled back. During bargaining in 2012, the union agreed to switch to a hybrid plan combining the defined-benefit and defined-contribution structures.

Vermey said that GM argued the hybrid plan was not a solution to its pension concerns.

Instead of hiring permanent staff with job security and benefits, including the pension plan, many employees were hired as occasional workers without benefits.

In contract talks, the switch from defined-benefit to defined-contribution pensions was linked to a commitment from GM to invest in Ontario plants, Vermey said. Occasional workers will stand a chance of getting permanent jobs with benefits.

“We don’t see this as a loss as defined pension benefit plans for new hires,” he says. “The choice will be to vote in favour of a future of the plants and a future of the auto sector, that is packaged with a less secure retirement.”

In the context of the labour market, Schirle says the proposed agreement at GM is still a good deal. “For these new workers, at least they’re getting a pension. Many workers don’t even get that.”

The percentage of women with defined-benefit pensions stayed relatively stable in that period, at 34.5 per cent in 1977 and 31.1 per cent in 2011. The major factor is that women tend to be employed in public sector jobs that have better pension coverage rates, such as health or educational services .

Vermey says that while the company continues to invest in its workers, it has no allegiance to Canada.

“Bargaining now takes place... with the conversation that the company wants to have about global operations and global competitiveness,” he says. In this round of talks, the company’s willingness to move some work from Mexico was linked to the pension issue.

When defined-benefit plans have largely been phased out in other markets such as the U.S., England and Mexico, it’s hard for Canadian unions to uphold the standard, Vermey says. “It’s not unusual for a corporation to come to the bargaining table and say, ‘look Canadian workers, you’re the only remaining site or jurisdiction we are obligated to provide a (defined-benefit) plan.’” 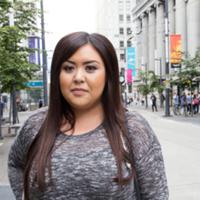 Rehearsals for Retirement: Young Workers and the CPP

Deals such as the proposed Trans Pacific Partnership “are essentially designed as corporate rights agreements enhance the powers of the biggest multinational businesses,” he says.

But Hemingway adds unions haven’t lost all their bargaining power and social movements pushing back against trade deals like the TPP show that workers still have power in organizing.

Pensions eroded, no replacement in sight

With the erosion of employer-provided pension plans, action is needed to replace them, Hemingway says. “As a society if we’re going to allow for these pensions to drop away, something has got to give.”

Hemingway says a bold expansion of the Canada Pension Plan to guarantee workers an even greater payout upon retirement could make up for the loss of employer-organized plans.

The Liberal government has recently expanded the CPP. However critics say the larger deductions from paycheques will hurt low-wage workers who are struggling to get by. Pallone says young workers aren’t paid enough at the start of their careers to afford even a five-per-cent deduction.

Others find that between CPP and Old Age Security, which together provide $1,639 a month, they can get by in retirement, Pallone says.

But he said people who want a higher income in retirement need to save and take advantage of existing opportunities like RRSPs. About 40 per cent of Canadians didn’t contribute to an RRSP in 2014 and the average contribution was $3,700, according to research.

Meanwhile, Wilfred Laurier’s Schirle says that as the responsibility for retirement savings shifts, Canadians need to have a discussion about what the culture and expectations around retirement will be in the future.

Many people are already working past the age of 65, staying in the workforce longer by choice or necessity, she says. Generations following the Baby Boomers have also delayed entering the full-time workforce by spending more years in school — a factor that has long-term implications for retirement income.

“These are all things that will eventually have to be reconsidered... policy needs to catch up,” she says.