Parents, teachers and politicos of all stripes are focused on the Vancouver School Board after it refused an eleventh-hour provincial government proposal that the board sell its Kingsgate Mall property and use the money to eliminate its $21.8-million shortfall in time for Thursday’s balanced budget deadline. 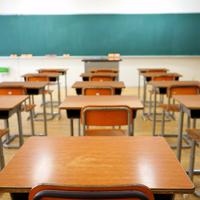 Education Minister Mike Bernier made the proposal in a letter sent to the board on Tuesday. He added that if the board, which owns the land but leases it to mall owners Beedie Development Group, could not sell the mall by the time school re-opened in the fall the province would buy a small stake in the property for $6 million.

Earlier this year the land was appraised at $79 million. The board, which receives $750,000 annually from leasing the mall, refused the province's offer.

If you ask Education Minister Mike Bernier, the board's refusal to sell is a sign of misplaced priorities:

But blogger and journalist Laila Yuile wonders whether it's the ministry that has mixed up its priorities. In a June 30 post on her blog "No Strings Attached," Yuile wrote that the government's proposal that the board sell the land would likely benefit the Beedie Development Group, which owns the building, more than it would the Vancouver district.

Yuile's post stems from a tweet by Vancouver school board trustee and former chair Patti Bacchus, which included a scanned copy of a letter the board sent Minister Bernier Wednesday evening (Yuile says the stated date is a typo) asking him not to disclose details of ongoing lease renewal negotiations between the board and the Beedie Development Group.

But Bacchus states in her tweet that Bernier released that information Thursday when he spoke publicly about the board's refusal to sell the mall.

The board's Wednesday letter to Bernier said releasing the information would violate sections 17 and 21 of B.C.'s Freedom of Information and Protection of Privacy Act.

When asked how Bernier may have violated the freedom of information act, Vancouver School Board chair Mike Lombardi referred The Tyee to Bernier, adding via email, "VSB is not in a position to release the [minister's] letter as it may compromise negotiations with a third party."

Yuile points out that the Beedie Group, which owns 31 residential, commercial and industrial Lower Mainland properties, is a BC Liberal Party donor, gifting over $300,000 since 2005.

The Tyee contacted Bernier's office for a response, and was sent a recording from the minister's Thursday morning scrum where a reporter asked him why he chose to reveal information about Kingsgate Mall the board had asked him not to.

Bernier responded that the letter he sent to the board Tuesday outlining how the ministry could help by allowing for the sale of Kingsgate Mall was drafted with language suggested by the board itself.

"What it shows me is that political games are being played, which I don't want to be a part of," he said.

This isn't the first time the provincial government has expressed an interest in selling land to fund public services. Yuile linked to a previous blog posts about the government's 2014 sale of property in South Newton in Surrey that had been earmarked for a future hospital expansion. Yuile maintains the land could have been used for a new school, desperately needed in the overcrowded Surrey district, but was instead sold to developers.

It wouldn't be the first time government sold valuable land. Last year, Business in Vancouver reported internal government emails obtained by the provincial New Democratic Party revealed the B.C. government sold 14 properties on Coquitlam's Burke Mountain in 2013 for $43 million less than their $128 million appraised value. Statements from the emails indicate the sales were rushed in order to balance the 2013-14 budget, the BC Liberal government's last before the May 2013 provincial election.

Previously the ministry has fired boards for failing to balance their budgets, as they did in Cowichan in 2012, or for financial mismanagement, as they did in North-Okanagan Shuswap earlier this year. In both cases, the ministry appointed Surrey school district superintendent Mike McKay as the sole trustee.

Instead, the Ministry of Education has announced another audit of the Vancouver board's books -- the government third fiscal audit of the board since 2010.