The country's most housing-stressed city has thousands of homes sitting vacant -- and the situation has barely changed since 2002, according to a new report from the City of Vancouver and Ecotagious Inc., a company that analyzes how much energy people consume. 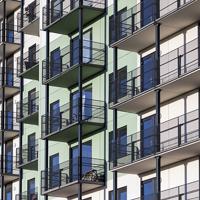 Released this morning, "Stability in Vancouver's Housing Unit Occupancy" says that if we could rent out Vancouver's estimated 10,800 dwellings that are unoccupied for at least part of the year, it would help drive down housing costs and relax the city's miniscule 0.6 per cent rental vacancy rate.

Using BC Hydro data for 225,000 Vancouver homes in 2014, the report measures how many homes were unoccupied for two months, four months, and 12 months. Overall, there was a 4.8 per cent non-occupancy rate, hardly changed from 4.9 per cent in 2002. Vancouver's numbers were consistent with data from the rest of the Greater Vancouver Regional District and other Canadian cities, too.

Apartments made up 90 per cent of the unoccupied units, the majority of them condominiums. In fact, condos alone had an estimated 12.5 per cent non-occupancy rate in 2014.

Although the data analysis is the largest study sample of its kind yet for Vancouver, Andy Yan, director of Simon Fraser University's City Program, says it only cracks the surface of what we need to know about Vancouver's housing market.

"It's a modest beginning, not a comprehensive end," he said. Yan did his own similar study for BTA Works, affiliated with Bing Thom Architects, in 2009, and concluded that five to eight per cent of downtown condos were empty.

"It parallels a lot of the things we were discovering," he added, "and it talks about the notion of 'who is being serviced by these condos?'"

Although today's report doesn’t mention it, Yan notes that the rise of the sharing economy, particularly Airbnb, used for short-term rentals of unoccupied suites, complicates the issue. Those short-term rentals could cause otherwise unoccupied units to pass the electricity test. The use of electric space heaters and caretakers could also alter the data, the report notes.

The numbers also don't account for secondary suites or apartment buildings where all the units used the same hydro metre. Nor does the report examine why units aren't occupied, something Yan emphasizes is important for understanding the context behind the data.

Yan would like the city and BC Hydro to offer the underlying data from the report to accredited researchers, not only for transparency and accountability, but to conduct their own analyses with other data sets to hopefully add context to the issue.

The reports' authors recommend that the city repeat the study every two years. They also laid out Vancouver's plans to pursue provincial and federal support for more housing stock, and for the province to allow the city to raise property taxes or create a registry of empty units.

Yan says new city housing policy requires more data on both the supply and demand sides. If the city knows what months have higher rates of occupancy and when rental demand is highest, he said, they could see if it's possible to meet our needs with housing stock that's only full for part of the year.

City staff and local housing experts are expected to meet tomorrow for a workshop to discuss their options for addressing unoccupied homes.