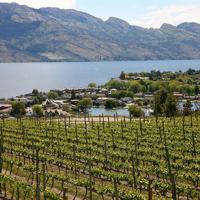 High ferry fares also reduce government revenues and may make coastal communities unsustainable, said Boatswains to Bollards: A Socioeconomic Impact Analysis of BC Ferries, which Larose Research & Strategy prepared for the Union of British Columbia Municipalities and the Association of Vancouver Island and Coastal Communities.

The report noted that overall ferry ridership instead declined by 11 per cent from 2004 to 2014, even while other modes of transportation saw gains. "Ferry passenger volumes are strongly (negatively) correlated with fares, and fare increases contributed to passenger volume declines from 2003-2013," it said.

The decade's foregone economic activity led to tax revenue losses of $325 million for the federal government, $231 million to B.C., and $53 million to municipalities, it said.

"The economic impact of BC Ferries on coastal communities and the provincial economy as a whole is substantial," said the report. "While some routes are more price sensitive than others, in the longer term, overall ridership will continue to decline as fares continue to increase. This downward trend does not bode well for coastal ferry sustainability."

The provincial government has said its goal is to have an affordable, efficient and sustainable coastal ferry service system, the report said. "It is difficult to see how the present policy of increasing ferry fares while reducing ferry service will enable the achievement of such a goal."

UBCM members will gather in Whistler between Sept. 22 and 26, where they'll be asked to vote on a policy paper calling on the province to restore service levels and ferry fares to their 2013 levels. They will vote on requesting the province to take a "pause" and commit to further socioeconomic analysis, to recognize the ferry system as part of the highway system and fund it accordingly, and to work with coastal communities and others on a long-term strategy for the system.