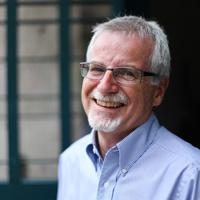 On Dec. 7, 2009, then-housing and social development minister Rich Coleman announced a $32.8 million, provincially financed project for TL Housing Solutions to develop the 120-unit Hudson Mews on property owned by Townline Victoria, which was to provide the land at 80 per cent of the market value.

Less than a year later, a Sept. 2010 story in Victoria News said the province pulled out and B.C. Housing, according to a prepared statement, said: "it was determined the project would not deliver the desired level of affordability for low and moderate income earners in B.C."

But a May 13, 2011 Internal Audit and Advisory Services report released to The Tyee via Freedom of Information tells a different story. The report said auditors rejected B.C. Housing's claim that Hudson Mews would improve directly or indirectly social housing in Victoria. It concluded that the project would expose the province to "significant and unnecessary financial risks."

"B.C. Housing was prepared to go forward with this project despite the fact there were significantly unresolved issues with respect to the project's financial viability," said the report. "Further, B.C. Housing management knew of these issues, but appeared undeterred in proceeding with the project."

The report said complaints about the project were received just days after Coleman announced the project. One complaint alleged the project was "receiving a bailout from the provincial government due to the influence of a former Cabinet Minister who is related to the owner of the Bay property," said the report.

Townline owner Rick Ilich is the nephew of former BC Liberal Richmond MLA Olga Ilich, who was minister of labour and citizen services and minister of tourism, sport and the arts during her 2005 to 2009 term in office. There was a separate complaint about the public tendering process, claiming TLHS was not following public sector procurement policies for hiring of subcontractors.

The probe found no evidence to support the bailout allegation, but there was a perception that B.C. Housing and TLHS "were not operating at arm's length."

The executive summary said auditors found the Townline-retained appraiser overstated the property value by approximately $900,000, leading to a public perception that the province was receiving a substantial discount on the announced $4 million land purchase.

In fact, the province was receiving a discount of less than $100,000 in exchange for the direct award of the management contract to TLHS.

The report said that on July 21, 2010, B.C. Housing told the Ministry it was no longer participating and B.C. Housing updated the Comptroller General's office on the decision the next day.

The report said that in early 2005, S-8129 Holdings Ltd., a company related to Townline Group of Companies, bought the property for $15.5 million. In 2006, it unveiled plans to preserve the building and build multiple towers on the parkade site. Restoration and conversion of the store began in 2007, with a 2009 target for occupancy. But the global economic crisis of 2008 and 2009 slowed redevelopment and TLHS submitted an unsolicited proposal to B.C. Housing in spring 2009.

"The proposal stated that TLHS would arrange with the landowner to sell a portion of the Bay site to B.C. Housing to construct a 120 unit mixed affordable rental and home ownership condominium," said the report. "The building would also include commercial space fronting Fisgard. In return for receiving the property from the landowner at a discounted price, B.C. Housing would award TLHS with a contract to manage the construction project."

B.C. Housing's executive committee approved $34 million interim financing for Hudson Mews. TLHS proposed high-end finishes, such as stainless steel appliances, granite counter tops and hardwood floors, and a fitness centre in the building. The submission said the executive committee acknowledged it was "outside the scope of conventional standards of B.C. Housing" but it would "yield significantly higher rents."

The audit report also criticized B.C. Housing for not having a proper board of directors. Chair Brenda Eaton, a former deputy minister to Premier Gordon Campbell, was the only appointee overseeing management of the Crown corporation.

Townline, however, continued with the project as a market rental development with units starting at $1,225 per month. In April of this year, the 120-unit rental project opened on 780 Fisgard St. in Victoria.

The report was the only document released July 7, in response to a March 27-filed FOI request with the Ministry of Finance for "Any and all available reports by the Internal Audit and Advisory Services Branch about B.C. Housing and agencies it funds" since April 1, 2008."

The request was filed a week after a damning B.C. Housing-ordered audit of PHS Community Services Society that found widespread misspending by senior managers and lax board oversight.

During Question Period on March 24, Coleman said "in about 2011-2012" a small PHS deficit led to "a couple of financial reviews, then an audit, and then a significant audit, more of a forensic quality."