Another year, another climate conference. Another round of name-calling, blame-pinning and hand-wringing. Another set of vaguely worded commitments. Another pledge to do better the next time around. 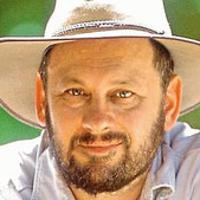 Tim Flannery: 'Innovation Is the Enemy of Oil and Gas'

In case you missed them, two weeks of international climate talks in Warsaw wrapped up last week. And yes, there was little on the surface to distinguish their "blurry" outcome, in the words of Politico, from the negotiations of the year before, or the year before that, or the year…

But Warsaw also signalled a power shift with global implications, caused by an emerging alliance between two middle-power countries skeptical of the entire negotiation process: Canada and Australia. The alliance pushed the talks in a less constructive direction. It may even affect humankind's chances of reaching an effective climate treaty two years from now, in Paris. Or so argues Erwin Jackson, of Australia's Climate Institute, who's worked on global warming for over 20 years.

"One of the reasons... why Warsaw was so difficult was that you saw Australia lining up more with Canada in terms of its domestic policies and also in the posture it was taking," Jackson told The Tyee. The outcome at such talks is ultimately decided by the U.S., China and other major powers. But to push the negotiations in a positive direction, he said, "you need middle-power countries [like Canada and Australia] to come up with constructive proposals." And in Warsaw we saw the exact opposite.

It didn't used to be this way. Until the Warsaw talks, Australia was regarded as one of the more progressive members of the "Umbrella Group", an informal negotiating bloc that also includes Canada, the U.S., Russia, Japan, Norway, New Zealand and former Soviet republics like Kazakhstan. It's the developed world's conservative wing, a group often resistant to the more ambitious climate solutions pushed by the European Union. Similar tensions exist, though, within the Umbrella Group itself.

As the group's chair, Australia in the past played a "counter-balancing" role to less committed members, Jackson said. After Canada, Japan and Russia abandoned the Kyoto Protocol, for instance, Australia in 2012 signed up for a second round of emissions cuts. That decision provided political cover for the European Union's own efforts to renew Kyoto. "If you're seen to be standing out alone with no allies outside of the EU, then it makes it much more difficult for you politically," Jackson said.

It also sent a powerful message: that Australia, the world's second largest coal exporter, was willing and able to lower its carbon footprint. "That gives confidence to emerging economies [like Brazil and South Africa] that they can do the same thing," Jackson said. Provide enough countries that confidence, and you start to build broad consensus in favour of ambitious global carbon reductions. This is why, he said, "you need countries in the middle of the pack to be moving the negotiations forward."

Yet the Australian delegation at Warsaw -- along with its newfound Canadian allies -- seemed intent on moving them backwards. That was the impression of the Climate Action Network, which deemed Australia this year's "Colossal Fossil" for "blocking progress" in the talks. Meanwhile Canada, no stranger to the scorn of environmental NGOs, received a "special Lifetime Unachievement Fossil Award" for "long-standing efforts" to obstruct work towards an effective global climate treaty.

Canadian Prime Minister Stephen Harper congratulated him. "Canada applauds the decision by Prime Minister Abbott to introduce legislation to repeal Australia's carbon tax," read a statement from Harper's Privy Council Office. "The Australian Prime Minister's decision will be noticed around the world." The world certainly noticed the potential impact of Harper's praise: to discourage "industrialised nations from following through on their own climate change commitments," as the Guardian described it.

The world also noticed when Australia and Canada were the only two countries at a Commonwealth meeting in Colombo, Sri Lanka, that refused to support a Green Capital Fund, aimed at financing climate projects in poor countries. This "extremely unusual action," wrote Ian McGregor, a lecturer at Sydney's University of Technology, "has had strong negative repercussions here in Warsaw," where "providing much needed climate finance between now and 2020 is a huge issue."

The issue grew so heated that it caused a walkout by the G77 developing nations and China during the final days of negotiations. In the end, Politico reported, "negotiators made limited progress in detailing how and to what extent wealthier nations will help poorer nations deal with the effects of climate change." How those questions are ultimately resolved will be a crucial factor in whether the world's nations are able to negotiate a climate treaty two years from now in Paris. Which is why the emerging alliance between Australia and Canada is so troubling to people like Jackson.

"The last thing we need to be seeing," he said, "is Australia sitting backwards and joining Canada in the less progressive camp." Especially when Australia has shown that middle-power countries can shift the talks in a positive direction. Yet as we saw at Warsaw, he laments, "the opposite is also true." He went on: "We're not going to get strong global action unless everyone plays their part."