A few years ago, two Canadian scholars set out to answer a provocative question: Could multinational oil corporations make even more money if they reduced their environmental footprint? 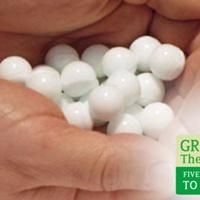 Their conclusion: No, they wouldn't. Or at least, not exactly.

Chevron also created a biodiversity strategy, but moved slower on climate change, and gave less support to wind or solar energy. ExxonMobil questioned the very existence of global warming and did little to lower its ecological impact.

In theory, the proactive companies would face less environmental risk, and therefore the market would reward them with higher profits.

"What we found was that isn't the case," Harrie Vredenburg, study co-author and University of Calgary business professor, told The Tyee Solutions Society.

From 2004-08, profitability indicators grew only slightly for BP and Royal Dutch/Shell. They grew faster for Chevron and ExxonMobil.

All four companies ultimately made huge profits. Yet addressing concerns about the environment did not provide a decisive financial advantage. In other words: public pressure is not the same as economic pressure.

That point may help explain the poor environmental performance of Alberta's oil sands industry. Never before have producers faced so much public pressure to immediately reduce their impact on land, air and water.

But key Alberta regulations are sending the opposite economic signal.

Restoring strip-mines to functioning wilderness needn't happen until late in an operation's life. Cost estimates for cleanup don't have to be precise. And oil sands producers can effectively ignore more than 5.3-billion bathtubs' worth of liquid toxic waste.

Canada's clean technology innovators believe many of the industry's most daunting impacts could be addressed today and ultimately prevented. But that alternate business model doesn't yet provide the decisive financial advantage that could move producers to take action.

The oil sands are one of the planet's most physically daunting industries. In place of pristine Boreal wilderness: 686 square kilometers of open-pit mines, industrial infrastructure and toxic tailing ponds.

"One can't help but ask the question," said Keith Jones, a natural resources consultant whose work has focused on oil sands reclamation, "Where are we at in our ability to move this back into its natural state?"

The official narrative is one of slow but determined progress. Producers have certifiably restored 1.04 kilometers of disturbed land. They're spending billions of dollars right now figuring out how to clean up the rest.

"The industry is taking it quite seriously," said Eric Newell, CEO of Syncrude from 1989 to 2003 and now chair of Alberta's clean technology fund.

But in reality oil sands producers gain little financial advantage from addressing cleanup now, instead of decades in the future. Alberta's regulations effectively ensure it.

Since 2011, the government has required mine operators to make a $30- to $60-million deposit up front, as insurance against future cleanup costs. Producers incur financial penalties on top of that if their reclamation goes slower than planned. (Read more here or here).

But here's the kicker: Alberta doesn't require producers to make a deposit covering the full price of reclamation until six years before they close their mine.

Only then are they held legally liable for a cleanup job potentially costing a billion dollars or more.

"If these mines are operating for 50 years," Pembina Institute senior policy analyst Nathan Lemphers told Tyee Solutions, "that leaves a significant amount of time where not much has to be done."

Producers might be more inclined to clean up sooner if they knew for certain what the final bill would be. But Alberta doesn't require precise and detailed cost estimates until late in an oil sands mine's life.

That much was revealed in a 2011 report from the University of Alberta's Oil Sands Research and Information Network (OSRIN). 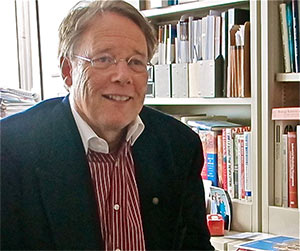 Caption: Vredenburg: Companies don't innovate 'out of the goodness of their heart.'

Eventually, producers will be legally required to clear their mine sites of all industrial infrastructure (stuff like roads, extraction plants and upgraders). They must also remediate any contaminated land.

"Early in facility life," the report explained, producers are likely to make "relatively broad and far reaching" assumptions about how they will accomplish that task and what it will cost.

It's only when bitumen production starts falling off, typically after many decades, that the accuracy of a producer's cleanup plan begins to "increase in confidence and detail."

There's nothing untoward about this approach. It satisfies the Alberta government's reporting criteria. Producers even argue that future cost estimates could be lower than earlier, less accurate, ones. But costs could also grow much larger.

The upshot either way is that producers don't know the exact financial burden of cleanup. Addressing it early, therefore, provides uncertain economic rewards.

"For most of the last 45 years," Chris Powter, OSRIN's executive director, recently wrote, "it has been assumed that any remediation…would not happen for many years and therefore effort should be spent on more immediate issues."

In his opinion: "The closure of plant sites is still deemed to be a far future activity."

Back to the future

Even Alberta's most proactive cleanup regulation, Directive 074, is aimed towards the future. Passed in 2009, it requires oil sands companies to steadily reduce the percentage of mature fine tailings they create each year.

These tailings are a major component of the 176 square kilometers of liquid toxic waste stored in ponds across Northern Alberta.

Most observers acknowledge that Directive 074 has produced immediate results.

Suncor has promised to invest more than $1 billion in tailings reduction operations. Already, it claims this proprietary technology has "enabled Suncor to cancel plans for five additional tailings ponds."

Syncrude will spend $1.9 billion by 2015 funding "a full-scale commercial plant" with centrifuge technology to process tailings.

"I don't like it when people try to cast the view that industry has just pushed [clean up] all the way to the end of operations," said Newell, the former Syncrude CEO. "Lots of good things are going on."

Nevertheless, of the nine oil sands mines in operation, only two are set to actually meet their Directive 074 targets, a Pembina Institute/Water Matters analysis concluded.

And much public discussion of the Directive overlooks a crucial fact: It only addresses future tailings pond growth, not the liquid waste created before 2009 (the stuff that could fill those 5.3 billion bathtubs).

The Alberta government has promised stricter tailings regulations are on the way -- but when is uncertain. "It could be months or years," Grant said.

In the meantime, Canada's $10.6-billion (estimated 2011 revenues) cleantech sector continues to pitch an alternate business model: deal with existing environmental impacts now and prevent new ones from being created.

Filterboxx is one of more than 60 Canadian firms, according to research from Analytica Advisors, developing solutions for cleaner oil sands.

The company's headquarters are in a nondescript industrial park southeast of downtown Calgary, with skyscrapers branded by oil-company logos visible in the distance.

But Filterboxx sees an even brighter future. Its proprietary technology could someday help clean up the 840-million cubic meters of toxic tailings waste in Northern Alberta, it claims, and lower industry's operating costs in the process.

That's the "holy grail," company CEO Larry Novachis told Tyee Solutions, "the real place where we feel we can add the biggest value."

But Alberta's regulatory system sends mixed signals to Filterboxx and other companies like it.

"It certainly is creating more and more opportunity for us," Novachis said.

Yet such regulation is only the first step. Any technology that reduces, and ultimately eliminates, tailings ponds will also create massive amounts of "process-affected" water. Somehow all this water must be treated.

That's a service companies like Filterboxx are eager to provide. But no regulation yet exists to dictate the pace, scale or stringency of treatment. Nor has any been announced for the near future.

"Unless there's that loop back that says, 'Thou shalt reuse X per cent of water,'" Novachis said, "companies like us sort of stand by the sidelines."

"In my opinion," he said, "governments have really not done their job over the past 20 years."

That job, Vredenburg argues, is to create markets that value faster environmental cleanup, reduce ultimate costs for polluters and provide serious revenues for the next generation of clean technology innovators.

"If you get regulations that are reasonable," Vredenburg said, "they actually will induce innovation and get companies focused on solving some of these problems.

"But [companies] won't do it just out of the goodness of their heart."