To raise money for the coming provincial election fight, the British Columbia Green Party appears to be thinking globally. 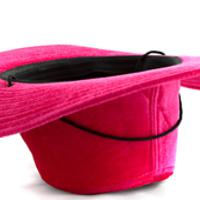 Why Is Christy Clark Passing the Hat in Calgary?

Word of the plan, which would see the Greens using social media to tap supporters around the world for funds, comes shortly after Premier Christy Clark earned criticism for her party raising money from Alberta business interests.

But Green leader Jane Sterk said the BC Liberals soliciting large cheques from oil companies or other big corporations outside the province is much more worrisome than her party's plans to seek small donations from many individuals.

To win seats in the May election, she said her party will do what it can to be competitive within the current rules, which she believes need to be changed.

"At some point in time you have to face the reality we're playing in the sandbox we're given, not the sandbox we'd like to play in," Sterk said. "There's an idealistic view of how politics could operate, and we're as far from that [in B.C.] as could be."

The Green's fundraising campaign isn't expected to be unveiled until later this month. Sterk declined to provide details as the party is still finalizing plans, though she allowed the party is planning a social media campaign that could easily spread internationally.

Another source told The Tyee the party plans to launch a video campaign over the Internet that's designed to attract foreign funding, particularly from Green Party members in Germany and other countries.

"We're looking at some creative ways to get money into the party," Sterk said in a telephone interview, after expressing surprise The Tyee had learned about the campaign when so far very few people know about the plan.

"We're looking at some of the crowd-source funding stuff that's been successful," she said, citing the example of Barack Obama who won the United States presidency in 2008 partly thanks to his success attracting small amounts of money from large numbers of people.

Asked if the party intends to raise money internationally, she said, "You never know what's going to happen on social media."

Accepting donations from outside B.C. is entirely legal in the province, Sterk said. "We have no rules in British Columbia," she said. "We have kind of a wild west here... We are looking at creative ways of getting money for the campaign and we'll be within the rules that are set out by Elections BC. And like the NDP, we would change the rules."

The Greens hope to win four or five seats in May, including Victoria-Beacon Hill where Sterk's running against former NDP leader Carole James.

"You know as well as I do that money helps that process," Sterk said.

The Green Party used to set strict rules for itself that went far beyond provincial law, including not accepting any corporate donations. Now it will accept up to $2,500 from corporations or unions, which Sterk said allows members who own businesses to donate through their companies.

The Greens would like to see provincial laws introduced to cap donations at $2,000 and believe the people or organizations who support political groups should be B.C. residents, Sterk said. In the meantime, however, the party has to compete in the current system.

"It would be great if parties were funded by people who lived within the province, but that hasn't been true for the other parties," she said.

'It's a bad law': Integrity BC

Spokespeople for neither the BC Liberals nor the BC NDP took the opportunity to discuss the issue when The Tyee called.

BC NDP spokesperson Michael Roy told The Globe and Mail that the party has accepted donations from outside B.C. but does not recall it holding fundraisers outside the province.

"The law is bad," said Dermod Travis, the executive director of the Victoria advocacy group Integrity BC. "We're campaigning to change the law, but under the current law no party should handicap itself... Any party that tried to be holier than thou might also be shooting themselves in the foot."

Parties need to provide receipts for donations and any gift over $250 needs to be publicly reported, so social media shouldn't be used to collect anonymous donations that can't be tracked, he said.

Asked if the BC Green Party may be opening itself to the same kind of criticism, Sterk said, "I don't think so. We're looking at going after small donations, so I don't think we could be accused of being influenced by foreign radicals."

Sterk said the BC Liberals' recent fundraising trip to Alberta barely got mentioned in the media.

"Nobody seemed to care," she said. "I'm not going to have any trouble defending what the Green Party is doing."