If you need proof that history repeats itself, look no further than the contract negotiations between the provincial government and the B.C. Teachers' Federation. 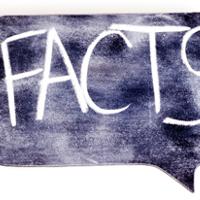 Since the New Democratic Party government pushed bargaining from the local to provincial level in 1995, there's only been one successfully negotiated teacher collective agreement.

During that period legislation has been passed, teachers have walked out, fines have been issued, and classes have been cancelled, and when negotiation time rolls around again both sides profess a desire for change, but change doesn't happen.

The current case is Bill 22: the Education Improvement Act, which introduces a mediator to the equation, but rules any decision must meet the government's net-zero mandate, which teachers refuse to accept.

Decades of failed negotiations have not only hardened the relationship between teachers and their employers -- the government -- but each attempt to negotiate a contract that ends in a legislated solution only increases the bitterness and mistrust held by both sides.

The best evidence of this poisoned relationship can be found in the words of those who've been there. We spoke with three former B.C. Teachers' Federation (BCTF) presidents who presided over the particularly tumultuous period of 1999-2007, and got their take on how failed contracts affected teacher morale, the relationship with the government, and the future of teacher bargaining.

How low does morale go?

David Chudnovsky was BCTF president when the Liberal government legislated teachers' contracts and introduced Bills 27 and 28 in 2002, stripping class size and composition and the number of teacher librarians, counsellors, and ESL teachers per school from collective bargaining. He still remembers government's justification.

"We said at the time that the result would be larger class sizes and less services for students with special needs, and fewer specialist teachers and disruption in the system. The government at the time, Mr. (Gordon) Campbell and Ms. (Christy) Clark, said 'Oh no, no, this is about improving education,'" he told The Tyee.

The BCTF claims the introduction of the two bills allowed government to cut $275 million from public education -- $336 million in today's dollars -- every year since. The government maintains education funding is the highest it's ever been.

Chudnovsky says teachers' number one duty is to their students, and the cutting of services for students, combined with a lack of government respect through the imposition of Bills 27 and 28 -- later found unconstitutional by the BC Supreme Court -- put a double whammy on teachers.

"There's a dual problem that teachers faced: first, there's the contempt and disrespect that they were held in by government was reflected in the legislation, and second, the impact of the legislation was to make things worse for kids. So with respect to morale, it was a terrible blow to morale."

Neil Worboys, BCTF president from 2002-2004, traces the problems back farther than the Liberal government, however, and places blame squarely on the shoulders of the NDP for moving bargaining from the local school board level to a province-wide table.

"That was the start of a series of negotiations between the province and the BCTF that didn't really go anywhere," he says.

Despite all that, however, Worboys says teacher morale remained then as it is now: "quite high."

"They are very dedicated to their work, but in order for that to be meaningful, it has to be funded and there has to be enough support workers and enough support for all the kids in the system, and that's not there," he says.

'It's never too late': Sims

Jinny Sims, former BCTF president and current NDP MP for Newton-North Delta, was head of the union when teachers staged an illegal walkout in 2005 in response to a government legislated a contract. She remembers the anger and depression teachers felt, but says the strike actually boosted teachers' confidence.

"It gives teachers a feeling that they could do something, and we had wonderful unity and wonderful support from the public back in 2005. And in 2006 we were able to negotiate a collective agreement," she says.

Chudnovsky agrees, saying the strike showed government how serious teachers were, and that government would do well to remember that today.

"You saw the events of 2005: what was that about? That was about teachers redoubling their efforts to defend education services for kids and to advocate for improvements," he says, "but in this round of negotiations, teachers once again put forward the needs of the kids in their classrooms, and once again government seems blind to that, (and) blind to the decisions of the courts."

Bill 22 has brought the province back to a familiar impasse, with government assuring the public a negotiated settlement is possible if only the teachers would cooperate, and teachers telling the public a mandated net-zero conclusion isn't bargaining in good faith.

It feels like a never-ending loop, but the former BCTF executives say it doesn't have to be that way.

Worboys, for one, believes the answer lies in a return to local bargaining.

"I would say that the best system that could work is to go back to local bargaining where you sit across the table from the employer that hires you and lives in your community and knows the needs of the children and students in that community," he says.

"Something has to change in the system, and the government continuing to pass legislation and stripping things out of our collective agreement is not the way to go."

Chudnovsky would like to see the removal of the net-zero mandate, arguing that it's not negotiations when even a mediator is forced to conclude with the government-preferred outcome.

Sims has the distinction of being the only union president in the past 10 years to stage an illegal strike, but also the only one to successfully negotiate a deal with the government in the past 17 years.

She urges Christy Clark to personally find a way to solve the situation, saying we live in a democracy but this legislation doesn't show that to be true.

"There is no doubt in my mind legislated negotiations do not work. You take away people's rights, their right to negotiate," she says.

"It's never too late, and I believe there is a solution there that those parties could come to, that it will be better if it is a negotiated, rather than mandated (solution)."

Government has not shown any willingness to move since current BCTF President Susan Lambert announced a province-wide teachers' vote on April 17-18 that includes the possibility of an illegal province-wide strike.

Unlike the strike overseen by Sims', the union stands to lose up to $20 million a day by their calculations. But like Sims, the move might be enough to show the government that teachers, like their employers, won't back down.