British Columbia has corrupted its drug review process, making changes that will cost lives and money. 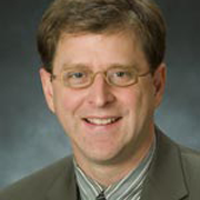 That's the assessment of an Ottawa-based health advocate on the eve of a closed government-hosted meeting in Vancouver to update stakeholders on changes to how the provincial government assesses new pharmaceuticals.

"When you corrupt a drug review process you are jeopardizing lives," said Michael McBane, the national coordinator of the Canadian Health Coalition. "There's something fundamentally, deeply unethical about all this. It's a massive violation of the public trust."

The changes in B.C. will have national implications, he said. "Many provinces were emulating British Columbia."

The health services ministry is hosting a third Annual Multilateral Stakeholder Engagement Session Nov. 24 at the Fairmont Hotel in Vancouver. The meeting will include, according to the invitation, a review of work done to complete recommendations from the Pharmaceutical Task Force, a "forward-looking presentation" from deputy minister John Dyble and a panel discussion on the future of pharmacy and pharmaceutical services.

That task force, struck three years ago, was stacked with people with ties to the pharmaceutical industry, The Tyee reported at the time. The person who led that review, Don Avison, has since taken a global advisory position with the drug company Pfizer.

In a Sept. 30 letter from Dyble to stakeholders, distributed as an update ahead of the meeting, a chart said 10 of the task force's 12 recommendations had been completed, while the other two had been substantially completed.

"There are now four separate sponsor engagement points within the enhanced review process, including an opportunity to comment both pre-and-post Drug Benefit Council recommendation and pre-and-post Ministry decision."

"There's a bloody euphemism if ever I heard one," said McBane, noting "sponsor engagement" won't help patients. "That means more involvement for the drug industry."

Companies will now have four separate spots in the approval process where they can gain access to the decision makers, he said. "The only thing that's transparent is it's now totally corrupted," he said. "B.C. has gone from having the best process on drug review to the worst."

The government continues to move away from using the Therapeutics Initiative at the University of British Columbia to look at the evidence on new drugs, he noted, though it hasn't gone as quickly as the government had hoped.

"Due to concerns over the low response rate to our 2009 Request for Proposals, we have undertaken a new procurement process to establish this roster," he said. When a new contract is in place the existing relationship with UBC will end, he said.

Dyble also gave stakeholders a preview of an announcement that wasn't made public until last week. "B.C. has gone beyond the recommendations of the Pharmaceutical Task Force and as of this fall will be one of the few jurisdictions in Canada to have a formal process to consider patient perspectives as part of the drug review process," he wrote.

"Individual patients, caregivers and patient groups will have the opportunity to provide their perspective regarding a drug under review, and this input will be considered by the Drug Benefit Council as they formulate their listing recommendations."

The government continues to look at changing how it does drug review, Dyble's letter said. "We would also like to take advantage of the experience and expertise at the November 24 session to discuss and consider new priorities as we move beyond implementation of the Pharmaceutical Task Force recommendations."

British Columbia is damaging what has been one of the best drug review processes in the country, said McBane. The province spends about 20 per cent less than the rest of Canada on drugs, he said, attributing the difference in large part to the involvement of the Therapeutics Initiative.

The task force came out of Premier Gordon Campbell's office, McBane said. "Is he trying to bankrupt the British Columbia department of health?" he asked. "This whole thing is outrageous from a patient safety perspective and also a value for money perspective."

The TI has brought an independent approach to drug reviews and has maintained strict conflict of interest standards, McBane said. "Many others who engage in this research are prepared to sell their opinions," he said. "The number of scientists working in the public interest is shrinking."

To illustrate that the change will cost lives, McBane cited Vioxx (a case The Tyee explored in a 2007 article), which the TI recommended against prescribing at a time before Merck & Co. withdrew the drug from the market because it increased the risk of heart attacks and strokes.

Removing TI from the review process and increasing the input from industry will cost lives in the future, he said. "They will expedite the marketing of dangerous drugs that will kill people."

The government is saying speed on drug reviews is more important than safety, McBane said. "I consider that negligence bordering on criminality."

Nor does he like Dyble's suggestion that patients will have more sway on what drugs are paid for by the province. Such decisions should be made based on evidence, he said, not "the notion that drug formulary decisions are a popularity contest."

He said he hopes the province will yet reverse its drug review decisions. "It's never too late to correct a mistake."

Health Services minister Kevin Falcon, expected to announce a campaign to lead the B.C. Liberals, was unavailable for an interview.

A ministry spokesperson provided an emailed statement about the meeting, which is closed to the public. "This is a stakeholder only event in order to encourage frank and open discussion on the subject matter," it said.

The changes are aimed at expanding input into the drug review process, it said. "Prior to the recommendations, there was minimum involvement with practicing clinicians and the use of evidence review experts was limited to clinical evidence reviews by the UBC Faculty of Medicine group, the Therapeutics Initiative."

The request for qualifications for clinical evidence reviewers went out in August and the competition is now closed, it said, adding that an announcement is expected early in 2011.

A report last week from the Health Council of Canada argued for removing conflict of interest from drug review decisions, NDP health critic Adrian Dix said. "The decision of the government to sideline the Therapeutics Initiative from the drug review process seems more and more incongruous, even outrageous," he said. "At a time when everyone's looking to emulate the TI, the [B.C.] government's going in the other direction."

An NDP government would increase support for the TI, he said, adding it's not surprising the province has had a hard time finding a qualified replacement. "Not only is the TI the leading agency of its kind in North America, but it's cost efficient."

The changes to the review process seem spurred by the B.C. Liberal Party's obligations to the drug industry, which has donated tens of thousands of dollars in recent years, said Dix. "It is inexplicable otherwise."

A call to Russell Williams, a Pharmaceutical Task Force member and president of the drug industry lobby group Rx & D was not returned by publishing time.