Developing a national innovation strategy has been a top priority of Navdeep Bains, Canada’s minister of innovation, science and economic development. Bains has created an expert panel, held meetings across the country, and launched a public consultation in the hope of identifying policies that might enhance Canada’s lacklustre innovation record.

While some have used the consultation to call for expanded intellectual property rules, the reality is that Canada already meets or exceeds international standards. The more pressing innovation issue is to address the abuse of intellectual property rights that may inhibit companies from innovating or discourage Canadians from taking advantage of the digital market.

The benefits of an anti-IP abuse law could be used to touch on the three main branches on intellectual property: patents, trademarks, and copyright.

Leading technology companies have issued repeated warnings about patent trolling, which refers to instances when companies that had no involvement in the development of a patent seek payments from legitimate companies by relying on dubious patents. Patent trolls have a negative impact on economic growth and innovation with millions spent on unnecessary litigation.

Groups have urged the Canadian government to enact reforms to “limit the ability of non-practicing entities [a euphemism for patent trolls] of exploiting patents to make unreasonable demands of productive companies and prevent crippling damage awards.”

There is no shortage of policy possibilities, including a prohibition against legal demands that are intentionally ambiguous or designed to induce a settlement without considering the merits of the claim. Other reforms could include requiring public disclosure of the demand letters, reforming the Competition Act to give the Competition Bureau the power to target anti-competitive activity by patent trolls, and giving courts the power to issue injunctions to stop patent trolls from forum shopping.

Canadian trademark rules would also benefit from anti-abuse provisions. In 2014, the government quietly overhauled the law by removing longstanding “use” requirements for trademark protection. Legal decisions dating back decades emphasized the importance of use in order to properly register a trademark, since trademark law is primarily designed to protect consumers from marketplace confusion. Without use, there is unlikely to be confusion.

The 2014 reforms dropped the strict requirement for use in a trademark, however, creating considerable concern within the legal community. Canada may see a spike in “trademark trolls,” who could register unused trademarks with plans to pressure legitimate companies to pay up in order to release the trademarks for actual use. Anti-trademark troll rules would block efforts to register unused trademarks for the purposes of re-selling them to businesses seeking to innovate and use them. 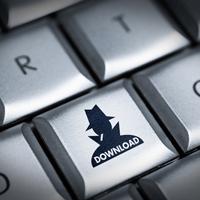 Scared by a Downloading Lawsuit? It Might Be a Troll

Copyright law would also benefit from anti-troll safeguards. Canada’s 2012 digital copyright reforms featured an innovative “notice-and-notice” system designed to balance the interests of copyright holders, the legal obligations of internet service providers (ISPs), and the privacy rights of internet users. The law allows copyright owners to send infringement notices to ISPs, who must forward the notifications to their subscribers.

Despite the promise of the notice-and-notice system, it has been misused since it took effect with copyright owners exploiting a loophole in the law by sending settlement demands within the notices.

The fix is easy: implement anti-copyright troll regulations that ban the inclusion of settlement demands within the notices and create penalties for those companies that send notices with false or misleading information.

Intellectual property and innovation are often linked in policy discussions, but the abuse of IP rules has garnered less attention. As Bains considers potential policy reforms, a world-leading anti-IP abuse law would send a much-needed message that Canadian law will not support misuse of intellectual property rights.