From the moment that the Liberal government renamed Industry Canada as Innovation, Science, and Economic Development, it sent a clear signal that innovation is a top policy priority for the new Canadian government. Indeed, in recent months Innovation Minister Navdeep Bains has repeatedly called for bold policies focused on addressing Canada's dismal innovation record. 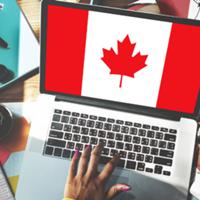 While the specifics of the Canadian innovation policy have yet to be revealed, a recent Australian government backed study provides a potential roadmap. The Australian Productivity Commission, which functions as an independent "think tank" for the government, released a 600-page draft report in April that proposes a myriad of changes to its intellectual property system.

The government asked the commission to report back on whether the current legal frameworks "ensure that the intellectual property system provides appropriate incentives for innovation, investment and the production of creative works while ensuring it does not unreasonably impede further innovation, competition, investment and access to goods and services." The result is a comprehensive report based on hundreds of submissions and consultations representing a broad range of views.

Canada and Australia may be geographically distant, but the similarities between the two countries on innovation and intellectual property are unmistakable. Both countries are net importers of intellectual property, meaning that current policies may benefit foreign companies and rights holders far more than domestic enterprises. With that in mind, the draft report recommends significant reforms to encourage innovation and strike a better balance.

For example, Australia faces the same problem as Canada with respect to patents and pharmaceutical drug innovation. The report notes that patent reforms designed to provide longer protections and encourage more innovation within the country have actually failed to increase investment in research and development. Canada has experienced much the same problem with steadily declining research and development investment ratios despite promises from the industry that legal reforms would do the opposite.

In light of these results, the report recommends moving away from increased patent protections (as envisioned by trade agreements such as the Trans Pacific Partnership) and focusing instead on greater data sharing. The changes to pharmaceutical patents are just part of a wider series of proposed reforms that designed to limit patents that may inhibit new innovations.

The report's copyright recommendations similarly find fault with overly restrictive rules that limit new innovation. It concludes that the term of copyright is too long, particularly since the commercial viability of most work largely ends years before copyright protection expires. It calls for a reduction in the term of copyright (the TPP would require an extension) and the adoption of a "fair use" provision, similar to that found in the U.S.

Many technology and internet companies rely on the flexibility of fair use to create new businesses and the report expresses concern that Australian businesses are placed at a disadvantage with their fair dealing system. Canada's fair dealing approach is more flexible than the current Australian law, but remains more restrictive than the fair use model found in the U.S. and recommended in the report.

Australian and Canadian consumers also encounter similar frustrations with many internet-based services that offer less content at higher prices. The Australian report recommends addressing the issue by enacting legislation clarifying that it is not a violation of the law for consumers to bypass geo-blocking technologies. It believes that the change would create more competition and significantly reduce consumer costs.

As Canada crafts its innovation strategy, the Australian report points to the benefits of evidence-based policies that move beyond conventional rhetoric. When combined with bold thinking -- the Commission does not feel constrained by established practices -- the draft report highlights how Canada and Australia share a discouraging record of adopting restrictive laws that may ultimately hamper domestic innovation and provides some innovative solutions to address the problems.