The latest tech solution for funding good journalism is called Blendle and you could say it's the pick-and-pay of newspapers. 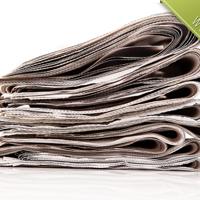 In Italy, Hope, and Some Handwringing, for Journalism

After playing with the beta version for a few days, I'd say Blendle is just convenient enough that it might leverage some cash out of tight-fisted readers. But it could come at the risk of using a payment model that accidentally devalues the journalism itself.

This Dutch app hit the U.S. in a beta version March 23 and it uses "micro-payments" -- a fee per article -- to send 70 per cent of the revenues to the news outlets. The fees range from nine cents to 59 cents, although it's not quite clear how publishers are pricing the copy. As a reader, it feels random. Is it length? Quality? Their production costs?

The gimmick is that if you don't like the piece, you can demand your money back. (I predict that plan will end in tears.)

You can get on a waiting list to try it here.

What makes Blendle big news is that it's the first sign we've seen that publishers (rather than techies) are trying to respond to what readers really want. Blendle's investors in the distribution scheme include the New York Times and a German publisher, Axel Springer, who together sunk 3 million euros into the app's development in 2014. (Blendle also got some funding from the Dutch government.)

The shocker is that publishers are spending money to help deliver their competitors' stories. Previously news outlets have built apps designed to deliver their print newspapers to digital subscribers -- with little success.

The recent Toronto Star tablet app "Touch" is a good example of media owners being weirdly out-of-touch with what customers want. The Star hoped to attract 180,000 subscribers and six months later it has about 26,000. Part of the problem may be that the app, which debuted last September, is designed for tablets, a tech toy that's been on its way out since 2014.

So the Touch app was probably doomed before it was even a gleam in some coder's eye. And its failure is part of a pattern in legacy media: arrive late to the digital party, panic, and then drop a lot of dough on a miracle solution that is already out-of-date.

It might be comic, if I didn't think newspapers mattered.

When it comes to attracting subscribers, newspapers share a problem with TV and cable: no one wants to pay for an omnibus anything. They don't want filler content. Audiences want just what they want, when they want it. On demand. Preferably with no advertising.

Is that too much to ask? (Yes, is the short answer.)

But Blendle is offering something close to the Holy Grail: a convenient ad-free app at a low price that delivers stories from a wide range of outlets. The trial, which went out to about 10,000 North American readers, has a list of 20 participating news outlets including The Economist, the New York Review of Books, and Mother Jones.

For audiences looking for a good read in a comfortable setting, Blendle is attractive because it excludes junk and distractions. And it lets you share what you read, a feature that is currently giving Facebook the edge in delivering stories. But Blendle is much more pleasant: it has a clean, easy-to-read format that has some of the virtues of mobile reading apps like Instapaper, with the added convenience of someone choosing the content for you.

And pay-per-read is seeing some success. Last summer, the Winnipeg Free Press was the first North American daily to introduce micropayments -- 27 cents a story -- and early signs suggest it has encouraged regular online readers to pay.

By contrast, The Globe and Mail charges more than $500 a year for its paper subscription that is stuffed with native advertising and "contributed" articles -- freebies donated by writers with something to promote. Digital subscriptions of the same content are $288-$324, or $2 a download.

For any reader, it's hard not to look at those numbers and calculate that the same $300 spent in Blendle would deliver more than 600 articles, with no propaganda in sight. (Although that doesn't reflect the real cost of producing journalism, it's how it will look to consumers when you price things this way.)

In theory, any publisher will be welcome to join Blendle, eventually. But in practice, an app like this holds no charm for sites that thrive on clickbait and traffic.

It's aimed at funding high quality journalism, not junk distractions, and it seems ideal unless you recall how connecting payment to a particular article has always led to the news media's worst impulses.

Agree or your money back

Good journalism is not always popular, while bad journalism, I'm sorry to tell you, usually is. Those are the "talkers." The stories everyone talks about, even when they're wrong. Often because they're wrong.

The formula isn't exact, of course. A good example of a fine piece of journalism that had the whole country talking was Kathy Tomlinson's beautifully researched piece in The Globe and Mail on the hijinks underpinning Vancouver's overpriced real estate. An article like that would generate a lot of dough on an app like Blendle.

But what about those writers people love-to-hate? Newspapers have always known that the writers who enrage readers also engage them. I know: it's perverse. But it's human nature. Still, you can bet readers will demand their money back on any opinion they disagree with (and then come back and read that writer again tomorrow).

While the money-back-guarantee is a standard feature of eCommerce, I would argue that it devalues journalism to treat it like a tchotchke. It isn't meant to please you; it's meant to make you think. Just because you hated a piece doesn't mean you wasted your time reading it.

Then there's the problem of the article that's well read for all the wrong reasons. In 2014, Rolling Stone ran a story about a woman who claimed she was gang-raped at a frat house at an American university. It turned out not to be true. But her story coincided with a number of high-profile complaints of sexual assault, including those against Bill Cosby and Jian Ghomeshi, so the story was timely as well as sensational. It pulled big traffic and sparked a lot of chatter even before reporters from other media began doing the fact checking that Rolling Stone had neglected.

The article has since been retracted and the magazine is now facing a number of lawsuits, but you can bet that if it had been read via an app like Blendle it would have been a big cash earner. Everyone was sharing it with friends and discussing whether it was fabricated. In that circumstance, could readers have demanded their money back for an article that was false? Let's hope so. Because otherwise, you would be creating yet another incentive for not letting the facts get in the way of good story.

Still, something like Blendle could provide some additional revenue for news outlets that attract a wide audience of national and international readers for a few articles in their otherwise local publications. And I could see Blendle being a boon for small producers of high quality writing, including some bloggers, some independent journalists, and even some literary magazines.

That's because Blendle isn't really selling journalism -- it's selling convenience. Done right, it could profit from being a broker that helps readers discover new publications in that vast online sea.

So I suspect Blendle will appeal to readers like me, who want just a few articles a year from a wide range of high quality publications. Of course, I could continue my (absurdly elaborate) rituals for gleaning the news I want. It involves a host of newsletters, Google alerts, and a daily skim of both Facebook and Twitter. Then I slap the pieces onto my reading app to peruse later. Add to that, visits to Snapchat and Instagram just to see who is circulating what.

It's a time-suck. So if a distributor can do all that work for me, I'm sold.

But it's not the whole answer for news outlets. Personally, I think the news media's solution is less this kind of an iTunes model, where you buy one item at a time, and more of a Netflix model, where you pay a set fee for access to a huge databank of items with a long shelf-life, along with some new items.

Still, I'm going to stick with Blendle through the beta. It's not perfect, but it's just a little bit closer to what most of us want from a news distributor.